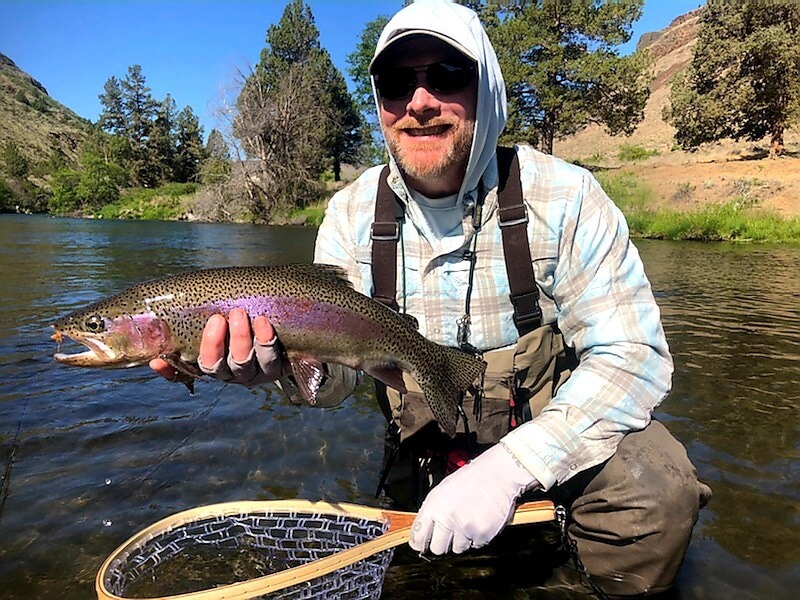 May was a Big Month!

Welcome to (almost) summer!  A stretch of warm weather last week offered a preview of abundant sunshine and shirtsleeve outdoor dinners, but as I write today, the temperature is below 60 and it feels much more like a traditional Oregon spring with showers and clouds.

First and foremost, a big thank you to Janet Arenz and co-chair Brian Silvey for a successful online auction in May!  Countless hours went into the planning and execution of our first attempt at online fundraising, so all who were involved deserve a round of (virtual) applause for their hard work.  More details about the auction can be found elsewhere in this issue of the Flyline.

May was a good fishing month.  My son Jack was out for a visit so we fished one of the Oregon Fishing Club properties in Washington County catching stocked rainbows on a mix of stripped woolly buggers and suspended balanced leeches. We also headed over to Central Oregon for a day trip wading the Crooked River below Bowman Dam enticing native redbands with dry flies as well as nymphs under an indicator.

Later in the month I was fortunate to be included on a three day float trip on the Deschutes during the height of the salmon fly hatch with club members Steve Wilhite, Rick Pay, John Pyrch and three non-club anglers.  We fished with Ethan Nickel Outfitters from Eugene and it was a great experience.  Ethan and his crew of guides did a superb job of putting us in position to catch a lot of fish with some neat custom fly patterns including a variation on a Clark’s stone that fooled many a Deschutes redside.  We also had good luck with dry/dropper setups in the riffles.  It was my first salmon fly trip in a few years and I was delighted to see so many large, healthy fish.  Interestingly, while we caught plenty of fish where you would expect to find them underneath alder trees and close to the bank, a surprising number were significantly further out in the river.  Perhaps the fish are moving as a result of the changing water chemistry and bug life caused by PGE’s cooling tower?  All in all, a wonderful trip. 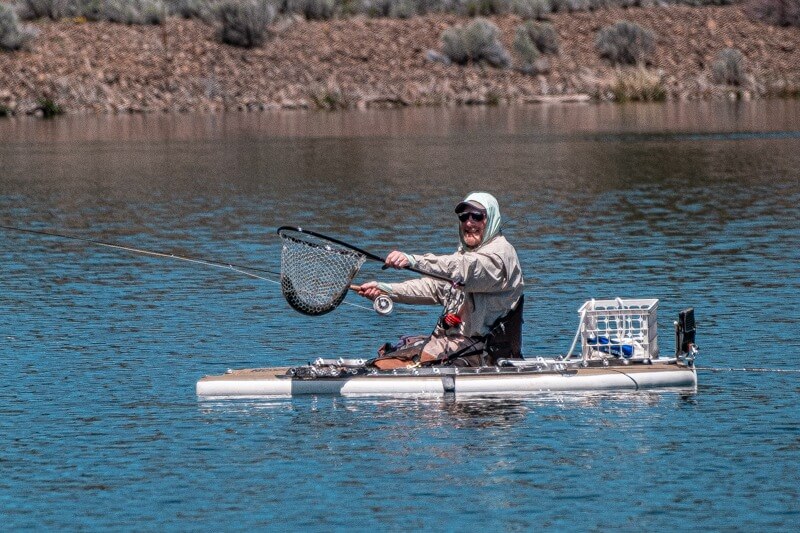 Last week, I was back out at Grindstone Lakes with club members Rick Pay, David Zarosinski, Paul Franklin, Robert Sheley, and two other anglers for a 4 day camp at one of Oregon’s premier still water fisheries.  The extra day added to this trip allowed us to fish more water, so we have now been on each of the five lakes on the property.  Weather and fish cooperated to provide a great outing with many large trout landed.  I checked off a modest bucket list item on the first day by hooking and landing several fish on a dry damselfly as well as subsurface damsel fly nymph.  We also had good success with dry/dropper rigs using purple chubbies or beetles on top and a variety of subsurface options including lightning bugs, pheasant tails, hare’s ears, damselfly nymphs, and even stick flies.  Trolled and stripped woolly buggers continued to produce fish.  After two hot and dry days warmed the lakes, we managed to catch quite a few on red and black chironomid patters suspended a foot or two off the lake bottom. On our last night at camp, Mother Nature treated us to a spectacular lightning show followed by a rain squall that did a pretty good job of washing our (very) dusty vehicles.

By way of business news, the 60th Anniversary Creel committee continues its work putting together a special edition of the Creel.  In addition, your club and foundation boards will meet on June 15 to discuss the auction as well as returning to in-person meetings now that we are approaching a post-COViD world. I for one and very much looking forward to seeing people in real life. 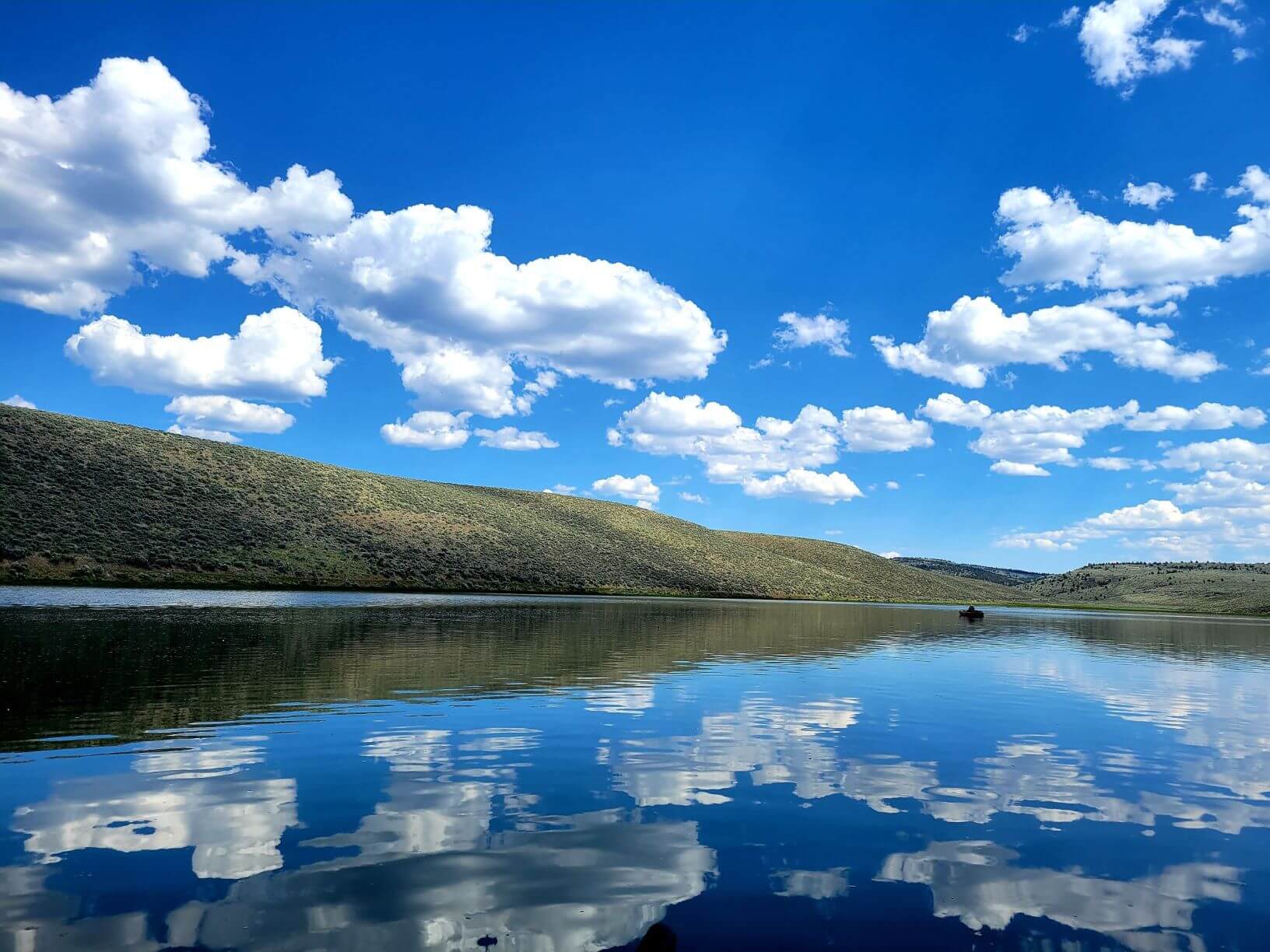