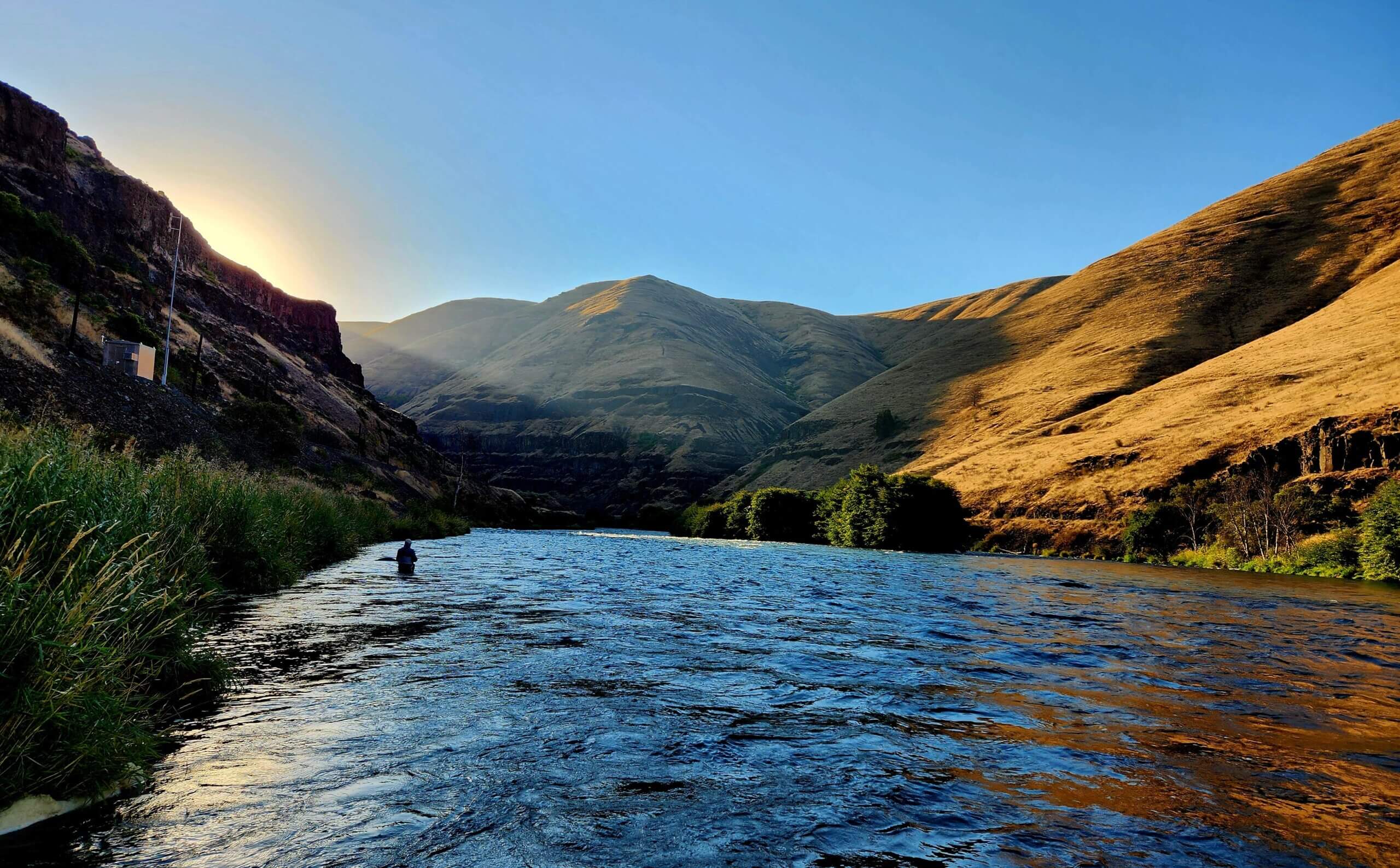 President Mike Radakovich is off the grid on a long-planned steelhead fishing trip in British Columbia, so I am pinch hitting for him on this month’s President’s message.  Mike sends good reports so far:  during the first two days on the Morice River, he hooked 9 steelhead and landed 7, including a 33” hen. Mike has another day of fishing the Morice before relocating downstream to fish another three days on the Bulkley River.  Both rivers are tributaries of the Skeena River, a legendary steelhead Mecca for fly anglers.  Good luck Mike, and remember, pictures or it didn’t happen!

We’ve had fewer people than usual at our recent FCO monthly dinner meetings, so I am hoping for a good turnout this month!  Our October 11 meeting features professional fly fishing writer and instructor Marc Williamson, of Fall River Fly Fishing.  Marc’s topic is The Art and Science of Reading Still Water, which should provide practical tips for beginners as well as experienced lake and pond fly anglers.  Marc divides his time between Sun River and Scappoose Oregon and is a frequent speaker at angling clubs.  Marc’s presentations have received high praise from well-known angling authors such as Gary Borger, so this promises to be a rewarding and informative evening.  Sign up this week to reserve your seat and select your meal.  The link is here.

The FCO and its charitable arm, The Flyfisher Foundation (TFF), have been managed for over 60 years by dedicated volunteers serving in a variety of key positions.  These jobs include FCO and TFF Directors and the related Officers (President, Vice President, Secretary and Treasurer) for each organization.  In addition, there are a number of supporting positions that the FCO needs to continue delivering valuable services to its membership.  These include the Auction Chair, Monthly Program Chair, the Membership Chair, the Flyline Editor, Conservation Chair, Organizer for Club Fishing Trips, and the Website Manager.

Now is the time to recruit several new volunteers to help continue the FCO and TFF traditions listed below.  Several current volunteers are planning to retire in the next year or so and it is an excellent opportunity to identify new stewards to work with these senior managers to facilitate the transition to a new group of leaders for the Club and Foundation.  If you are interested in becoming a volunteer, please send an email to Mike Radakovich (mwradakovich@gmail.com) or John Pyrch (jbpyrch@gmail.com).  There will be a joint meeting of the FCO/TFF board of directors on October 18 to continue this discussion. 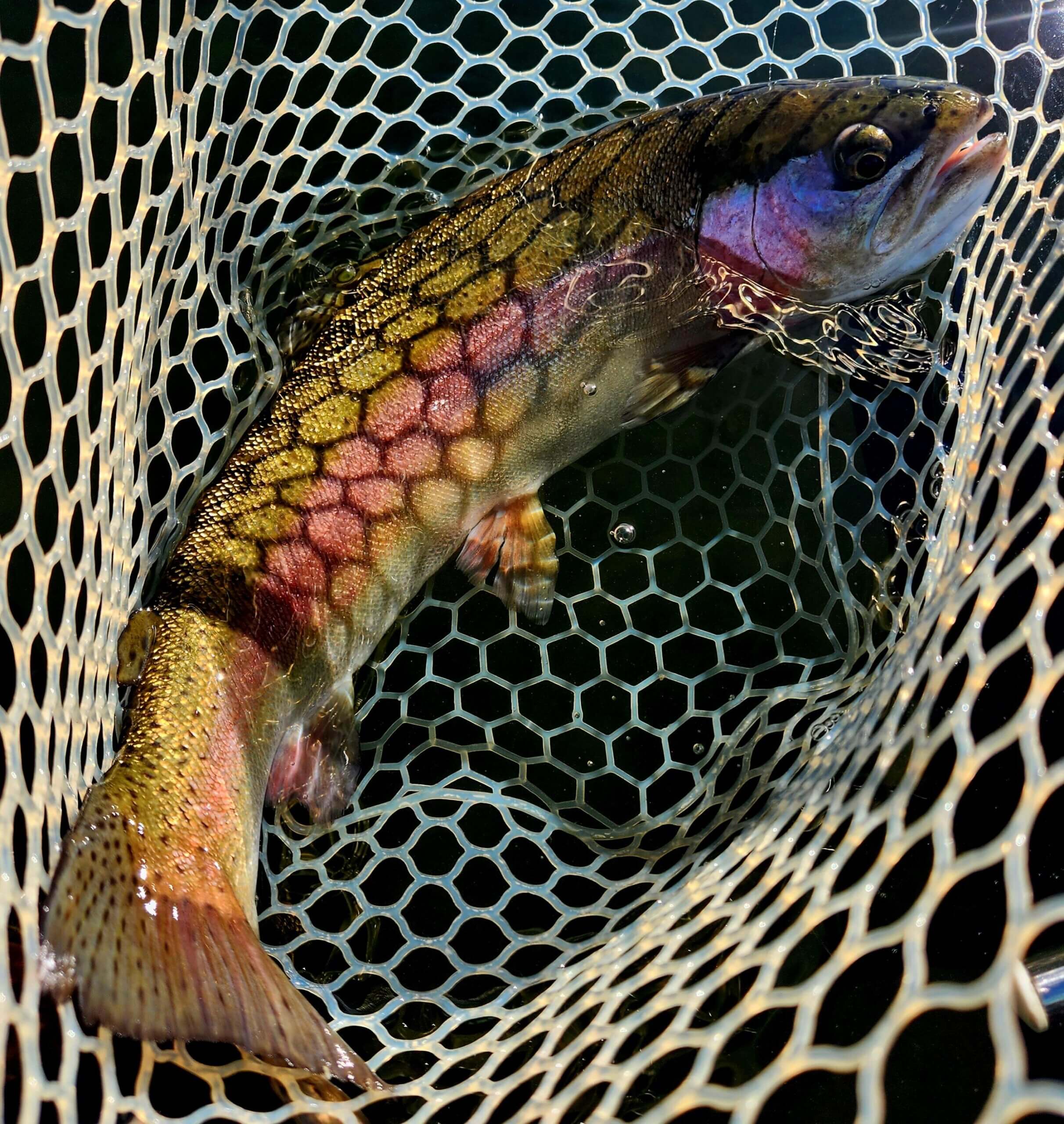 On Saturday September 24, six intrepid FCO members, including honorary lifetime member Dave Hughes, President Mike Radakovich, Harold Weight, Mark Seligman, Nancy Dyke, and myself ventured out to Rocky Ridge Ranch for a day of fishing, food, and fun.  It was a stunningly beautiful day in Tygh Valley, with a sunlit view of the back side of Mt. Hood and just a whisper in breeze on the water.  Our group was small enough to avoid crowding so we only fished two of the three lakes, Wild Rose in front of the cabin, and Mule’s Ear, the smaller pond behind it.

Fishing was slow for much of my morning.  I trolled a black woolly bugger down the length of Wild Rose Lake for over an hour with no action.  After adding a silver lightning bug off the hook shank of the bugger, I found a few willing fish, but most were LDRs.  Later in the morning as the air warmed up, Dave Hughes and I watched dragonflies depositing eggs toward the impoundment on the eastern shore of the lake.  Lots of big bugs bouncing over the water apparently got the trout stirred up, because we saw large fish launching themselves out of the water to grab a tasty morsel in midair.  After watching this exciting display, I figured it was time to switch to a dry fly rod and tied on a double damsel pattern which was the closest thing I had to a dragonfly.  It took several casts, but I was able to get a good eat on that dry before heading to shore for lunch. Mike Radakovich found some success with a hopper pattern as well.

Pitmaster and FCO member Mike Collins generously donated his time and effort to smoke a pork shoulder on his Traeger the night before and turned it into a delicious pulled pork using his own proprietary barbecue sauce.  Mike was too busy studying for his EMT test to fish for the day, so he and wife Leanne joined us for a quick lunch and conversation before they headed back home.  Thanks again Mike for a tasty lunch!  The afternoon found a few more willing fish which made it a full day.  We’ll put together at least two FCO fishing outings in 2023.

I hope the rest of you are finding some time on the water before we lose this stretch of glorious weather.