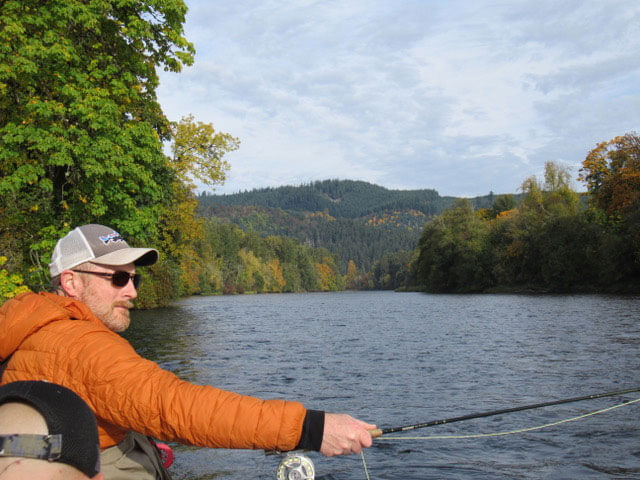 Welcome to fall in Oregon. The recent spate of rain and clouds has finally convinced me that summer is, in fact, over. The wet weather has been a mixed blessing for my personal fishing plans as it resulted in a cancellation of another trout trip on the McKenzie with Paul Franklin due to a torrential forecast that did not bode well for fishing or fishermen, so we’ll hope for a dry day or two to try again this month.

Despite that washout, Rick Pay and I were able to manage two trout trips in October. Our first outing was a day trip on the Deschutes with Brian Silvey on a chilly, overcast day. I brought three rods: a Euro nymph rig, a trout spey rod, and a dry fly rod. Two of the three were successful, but despite the cloud cover, the dry fly rod saw no action. As usual, Brian provided a great day on the water with a fine lunch and lots of good water. We found plenty of redsides and whitefish who were willing to take a fly on the swing and I managed to outfish Rick (at least for 30 minutes or so) by hogging a nice riffle that produced numerous fish with my two-fly Euro nymphing setup. Later in the month, Rick and I headed south to the lower McKenzie to fish with John Wall of the Portland Fly Shop. John kindly donated the trip to our virtual auction this year, and Rick was the lucky bidder. We drifted in John’s raft with two casting seats set fore and aft, which was a new experience for me. The fishing was slow but steady, with mostly cutthroat trout finding their way to the net in the morning interspersed with a redsides later in the day. Wet flies were the main attraction, but we did manage to find a few takers on dries in early afternoon. The weather cooperated for much of the day, but the last hour saw heavy rains and an upstream wind, which made getting off the water seem like a fine idea.

The 60th Anniversary Creel manuscript has been finalized and sent to the printer, with hard copies ready for distribution next month. A huge thank you to our intrepid committee leader Mark Metzdorff for shepherding this process, and to all of the committee members including Lisa Hansen, Rich Fitterer, Paul Franklin, Robert Sheley, and John Pyrch who contributed to a fine publication. Because this is our 60th year as a club, we wanted to acknowledge and celebrate this milestone with a special in-person meeting; however, recent feedback from club members suggests that many members are still not comfortable with attending meetings at the University Club. We will reach out to the membership with an updated survey in the near future to gauge interest in attending a special December holiday meeting.

Your Club and Foundation boards are meeting this month to discuss new business, including the 2022 auction, grant proposals for the Foundation, new leadership roles on the boards, and how we can continue to adapt to the not-yet-post pandemic environment. I encourage anyone with an interest in the Club to consider volunteering to help guide us into the future.

In the meantime, I hope you are able to get some final days on the water in 2021 as we bear down on the holiday season. 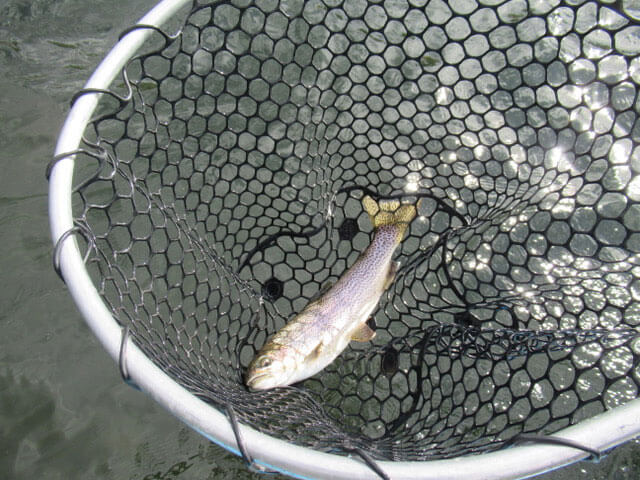