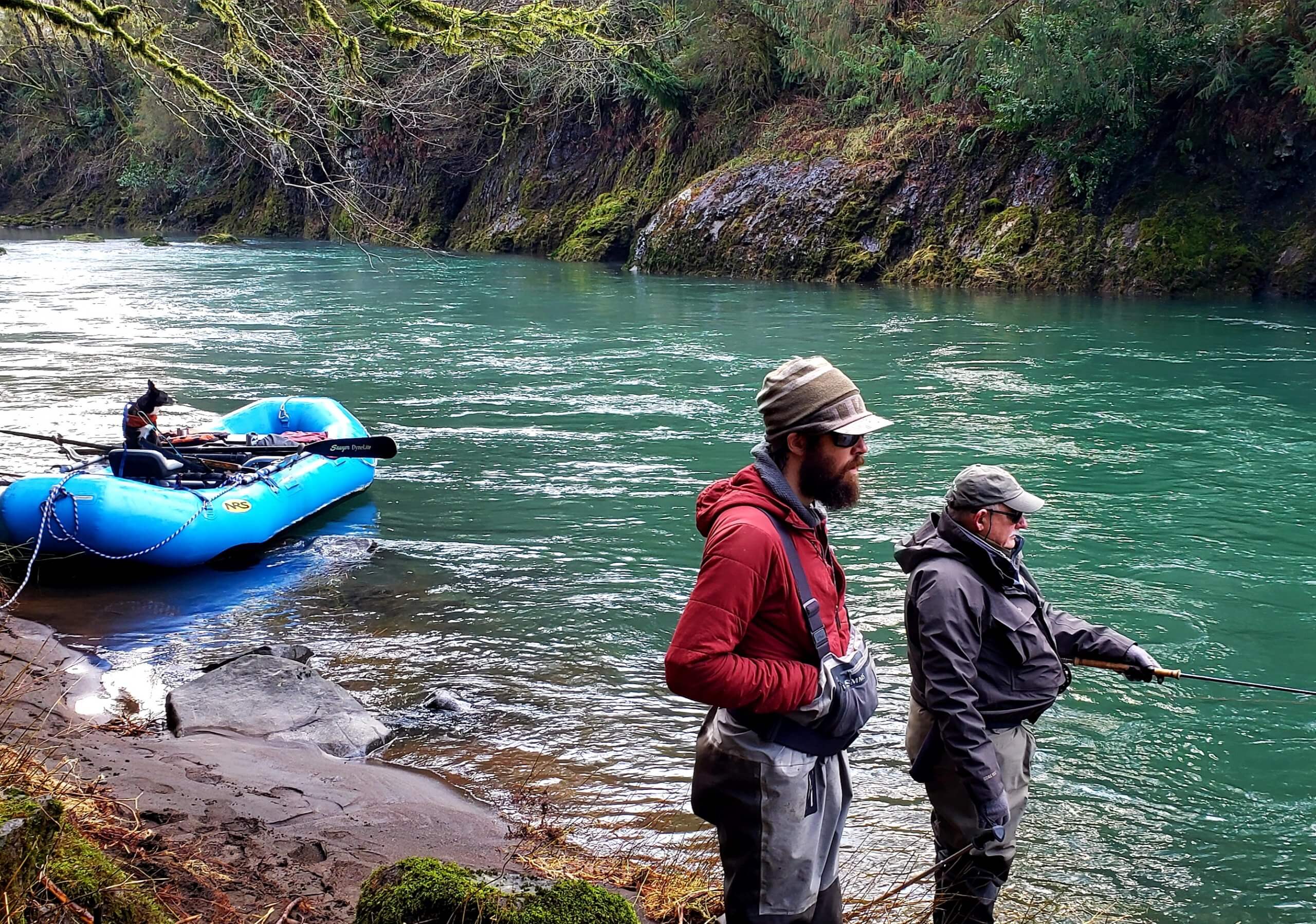 Happy February!  Punxsatawney Phil has decreed another six weeks of winter, which appears to have been confirmed by the major nor’easter that dumped several feet of snow on the east coast earlier this week.  Out here in the Pacific Northwest, we are in a La Nina weather cycle, which often brings more and colder winter precipitation. Fellow club member Rick Pay and I experienced some of that last Tuesday after getting blanked on the Nestucca River during a snowy steelhead outing. One confirmed grab for Rick plus a coastal cutthroat trout for each of us was the sum total of our day.

The weather was worsening so we left a bit early and made our way over the Coast Range but not without incident. Nearing the summit we hit a line of cars that had stopped due to several utility trucks struggling to make headway on the snow covered roads. Adding to the troubles, a large westbound truck with a little too much speed ended up sliding into at least one of the utility trucks causing a bigger mess. Thankfully, Rick was able to thread his way through safely and get us back to Portland just before the highway was closed.

Unfortunately for me, my other fishing trips (all with Rick – so I am blaming him) have been equally fishless. One trip to the Sandy early in January plus back to back days on the Wilson River and Nestucca River midmonth yielded exactly zero fish although Rick had a few bumps. I’m hearing similar dismal reports from other anglers and guides thus far.  Let’s hope for a better chance of finding fish in February and March. I know that John Pyrch, Steve Willhite* and Teri Beatty are on the water this week, so perhaps they can share some good news at our next meeting. 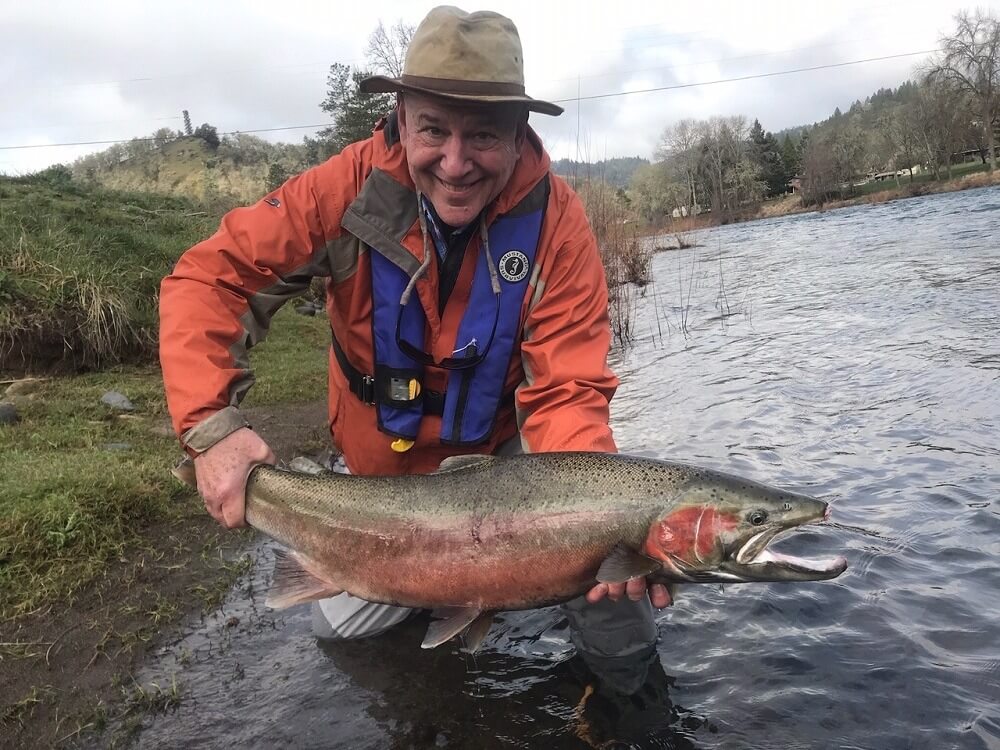 Speaking of which, we will hold our annual club meeting to elect the FCO board of directors on Tuesday, February 9 via Zoom. The meeting begins at 6:45 p.m. Please don’t forget to register for the meeting ahead of time by clicking on this link. The meeting starts at 6:45 p.m. We will vote on the slate of directors immediately before our regularly scheduled club presentation featuring local guide Marty Sheppard. Marty will impart some hard-earned knowledge about steelhead fishing, including reading the water, dealing with changing conditions, tackle recommendations, and more on how to pursue this wily fish. As usual, Program Director Mike Radakovich will have several raffle items to be awarded after Marty’s presentation. Winners must be (Zoom) present to take home the prizes. 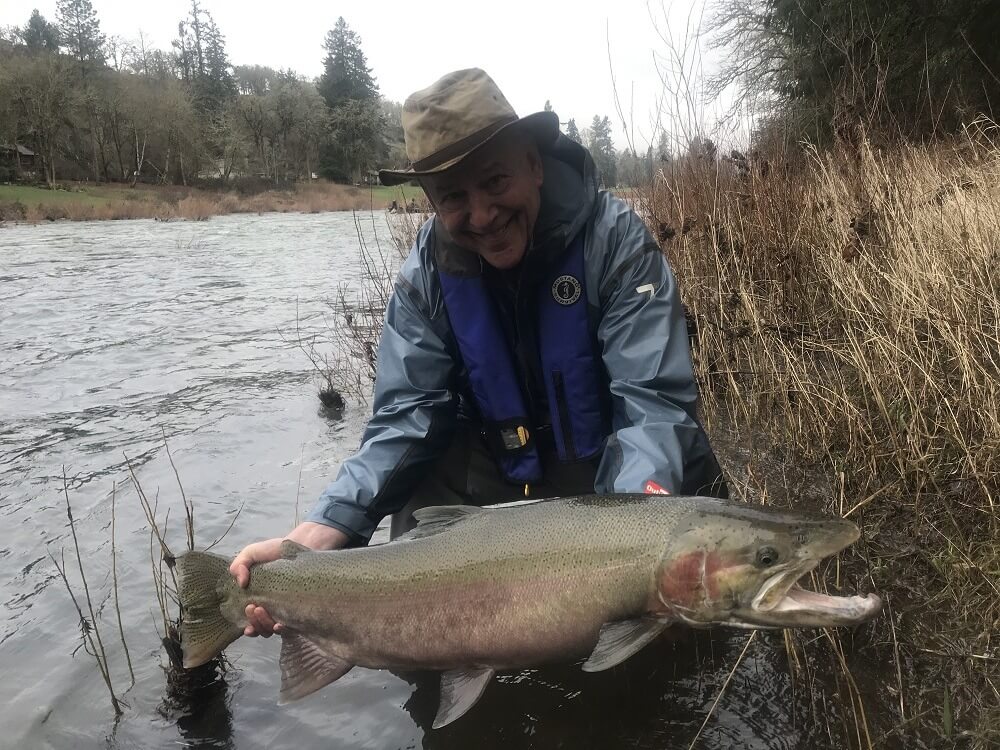 *This pic came in after the Flyline flew but we just had to add it! Surprise! It’s Steve Willhite with an enormous wild Umpqua River steelhead!

As a reminder, for 2021, the proposed slate of FCO officers for one-year terms is:

Two Board members are up for new three-year terms as directors at large:

Four remaining at large directors have continuing terms and are not up for election:

We will call for nominations from the floor for the open director position before the vote. If we have a quorum of the newly elected board, we can also appoint the 2021 directors for the Fly Fisher Foundation.

On that note, FFF president John Pyrch reports that he and the hardworking foundation directors are currently reviewing this year’s grant applications for the Keith Hansen Memorial Paddle Raise, which will occur at our virtual auction in May thanks to the ongoing efforts of auction chair Janet Arenz. Finally, your 60th Anniversary Creel Committee continues to work on a special edition of the Creel to commemorate a major milestone anniversary of the club.

Looking forward to seeing you (at least on a screen) on Tuesday.  In the meantime, I hope you get a chance to wet a line and better yet, hook a fish.