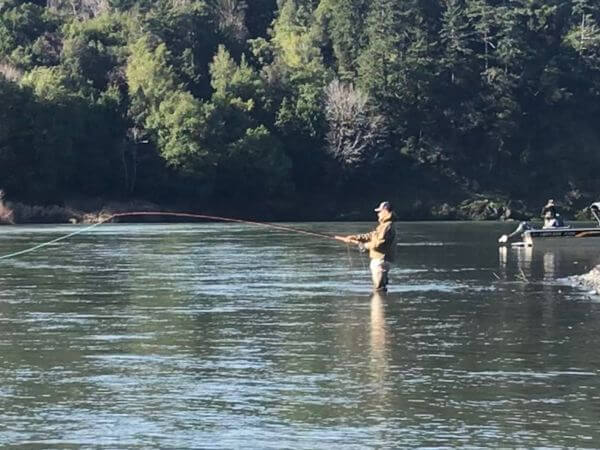 Petition for Catch and Release of Wild Steelhead

Last December the Oregon Commission of Fish and Wildlife heard testimony on a petition to prohibit take of wild steelhead in Oregon’s southwest zone. A group of local fisherman and river stewards submitted a petition arguing against wild steelhead harvest because Oregon Department of Fish and Wildlife (ODFW) has inadequate data on the status of these fish including whether they are being over-harvested. Currently the regulations allow retention of one wild fish per day and three per year. ODFW has been charged with developing a conservation plan for wild steelhead in the southwest zone but that plan, due back in fall of 2019, has not yet been released. Mark Sherwood, executive director of Native Fish Society said that lack of data from spawning surveys, questionable accuracy of harvest data, and inadequate enforcement of harvest regulations justify restricting harvest until a conservation plan that addresses these concerns is adopted. Additional points for implementing the no harvest rule were:

Releasing large steelhead allows these fish to remain in the gene pool, leading to more large fish in future generations.

Drought and ocean conditions appear to have reduced catch rates but more data is needed to quantify changes in returns year to year.

Oregon South Coast Fishermen, submitted a petition supporting retention of the current harvest regulations. They argued that there are no low population forecasts for wild winter steelhead. Moreover, they say steelhead are one of the most resilient anadromous fish and can adapt to changing conditions. They argued against the idea that catch rates have dropped, noting that steelhead are the fish of a thousand casts and notoriously difficult to catch.

In January 2020 the Commission denied the petition for catch and release of wild steelhead. According to the ODFW website, Commissioners said ODFW staff “do not have a conservation concern for wild winter steelhead on the south coast for 2020. The declines in wild steelhead in other parts of the state have not been observed in the SW Zone and current regulations are already conservative.” They also cited the conservation plan that is under development as a reason to maintain the current regulations. But Native Fish Society provides much more detail on what went on in the January hearing. According to Mark Sherwood, “the Commission was left confused about whether or not adopting the petition and/or taking additional actions could result in immediate changes to the 2020 winter steelhead season (January 1 – March 31 in most rivers).” That confusion ultimately resulted in a 4 – 2 vote rejecting the petition. The good news is that wild fish advocates including Native Fish Society will be at the table as the conservation plan for the southwest zone is finalized and released. We need good data collection methods, sound data collected, and rational decisions based on that data to guide conservation of the unique steelhead of the south coast. 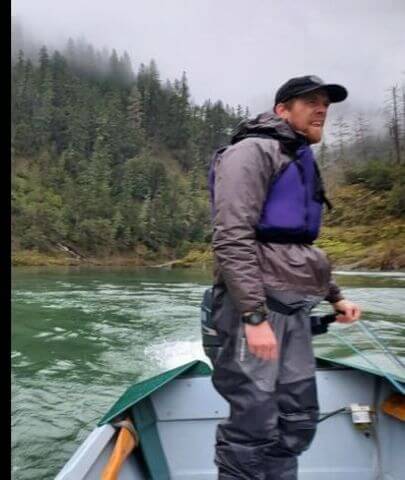 Mark Sherwood on the Illinois River