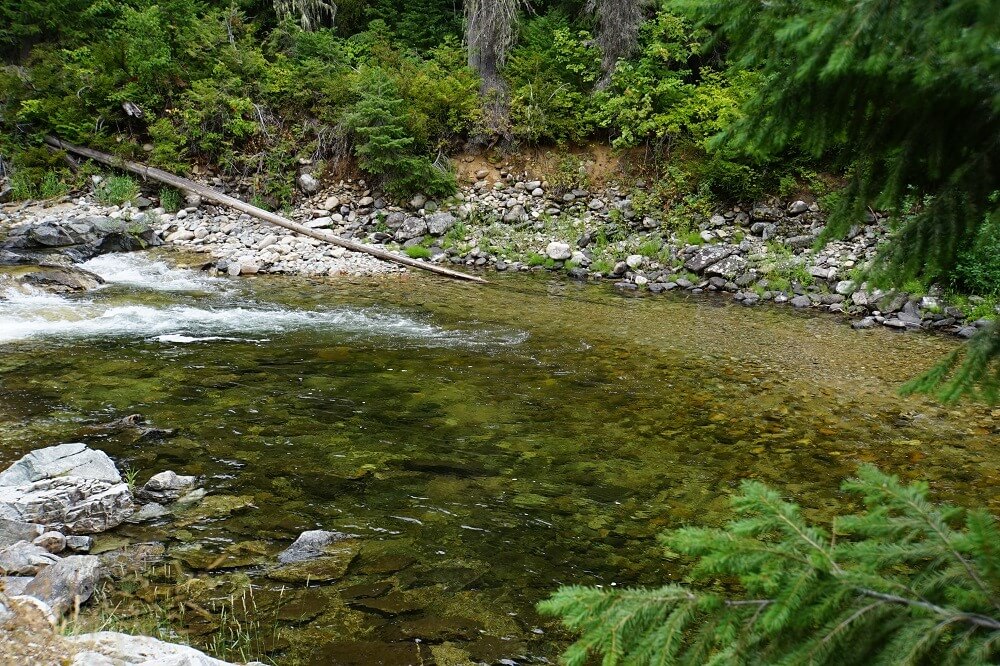 Mystery Fish on the Locksa River

It was drippy and cool, driving along Idaho’s Locksa River in early September. We were looking for a promising fishing spot off the side of the road. On a nice wide piece of gravel, we pulled over and looked down a long embankment.

There was a beautiful green/blue pool at the bottom of a rocky rush of water. Curt saw a large fish move, then a few more. They had white tips of decomposition on their fins. They were active, but staying inside the pool. We watched a buck chase off two other large, dark fish. 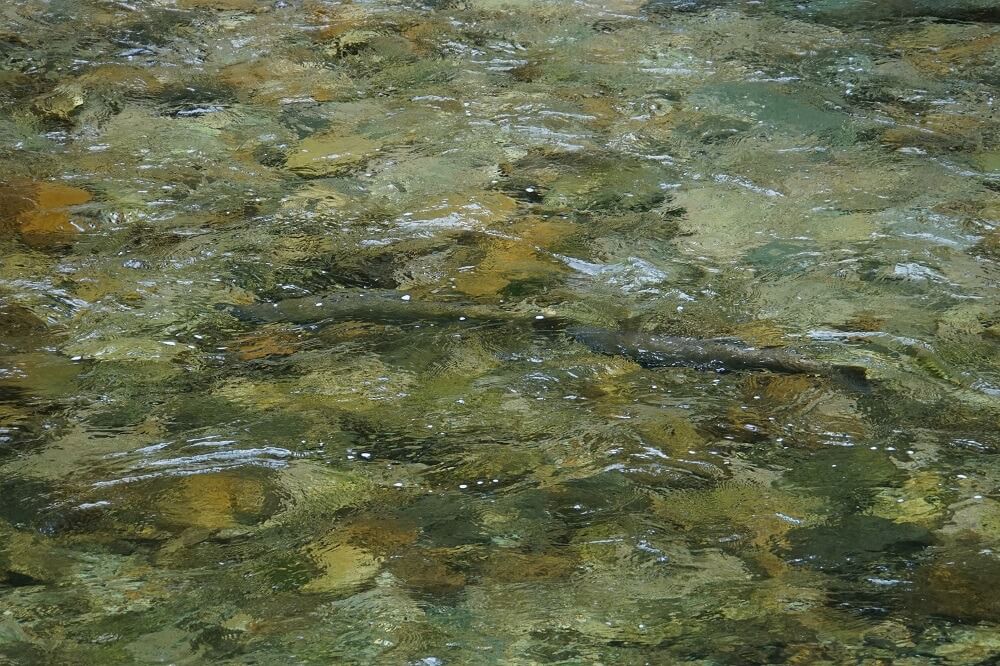 Over the next few minutes we watched other mating behaviors. We saw a hen roll on her side and thrash her tail for a nest in the gravel redd, flirt with the bucks, and then work on her nest some more. 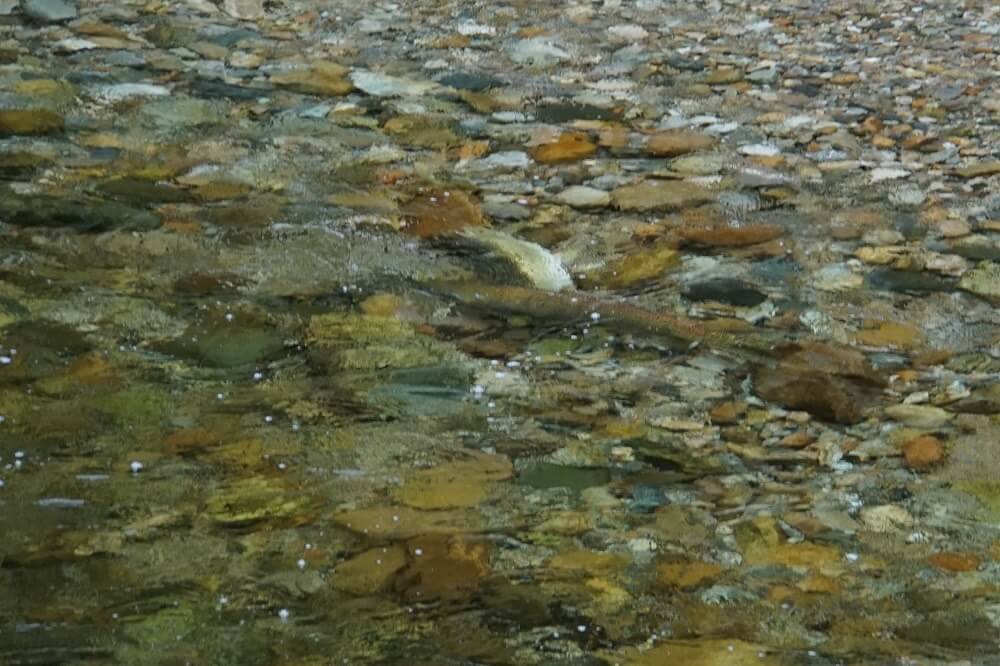 Hen building nest in the redd

We guessed if they were Steelhead, or Salmon, or big Bull Trout, or…? We talked to several locals in Idaho and Montana, but no one could guess better than we could. Once home, I called the Nez Pearce National Forest for the Locksa Powell segment of the Clearwater Wild and Scenic Waterways, where we saw the mystery fish. They said there are several big salmonoids at home in the Locksa, most prominently Steelhead, Coho Salmon and Fall Chinook. With some conversation and a look at the calendar, the agent said it was most likely Fall Chinook, who at 3-4 years old return to their natal river in September. Mystery solved!

Friday October 9, 2020 The Commission will review a request from the Ochoco Irrigation District to waive fish passage requirements at their hydroelectric plant at Bowman Dam on the Crooked River. Oregon Department of Fish and Wildlife recommended to reject the waiver because the proposed mitigation strategies would not benefit wild native fish to the degree that fish passage would provide. The deadline to register to testify will have passed by Flyline posting time but you can submit comments up until October 9th. Thanks to David Moskowitz for the heads-up on this issue.

September was a very dark month for many Oregonians. Some of our friends are still sifting through ashes and debris in search of anything that they can salvage from our devastating wildfires. The suffering and loss are hard to imagine. The large aid agencies like American Red Cross, United Way, and Oregon Food Bank have leveraged their strength and fundraising capabilities to help many displaced residents. In addition, local groups are on the ground in communities devastated by these infernos. Even if you have already donated, consider another donation to help people who live (or lived) on our near the rivers we have fished and hiked. Glide Revitalization, Phoenix Talent Fire Relief Fund,  Colton, Estacada, Molalla Wildfire Relief Fund, Santiam Canyon Wildfire Relief Fund. Thank you.