Huge Thank You to Mike Collins! 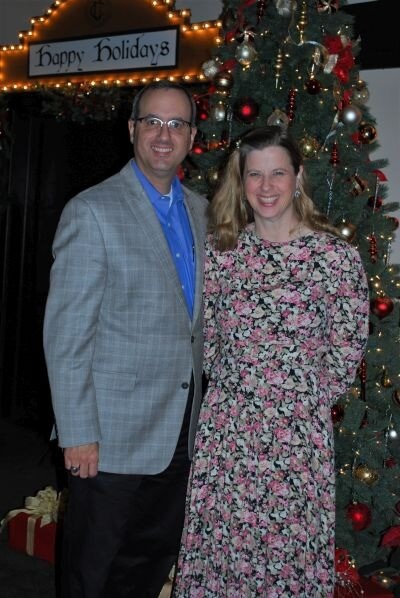 Mike Collins saw a notice that there was a Flyfishers’ Club program one week in 2001, and walked in off of the street to see what it was all about. A member there greeted him, and Mike explained that he was a fly angler and wanted to attend the dinner and program. The member happily obliged the guest, and at the end of the meeting, asked if he would like to become a member. Mike did, and filled out the application. The member signed as his sponsor – he was Keith Hansen.

For the last nineteen years, Mike has been a consistent contributor of time, expertise and leadership in both the Club and the Foundation. He is currently the Foundation Treasurer. Unfortunately, the corporation where he is a Vice President, requested that he resign from the Foundation – apparently to avoid any potential conflicts of interest.

We want to thank Mike for all he has given to us over the last two decades. He has served as Treasurer of the Club and the Foundation, has been President of both the Club and the Foundation, was Auction Chair for 6 years, has been a phenomenal BBQ chef at many Club events, and has donated fishing trips to auctions. He is also proud to have recruited the first woman President for the Club.

Most especially, he is proud to have been given the invitation to officiate the memorial service for Keith Hansen, an honor he says he will treasure his entire life. (Editor’s Comment: Mike’s compassionate officiating of Keith’s service and his genuine caring is held close in the heart of this editor – he is a true treasure himself! LKH)

If you have experience reviewing financial statements and would like volunteer on either the Flyfishers’ Club of Oregon or Flyfisher Foundation Boards, please contact John Pyrch or Jim Hillas.  Board service is interesting, rewarding, and a great way to become involved in your Club! Help us chart the future of the FCO and make a difference for our members! Your contributions would be greatly appreciated.

Dennis Oster from Portland has joined our Club! His interests include fly tying, photography and woodworking. Dennis, we look forward to meeting you soon at an FCO meeting. And we love new contributors to our tying table during the Wet Fly Hour at the beginning of the monthly meetings. No pressure! Just fun! 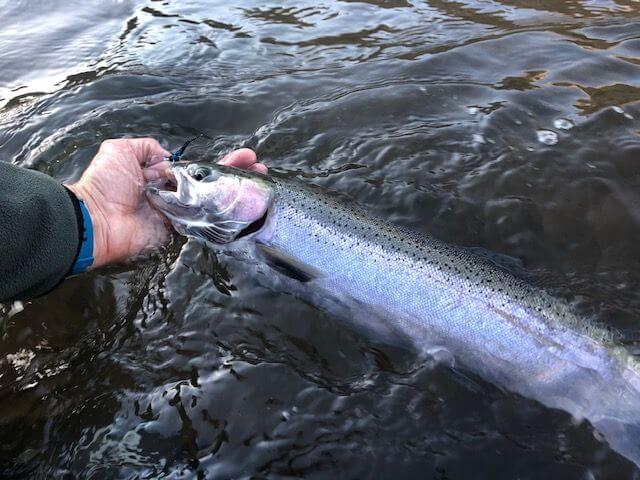 Felton’s wild Deschutes steelhead – Thanks for keeping it wet!

Felton Jenkins can make all of us jealous. He connected with this wild steelhead on a bike trip riding up the trail on the Deschutes in mid-October.  Felton said, “Weather was fantastic, no wind.  I’m lucky that I can get to the lower river state park 40 minutes from home and start biking up.” 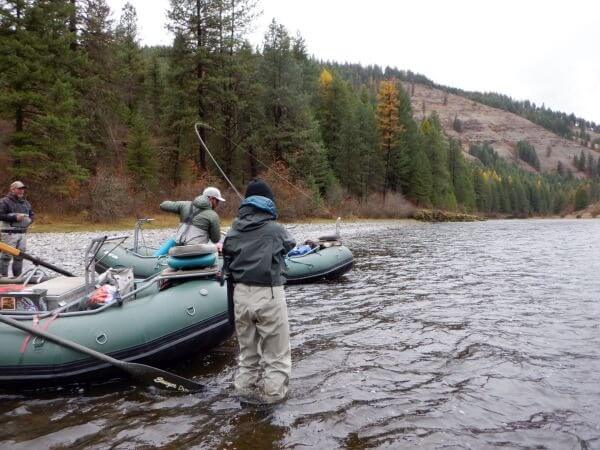 Lisa Hansen with hearty Grande Ronde rainbow on the line

Lisa Hansen, Jim Cox, and two additional kind anglers were expertly guided by the Little Creek Outfitters team for 4 days on the Grande Ronde River the 3rd week in October. The trip was organized by Western Rivers Conservancy where Jim is the organization’s Director of Donor Relations. Steelhead were hard to come by but the Grande Ronde rainbows are quite impressive in their own right! Powerful rainbows took swinging flies along with tiny lightening bugs on hopper/dropper rigs. Weather was decidedly cool but Marty Sheppard’s team warmed everyone nicely by the fire at each streamside camp. The fantastic scenery was true eye candy! Wildlife sightings included mountain goats, elk, bald eagles, and a black bear (the latter seen only by one of the guides). Western Rivers Conservancy conveyed land on Catherine Creek, a tributary of the Grande Ronde, to the Confederated Tribes of the Umatilla Indian Reservation in 2015. This project opened the door for restoration activities in critical spring Chinook habitat. 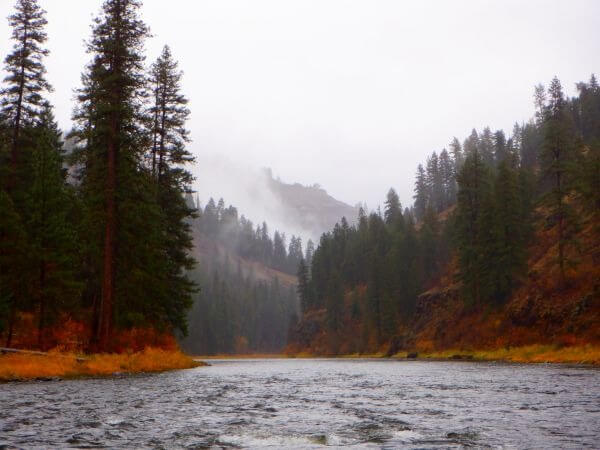