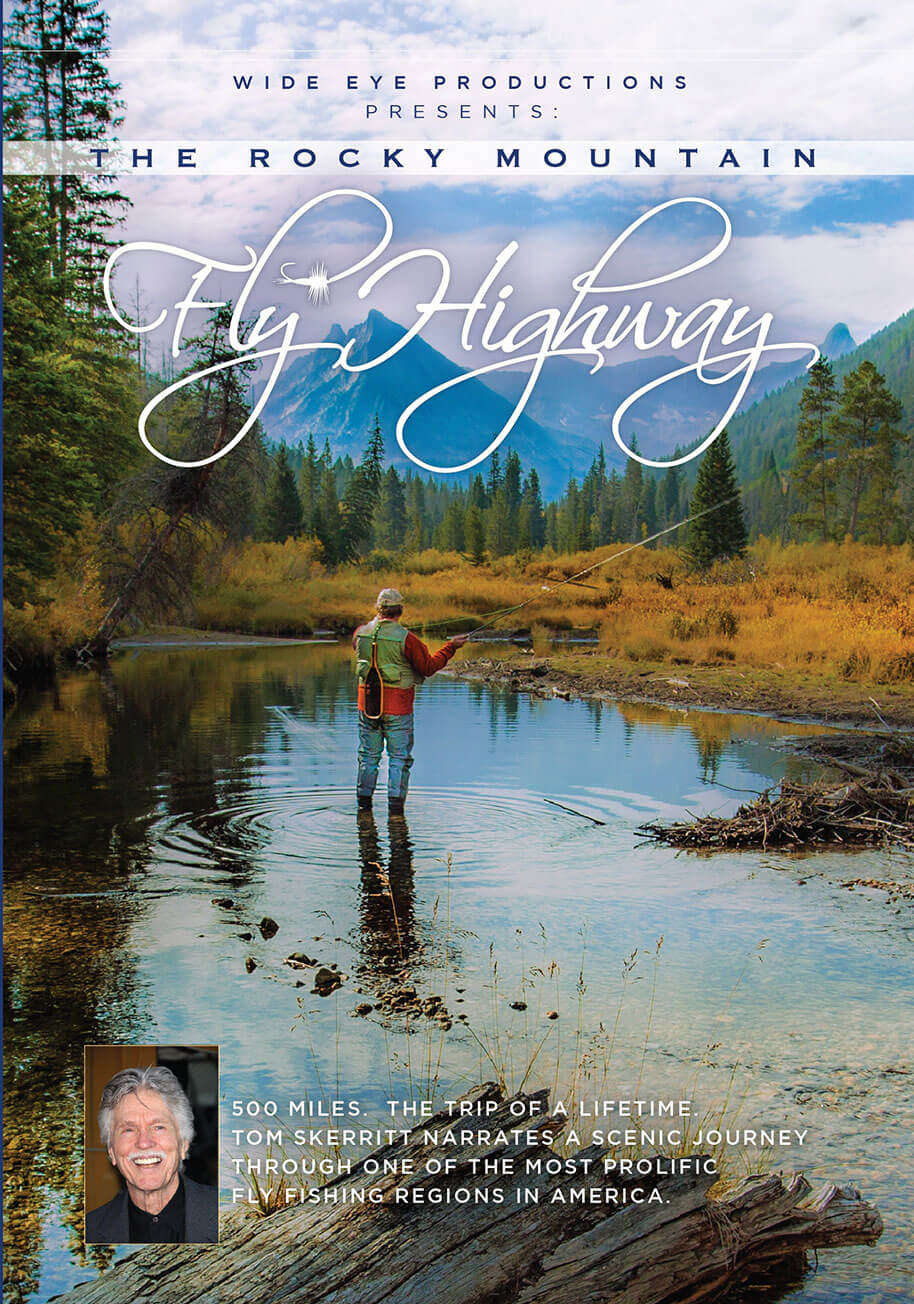 During this time of Covid-19, I have spent many hours at my fly-tying vice tying steelhead and trout flies and dreaming of the rivers I have yet to fish. Recently I was exploring the offerings on my Prime+ accounts and came across a film called The Rocky Mountain Fly Highway. I wasn’t prepared for the spectacular scenery and amazing trout fishing portrayed by this movie but it is worth the approximate hour it takes to wind your way down this highway and starting to dream of fish and adventures to come.

The Rocky Mountain Fly Highway is that stretch of US Highway 20 that runs from northwestern Wyoming, into Montana, across southern Idaho, ending in far eastern Oregon. It starts in a national park, goes through forests and high deserts and shows the scenery, wildlife, birds, flowers and fish one will see along the way as they trace the paths of the mountain men as they hunted ‘gold’ in the form of beaver pelts during the 1820s and 1830s. Many of the rivers covered in this film were ‘prime time’ for their pursuit of pelts and adventure.

The film starts on the Firehole river in Yellowstone National Park. I haven’t fished most of the rivers it reviews, and now the Firehole leads the list of those I would like to try. The film then moves into Montana to the Madison and several lakes found along the way. From there heading west along highway 20, are many rivers including the Teton, South Fork of the Snake, Big Lost River, Silver Creek, South Fork of the Boise, and finally the Owyhee. The variety and size of the trout that make their homes in those waters are pretty amazing. Cutthroat of many subspecies, Rainbows, Brook Trout and German Browns range from scrappy 6 inchers to fish over 25 inches that barely fit the net.

This movie is worth the time even for those that don’t fish. The Grand Tetons, river canyons, waterfalls, forests, Craters of the Moon, and the high desert offer a bounty of scenery and enjoyment that anyone will find entrancing. The background music is dreamy, and the narration takes the watcher into the adventures offered and some of the people and guides you may meet by traveling the highway.

This movie reminds me of why I fly fish. The Rocky Mountain Fly Highway is an expansive pursuit that could take a lifetime to explore. As the narrator says, it makes you feel small but most important, it makes you feel. 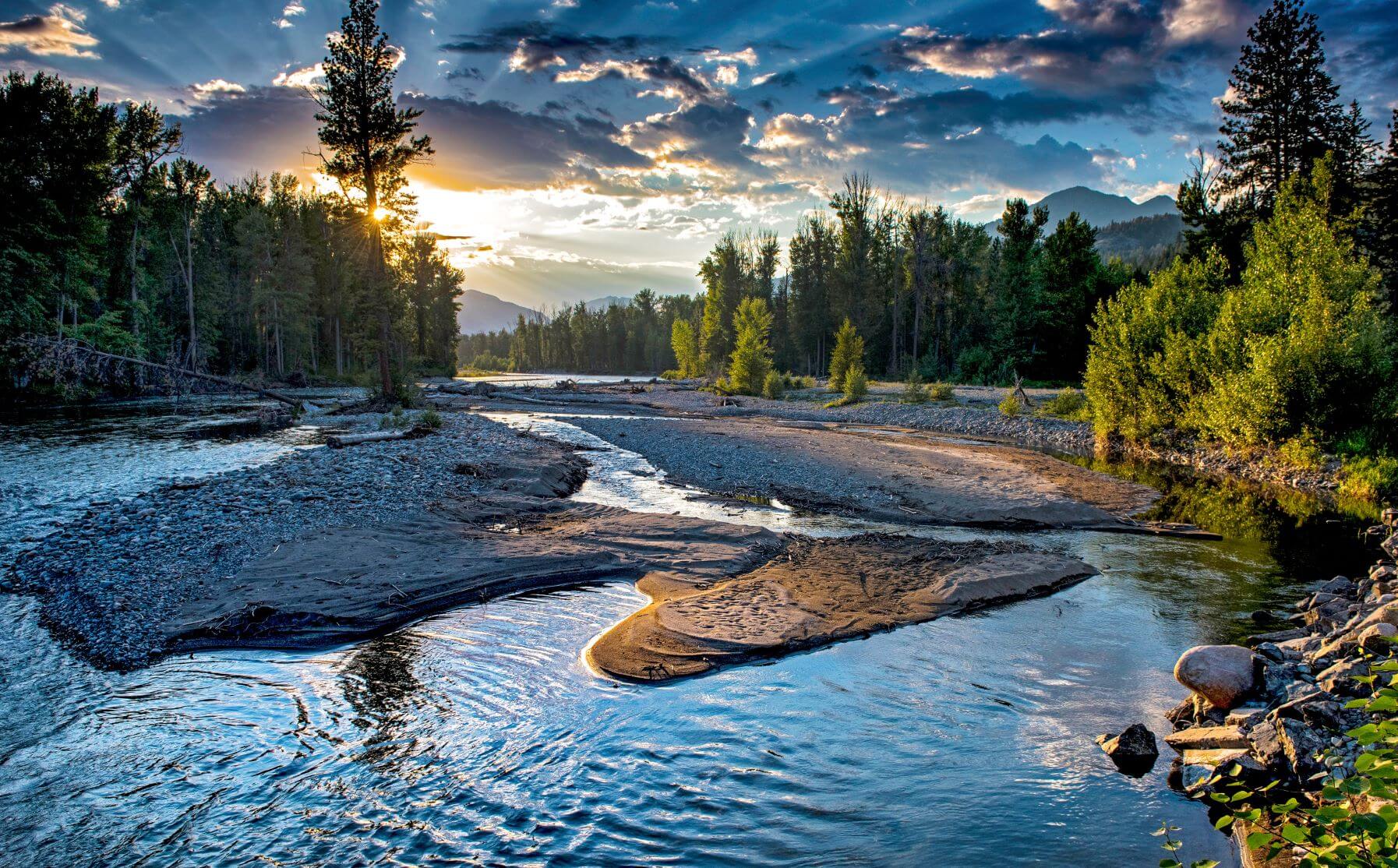 Great Rivers of the West is a live, online series from Western Rivers Conservancy that will take participants on a virtual journey down dozens of the best, most important rivers in the American West. Each of the eight, weekly episodes will feature a live, narrated slideshow from author Tim Palmer, a lifelong conservationist and expert paddler who has made the study of rivers his passion and career for over four decades. Tim will take viewers state by state, river by river, and share why they matter for fish and wildlife, why they’re worth exploring and how to experience them on your own.

Every episode will begin with an introduction from WRC’s President and co-founder, Sue Doroff, and the founder and CEO of Fishpond, Johnny Le Coq. Tim will follow with a fast-paced, 30-minute slideshow, and each episode will conclude with a live Q&A with Sue and Tim. Episodes will air every Wednesday at 6 p.m. Pacific Time, from March 3rd to April 21st (Oregon is featured on St. Patrick’s Day!). Each episode will last approximately 45 minutes. Lucky registrants will have a chance to win high-end gear in each of the eight weekly drawings thanks to partner sponsors, Fishpond and Sawyer Paddles and Oars. Register at this WRC page.

Your Membership Chair, Rick Pay, announces another new member to the FCO!

Our new associate member is Adam Rumack from Brookings, Oregon. He shared his interests in coastal steelhead, fishing rivers and streams, and fly tying. Wonder if he fishes with member Mark Sherwood down on the south coast. We hope to meet you at a future FCO event Adam! In the meantime, welcome to the Club, the Flyline, and our next FCO Zoom!