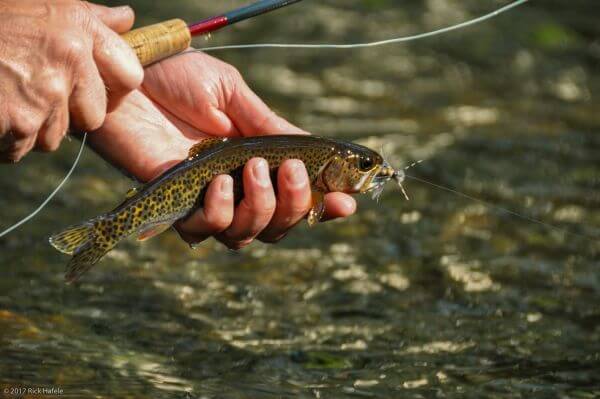 If you are an angler, you already have the most important asset to the Club and the Foundation: your enjoyment of fly fishing, your hope for better waters, and your desire to keep fish flourishing. This means you are already involved in helping to achieve our missions.

Other assets include your ideas, your knowledge, and your experiences. The Club’s 60th anniversary has been a perfect time to encourage members to bring these assets into volunteer roles as we head into the new decade.

Current Board members and volunteers are encouraging you to look at areas in which you may want to contribute some time. It’s important to rotate new members into these management positions to ensure continuing success.

Many board members have had long tenures because they are motivated to make improvements and have seen a history of great results for our goals. At “60,” they see new ideas and good directions that “new blood” can bring. Current volunteers are ready to transition roles over to new members who haven’t had the opportunity to be engaged.

We can provide you descriptions of any of these roles and activities, and are happy to connect you with anyone currently holding a position for detailed information. At minimum, most Officer and Committee Chair roles are 1 year at a time, and At-Large Board Members are 3 years. No campaigning is necessary for these opportunities! 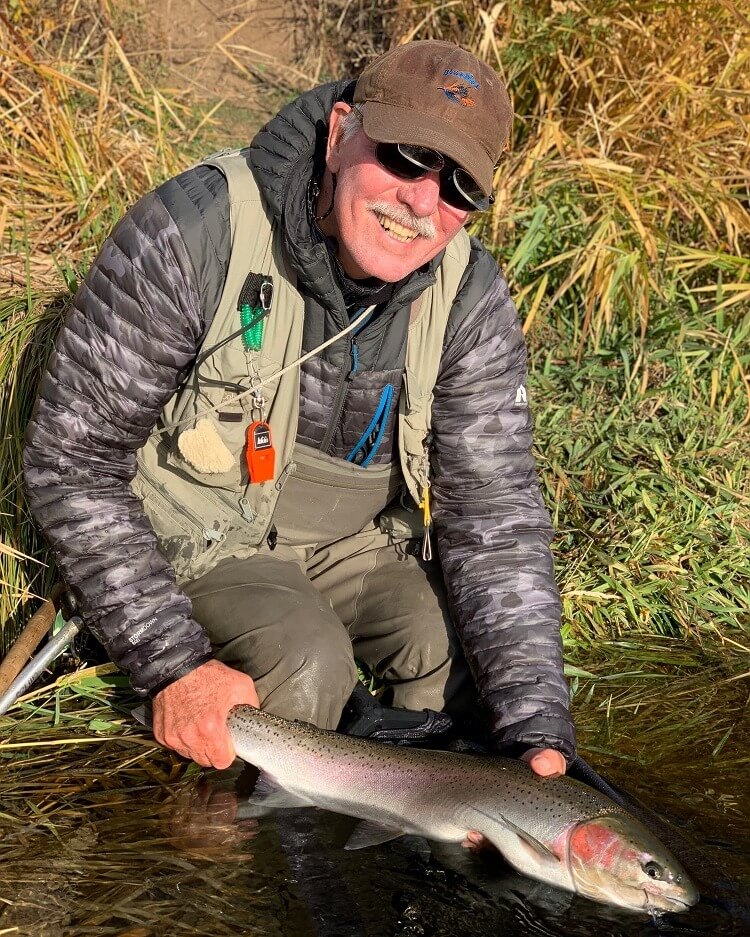 Leadership includes FCO (Flyfishers’ Club of Oregon) and TFF (The Flyfisher Foundation) Officers (President, Vice President, Secretary and Treasurer), as well as At-Large Board positions, for each organization.

There are a number of roles that are not Board positions, but are critical to our membership — delivering information, activities and fellowship — which include the Auction Chair, Program Chair, Membership Chair, the Flyline Editor, Conservation Chair, and the Fishing Adventures Chair.

WHAT HAS BEEN ACCOMPLISHED

One of the finest libraries of fly fishing literature in America.

TFF/FCO donated its entire C. Edwin Francis Collection of rare and out-of-print fly fishing literature, valued at over $100,000, to the Multnomah County Library (MCL).  And since 2000, we have invested $74,000 in maintaining and expanding this collection. Our gift to the MCL made this unique body of literature available to the public. In addition, the MCL has agreed to permanently house the archives for FCO and TFF.

Since 1997, TFF/FCO have awarded $114,500 in academic scholarships to graduate degree candidates in fish biology and/or ecology at Oregon State University.

TFF/FCO have granted nearly $350,000 since 2003 to conservation organizations undertaking significant work to protect and restore the river environments that support fly fishing opportunities for present and future generations.

We are looking for new volunteers to help continue FCO and TFF momentum and success!  Now is an excellent chance for new stewards to work with seasoned volunteers who will support transitioning a new group of leaders for the Club and Foundation.  If you are interested in volunteering, don’t hesitate to email Mike Radakovich mwradakovich@gmail.com (incoming Club President) or John Pyrch jbpyrch@gmail.com (incumbent Foundation President). 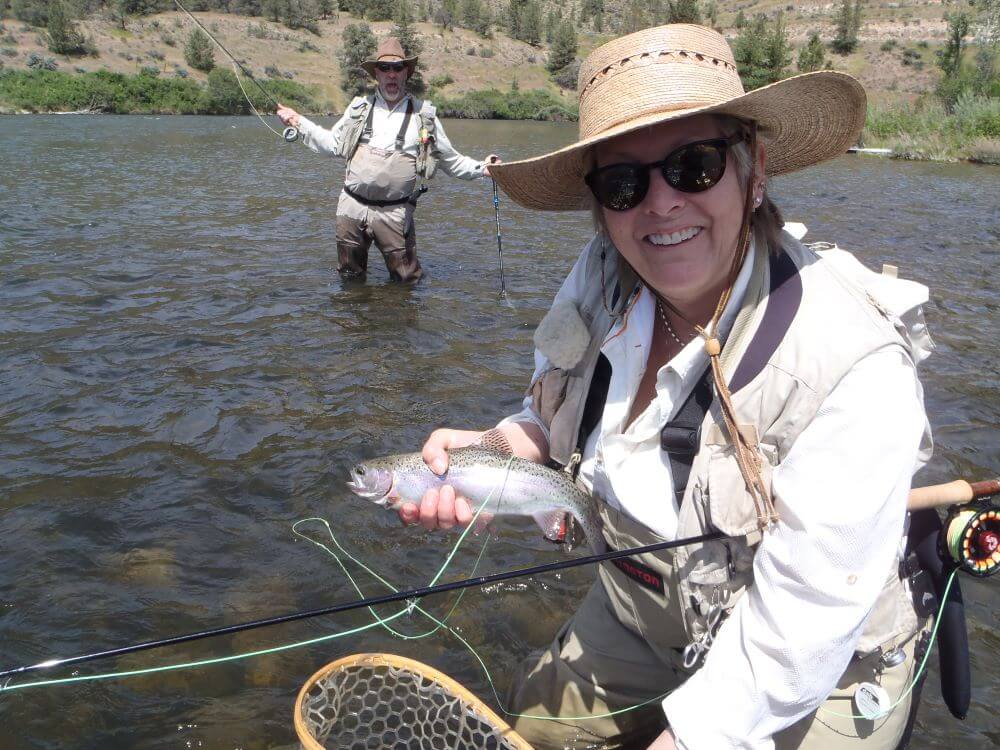 The December meeting was auspicious and entertaining for many reasons, not least of which was the first in-person gathering in 22 months! In addition, it celebrated the Club’s 60th Anniversary. The Wet Fly Hour was well-attended from the start with the usual suspects closely guarding the bar and many others mixing and conversing in good cheer. 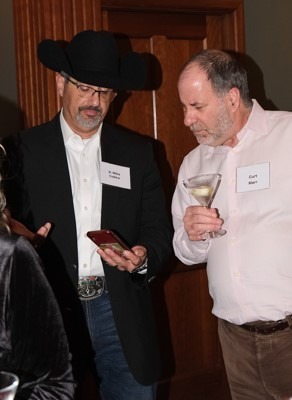 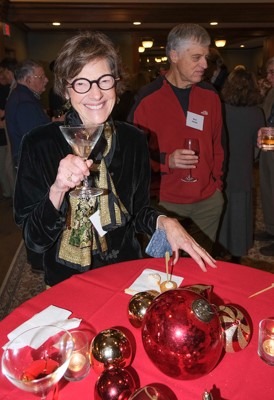 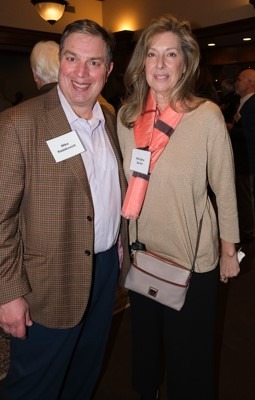 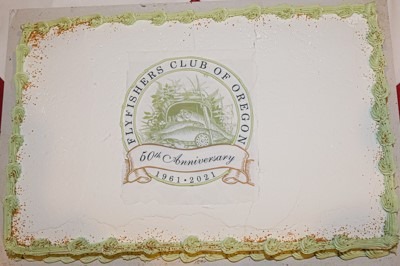 The official Anniversary cake was on display and thoroughly inspected by all in anticipation of it’s sacrifice for the dessert part of the meal to come. 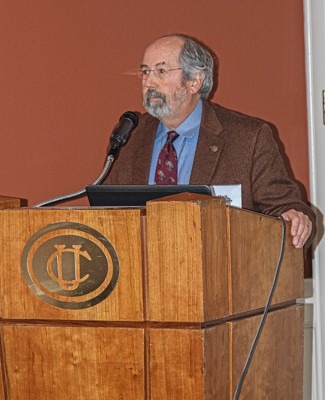 At 7:00 p.m. the group filtered into the dining room and nearly every seat was taken. Club President Jim Hillas made opening remarks that included a sense of relief we could all gather in person, making for a much more enjoyable and personable experience. He was followed by Foundation Chair John Pyrch to introduce Dr. Mark Metzdorff, who then commemorated the 60th Anniversary with a brief presentation on the Club’s literary history, as well as the tradition of a “Couples’ Night.” He touched on the many significant contributions by an impressive array of noted authors from the past through the present day. The tradition, originally “Ladies’ Night,” was started in grand fashion in 1961 with a talk from Roderick Haig-Brown, and thereafter from time to time by other giants of fishing literature. Many of these came from outside the Club, but not overlooked were accomplished FCO members including Dr. Lenox Dick and the incomparable Dave Hughes.

Mark’s presentation concluded with a description of the recently completed 60th Anniversary Creel anthology which contains a wide variety of writings covering the whole of club history, bound in a very handsome volume. The project was headed by co-chairs John Pyrch and Mark as well as contributing members of the 60th Anniversary Creel Committee – Rick Fitterer, Paul Franklin, Lisa Hansen, Jim Hillas and Robert Sheley. The Flyfisher Foundation sanctioned and funded the project; and after dinner, copies of the The Creel were passed out to attending members (all members will receive a copy). The volumes were enthusiastically received. 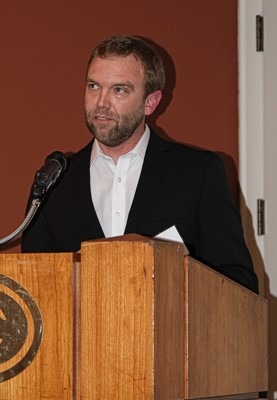 Nick Wheeler of the Portland Fly Shop entertained members with his dinner presentation entitled Infinite Season – A Guide To Year-Round Success. Nick covered many waters in our state and the possibilities available at any time of year. No fish species was spared, including trout, steelhead and salmon as well as shad, carp and smallmouth bass. It was an energetic, dynamic talk and while it wasn’t obvious how he could fish so much while staying employed/married, it was clear that if anyone could pull it off it is Nick. 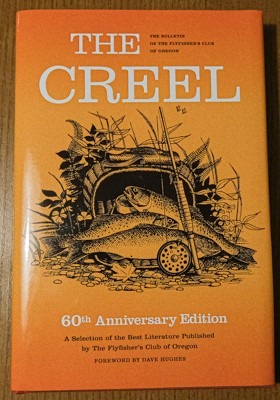 Get Your Copy of the 60th Anniversary Creel

Our December meeting not only celebrated a return to in-person meetings, and the 60th anniversary of the founding of our Club, but also saw the unveiling of a book created to honor the occasion, the 60th Anniversary Creel. The volume is an anthology of some of the best writing produced by the Club in its various publications over the club’s history, and was produced by a committee of members, funded by the Club’s Foundation. The print run was limited to allow one free copy for each member in good standing as of December 2021, as well as a few extras for members to purchase for gifts or other uses, at a cost of $30 per copy.

Copies will be available for members to pick up or purchase at monthly meetings for the near future. However, if members in the Portland metro area should desire to get their copy outside of the monthly meeting, books may be picked up from one of four Creel Committee members at their residences. Please call in advance to arrange a pick up:

Members living outside of the Portland Metro area will be mailed their copy of the Creel. 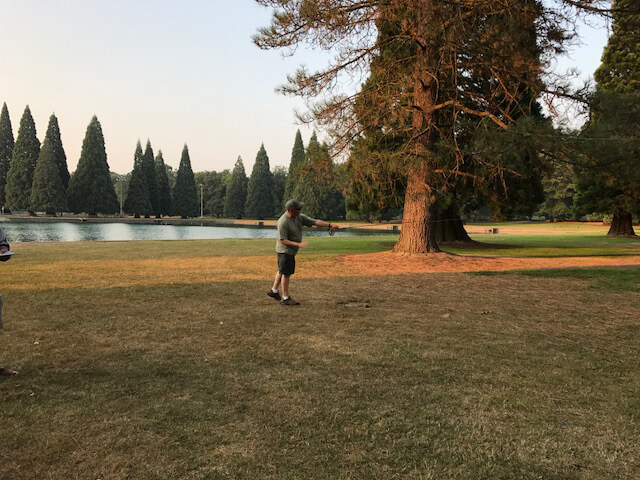 Two new members have joined the ranks of your Club in the past month. Portlander Michael Royce said his interests are fly fishing and fly tying. Ed Simpkins is our latest non-resident member, hailing from Camas, Washington. Of course, he is interested in fly fishing! 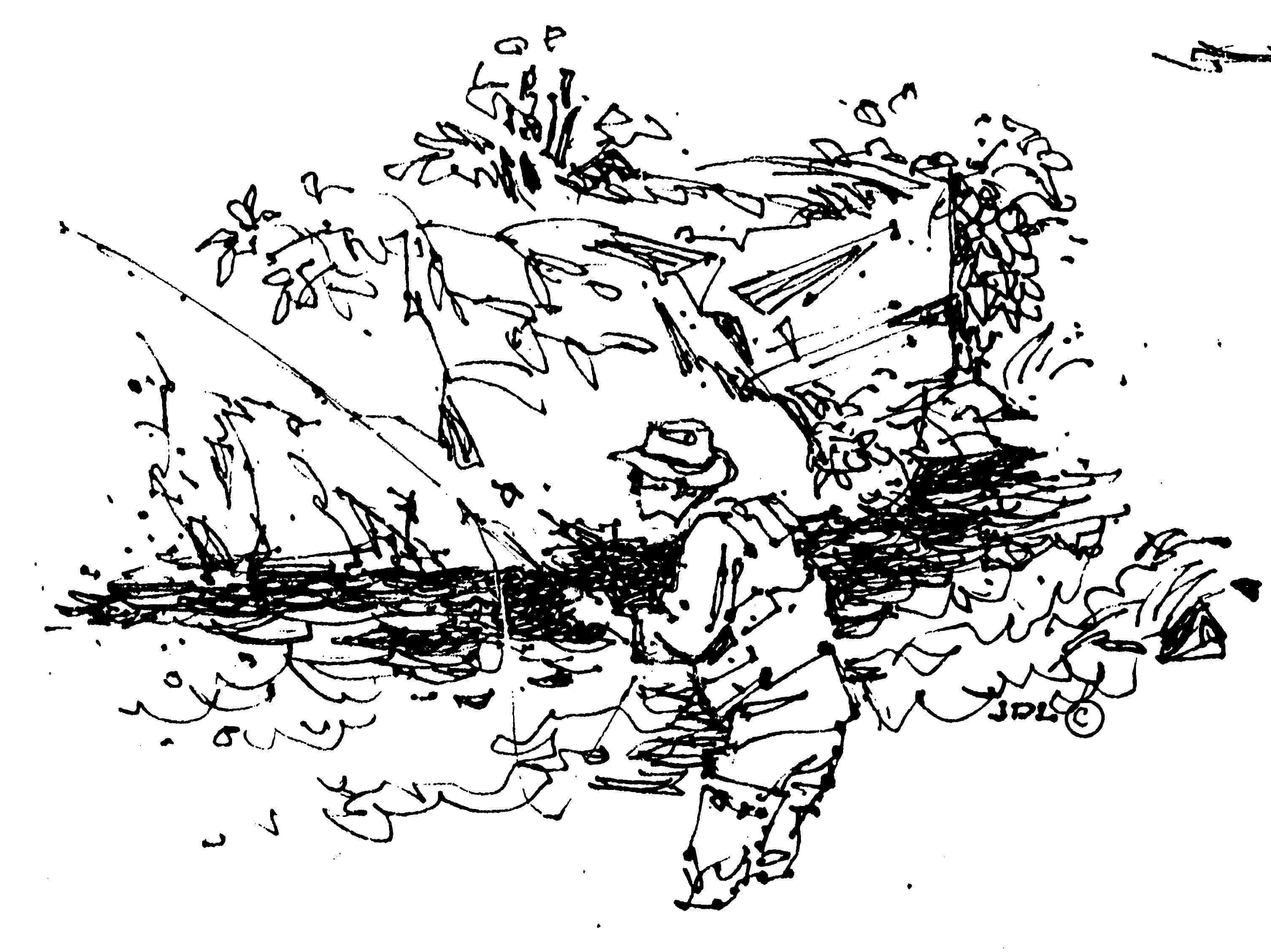