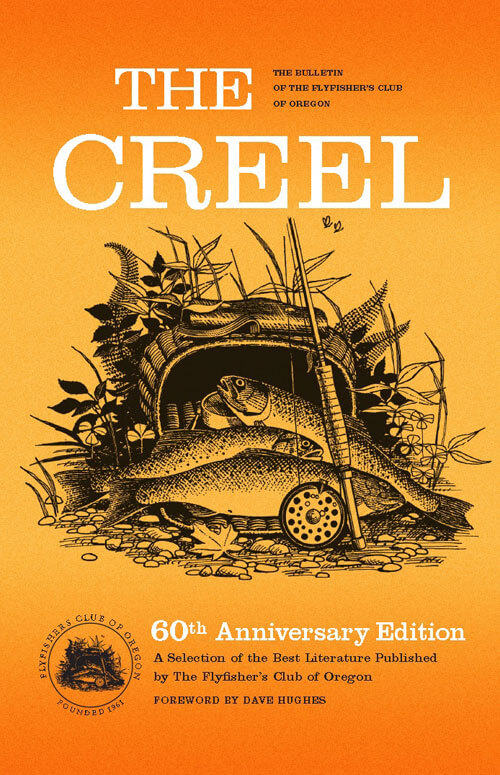 Thoughts on the 60th Anniversary of the Flyfishers’ Club of Oregon: Part 1, The Decadal Anniversaries

The December 14th meeting marks the last chance in calendar 2021 to celebrate the Flyfisher’s Club of Oregon’s 60th Anniversary, and as notices elsewhere in this newsletter attest, the Club will be trying to do the occasion justice, on relatively short notice and after nearly two years of pandemic restrictions. A rather gala evening is planned, with a special menu and a great program. I will be briefly addressing the club’s literary heritage prior to the main program, and further reflections on this topic will be the substance of Part II, in the January Flyline.

The FCO has celebrated its decadal anniversaries over the years by various means, and research done in putting together the 60th Anniversary Creel prompted me to assemble this brief recollection of these festivities.

I’m not aware of any record of a meeting devoted to the 1971 10th Anniversary, but the Editors of the Creel noted the occasion in the Vol. 9, No. 1 December 1971 edition. 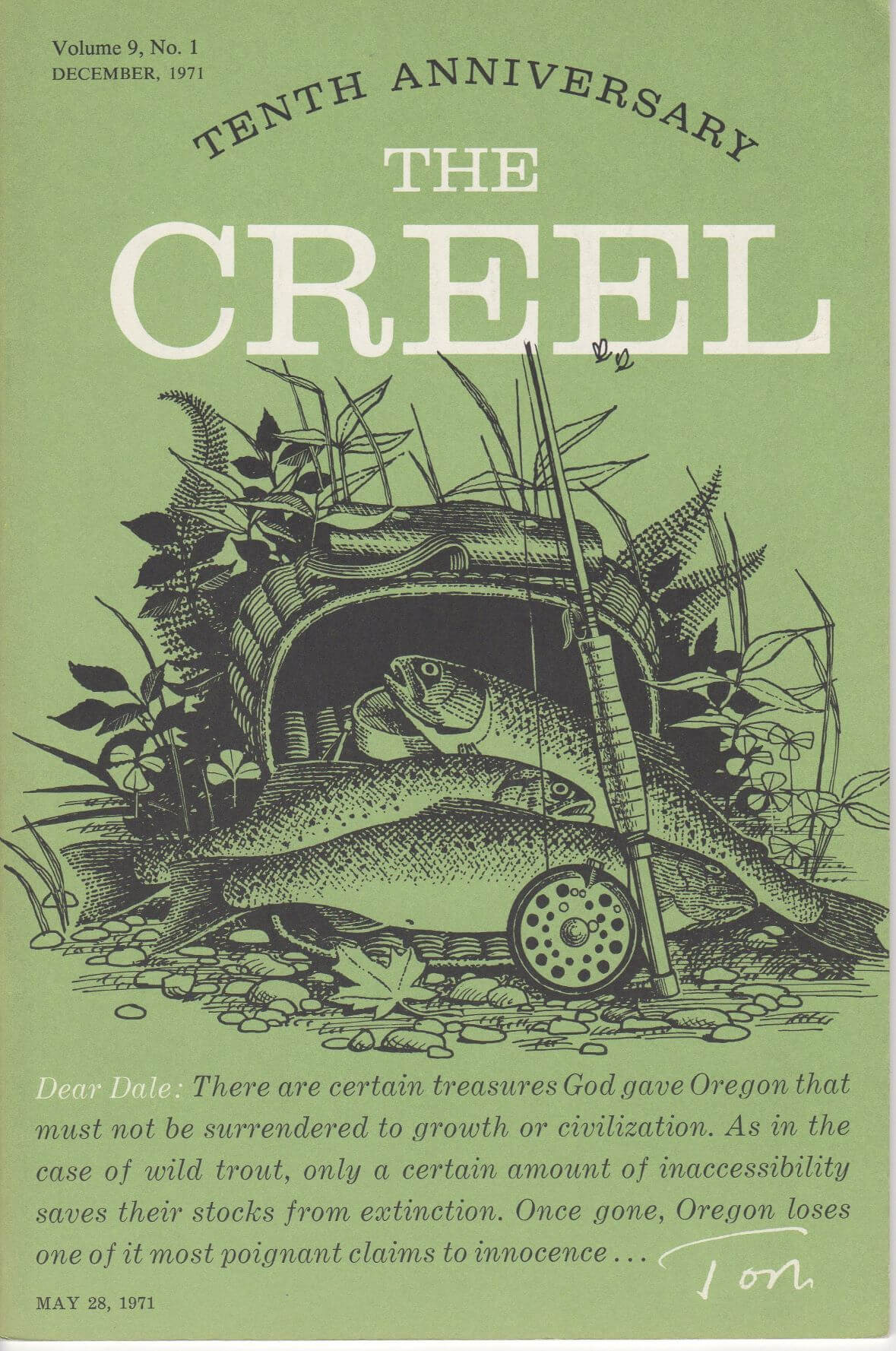 It included a sad article marking the passing of a number of FCO, and other, notables during the decade, but no other anniversary-centric material is evident. Three other articles in this issue were selected for inclusion in the 60th Anniversary Creel.

The 20th Anniversary  was celebrated at a meeting in 1981. The program began with what some used to call a “multi-media” presentation, which in this case was a Carousel slide show with audio created by President Ben Bachulis. The show reviewed the first 20 years of the club’s existence. 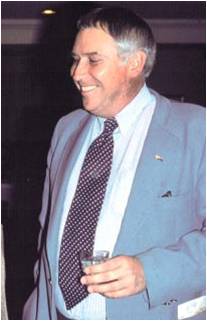 The 30th in 1991, presided over by President Bob Patton, was accompanied by a special issue of the Creel, produced by a committee of volunteers and in a larger format than previous Creels, which had ceased to be a regular club publication after the 1982 issue. 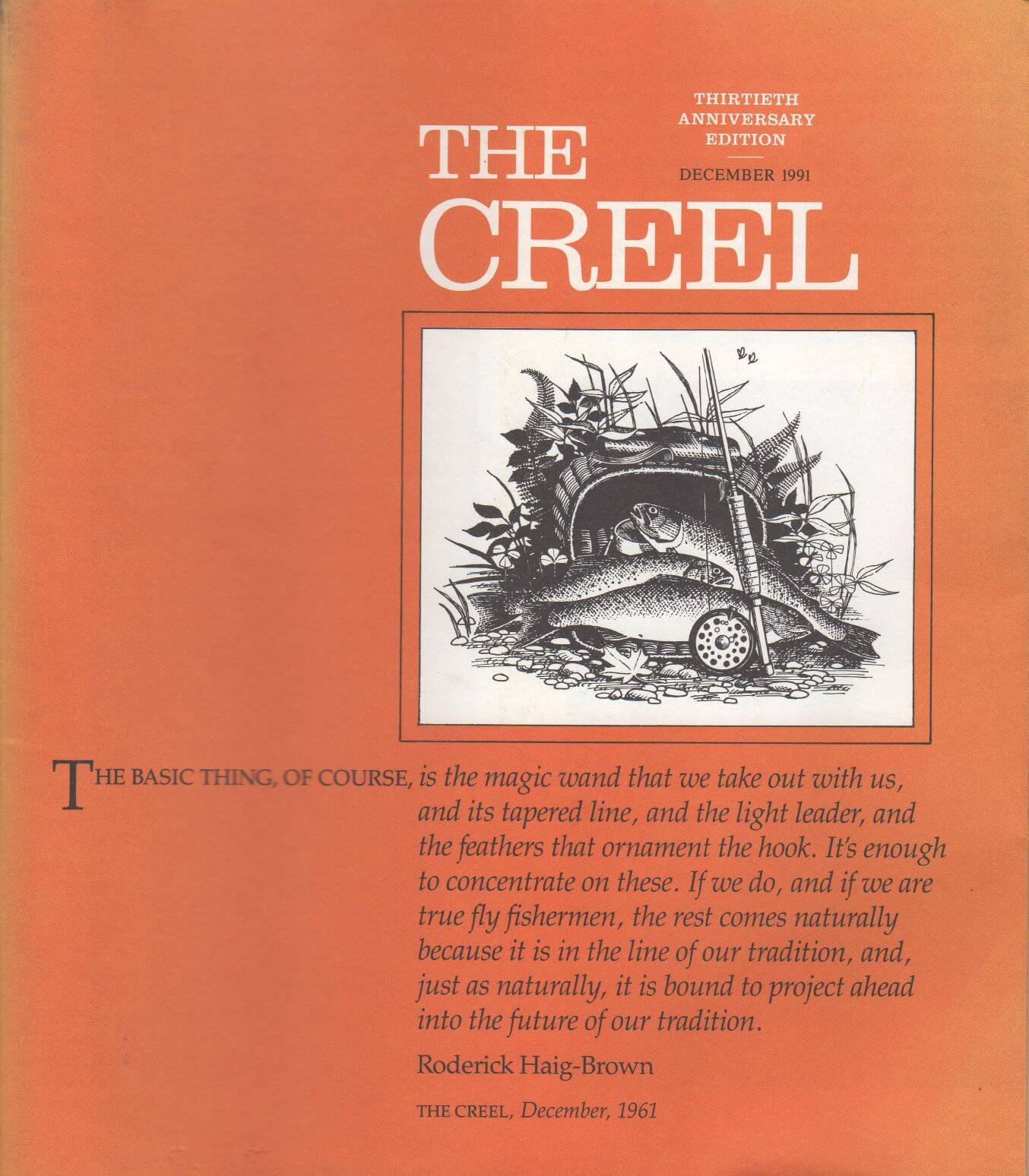 The publishing of the first new Creel in nearly a decade seemed a cause for both celebration and reflection, harkening back to the Club’s literary history. Bob’s poignant note in the introduction to the 30th Anniversary Edition included the following words:

“…Those of us who realize there is more to catching fish than how many and how large, await the pleasure that can be gained though an experience that is linked only by our love of fishing. The Creel, in a way, is our knot, that binds the experiences of our fellow members and the traditions of our angling past, with us, its sometimes impatient yet faithful readers.

I was President for the 40th Anniversary and have to admit I nearly dropped the ball on that one. It’s not an excuse, but the fall of 2001 was interrupted by the calamitous events of September 11(which occurred on the day of our September meeting, obviously resulting in its cancellation), and events rippled through the rest of the year.  Our October speaker backed out at the last moment, because he wanted to spend time fishing with his father, having gained new perspective on the precarious nature of life. I believe this was one of the several times that our famous member Dave Hughes filled in as a speaker on short notice.

At any rate, neither I nor any of the other club leadership had given much thought to marking the occasion, until late in the year when I realized that I should at least put together a program with some club history to celebrate forty years of FCO existence.  I scheduled it for February 2002, when we had our annual elections and I passed the reins on to incoming President Jerry Brown. 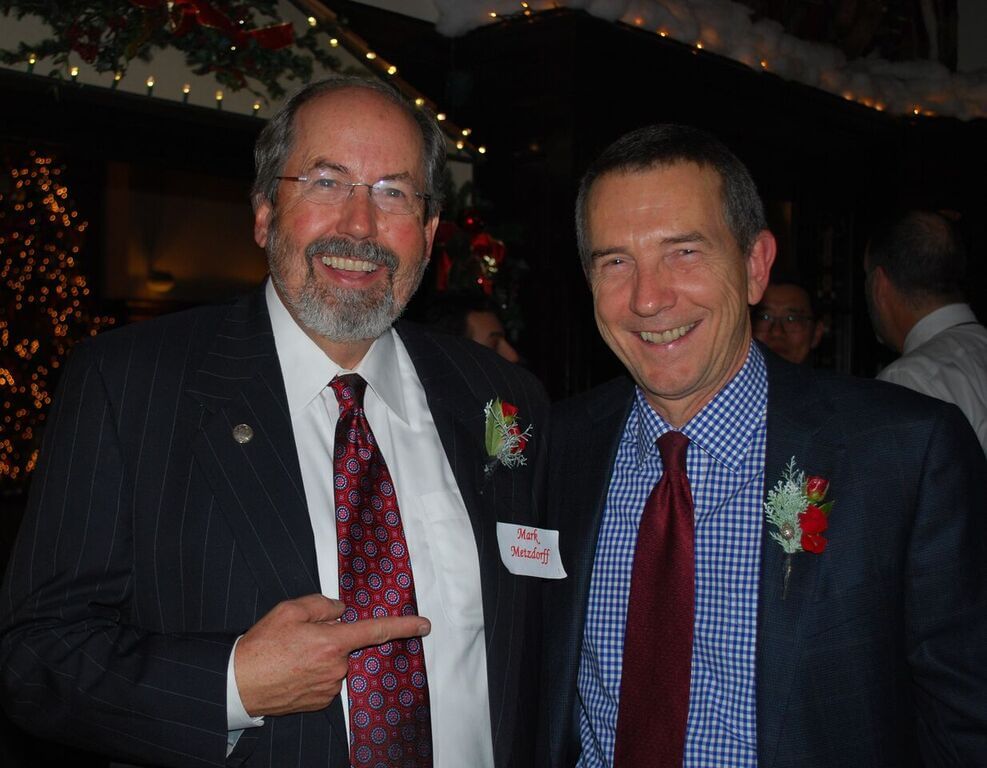 In preparing my remarks, I learned about the 1981 Ben Bachulis show, which predated my time in the club. I honestly don’t remember how I came upon it, but it was probably dug out of some box in a basement somewhere. I had it remastered by a local media company for my presentation. We played it for the audience, and then, reflecting my own respect for the club’s literary history, I had Bob Wethern give some brief remarks on the FCO literary heritage. Bob had recently published his first book in a planned “Rivers of Oregon” series, The Creel: McKenzie River Edition, funded by the Club Foundation, and he noted the Club’s 40th Anniversary on its cover.  The remainder of my talk focused on the second 20 years, including the list of presidents during that time, and some of the events which occurred during their tenures: the maturation of the auction and Foundation, and the donation of the Ed Francis Library collection. Alas, I could not report on the admission of women into the club, despite many efforts to achieve that worthy goal up to that point; but that would be corrected within a few more years. 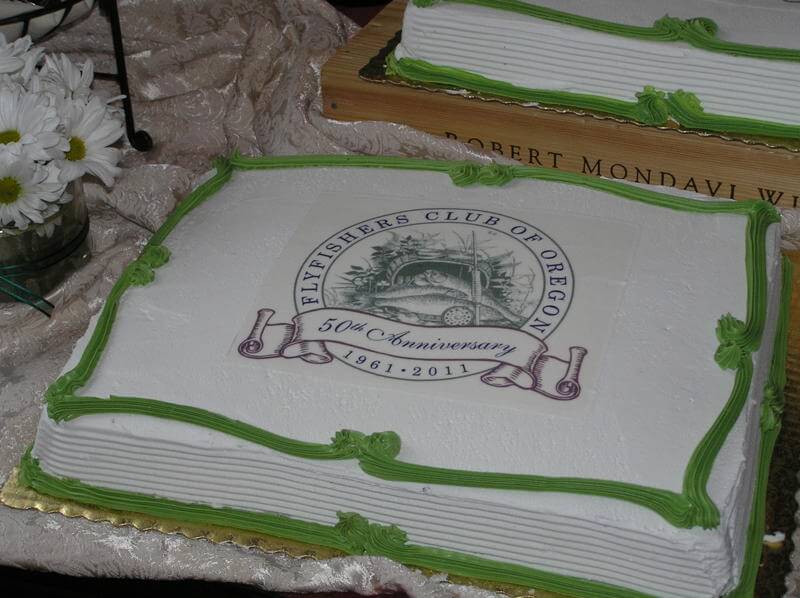 The 50th Anniversary, orchestrated by first woman President Janet Arenz, was marked by both a festive meeting, and Bob Wethern’s second book in his planned “Rivers of Oregon” series: The Creel: North Umpqua River Edition. Being published in 2008, it was a bit premature as a marker of the 2011 anniversary date, but few in the Club would dare to contradict Bob on any matters literary or otherwise!

And so we are at another milestone anniversary. Given the association of special issues of  the Creel with these years, naturally it occurred to some of the grayer heads in the club that it would be nice to put together another Anniversary Edition. After some fits and starts in late 2019, a committee of stalwarts emerged to get the project organized, funded and accomplished. The result will be unveiled at the gala December meeting, and I hope that as many members as possible will attend, both to resume some semblance of a more normal club meeting schedule, but more importantly to celebrate the longevity, and literary heritage, of the Flyfishers’ Club of Oregon.