Disney Rifﬂe on the Deschutes River is water I ﬁrst heard about over thirty years ago. It sounded amazing, full of large trout and great steelhead holding water. However, it is accessible only through private property, so I never thought I’d have a chance to ﬁsh it. Well, much to my surprise, a cabin above it was offered for two nights in our auction two years ago. When Rich Fitterer asked if I was interested, I jumped on it and suggested we go full price to nail it down. We were not able to arrange a date the ﬁrst year, but we were able to schedule it this July, with high hopes of hitting some good mid-summer caddis activity.

John Pyrch and I drove over together to meet Rich around noon on a scorching 100 degree day. We were a little ahead of schedule so we stopped in at the Deschutes River Fly Shop and Camp near Warm Springs to buy a few ﬂies and get a ﬁshing report. We were told morning and evening caddis ﬁshing should be good in rifﬂes and back eddies. Then during the day ﬁsh caddis under the trees. After leaving the shop we headed a short distance on Hwy. 26 towards Madras and took a right turn and descended into the canyon. The road took us below Pelton Regulating dam and we found our destination just downstream in a small community of homes on a private drive.

As we were enjoying lunch and a beer on the deck overlooking the river, a drift boat pulled in below the island across from the house. They weren’t ﬁshing, but performing some kind of water testing, it appeared. We ﬁgured they were probably doing some water quality research for Deschutes River Alliance. Soon after lunch the heat drove us back indoors for a little siesta time.

Late in the afternoon we assembled our one man rafts and rigged rods in preparation for the evening hatch. As the sun began it’s gradual dip over the canyon rim we launched our boats and headed off to ﬁnd the legendary rifﬂe. I had pictured in my mind a long steelhead run. We passed by some decent looking water but not what we were looking for. As a matter of fact, we never saw what we were looking for. We realized we passed a short rifﬂe at the head of a long minor rapid. We ended up ﬁshing some decent looking water below it with no ﬁsh or insect activity a short distance above the pullout where the highway runs along side the river.

The next morning we planned to head out early and go directly to what we now knew was Disney. However, not as early as we wanted as breakfast, packing the rafts and dropping off the van at the take out point consumed quite a bit of time. So, by the time we got to ﬁshing it was nearly noon and getting quite warm. I ﬁshed a light Taylor 6wt. rod with a Rio Single hand Spey line. First, I fished a dry caddis, then a dry with a dropper, and finally swung a soft hackle. Rich ﬁshed a long Euro nymph rod with tandem nymph rig and tight lined a couple large trout. Not having any luck, I ﬂoated down river looking for some ﬁsh under trees.

Disney ﬂows into some deep, wide,  impossible to wade, slow water until the river makes a big bend. Then it begins to shallow out and there is a small island with a nice looking side channel. However, there are signs posted identifying it as spawning habitat and NO FISHING, please. A little farther down, I found a small eddy and the trees I was looking for and a nice Redside ate a Sparkle Caddis. It headed for fast water and that was the end of that.

Soon, Rich came paddling, not rowing by. He announced that one of his oarlocks broke and he was heading for the takeout. I joined him and we arrived back at the house where we learned John had a good morning ﬁshing off and around the dock. We couldn’t do an evening ﬂoat due to to the broken equipment. However, the nice neighbor invited us to ﬁsh in front of his place so we had a little room to spread out and enjoyed the ﬁshing there.

I had always thought that Disney Rifﬂe was very close to the deadline below the dam, however, it is a short mile below and less that another mile to where the river ﬂows next to the highway. The rifﬂe is not accessible from there without trespassing and staying below the high water mark is impossible. The ﬁrst house on the private road is a large lodge size home not far below the dam. We were told that there is good trout and steelhead water at the head of an island near it, but we couldn’t see it or access the river without crossing private property.

Fishing doesn’t always turn out the way one hopes, but I’m very happy to have had the opportunity to see and ﬁsh Disney Rifﬂe. Although we didn’t ﬁnd many ﬁsh, I’m sure the deep water below the rifﬂe is full of big ﬁsh that move up into the rifﬂe to feed during a hatch. I also think there would be more water to ﬁsh if the river was running four to ﬁve thousand cfs rather than the summer ﬂow in the three thousand range. It might also ﬁsh well for steelhead at the higher level. I would certainly do the trip again should the opportunity ever arise and will be better prepared now knowing what to expect. It was a good trip as spending time ﬁshing and hanging out with friends and learning new water is always a good thing.

I took up solving the daily New York Times Crossword Puzzle at the beginning of the pandemic; and the habit has persisted well beyond the days of prolonged, frightful confinement at the beginning of our modern plague, which gave ample time for the pursuit. Apart from my natural competitiveness, which causes me to try to improve my solving times, my greatest enjoyment of the puzzle comes from the many things I learn in the process, and aftermath, of solving. These can be words new to me (and their etymology), pop culture new and old, sports figures and records, other history, and many more items too numerous to elaborate. Rarely do they relate to the art and science of angling, or of fish in general, but sometimes searching for meaning or information in an answer unfamiliar to me leads to interesting places.

As a science-trained person, my exposure to classical literature was relatively limited; and so one frequent “TIL” (“today I learned…” in the crossword shorthand) for me originates with a clue or answer involving an ancient literary source. On a Monday recently, the clue was “Roman poet who wrote:

The answer, which I solved only by getting a couple of the crossing letters, was OVID. After completing the puzzle in a rather pedestrian time nowhere near my best for a Monday, I decided to look into Mr. Ovid (correctly Publius Ovidius Naso, 43 BCE-17 CE, Figure 1) to broaden, in a minimal Wiki way, my slender classical knowledge. 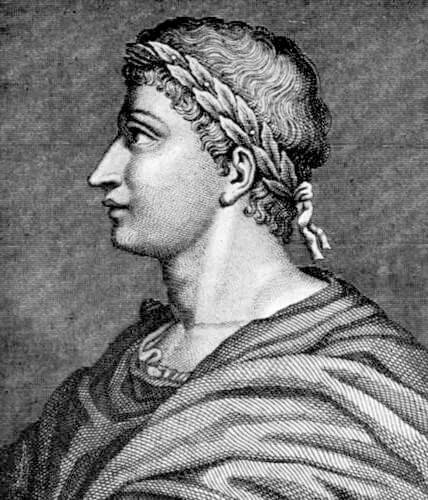 I learned that the quote came from his work Ars Amatoria (The Art of Love, Figure 2). 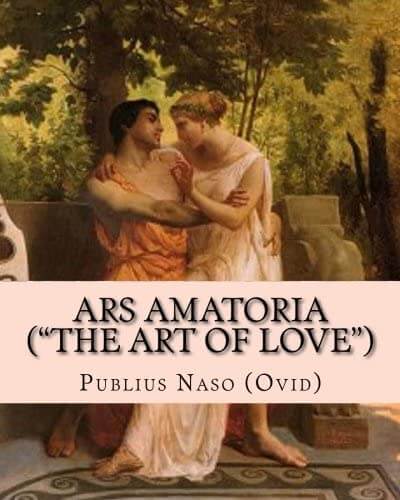 Many translations of the poem are available on-line; it consists of 3 “Books,” the first two of which are concerned with recommendations for a man in attempting to woo and seduce a woman, and the third similarly instructs the woman how to make herself most pleasing for the man. The quote comes from Book I, Part XVII, Line 720.

The work is obviously written from what today we would call “the male gaze,” but unsurprisingly so in the context of the time. It is filled with references to the antics of the gods and mortals of Greek and Roman lore, which many will know contain quite a bit of sexual hanky-panky, to put it mildly. In fact, I was quite surprised at how explicit Ovid was in his descriptions and recommendations, without being explicit in the modern sense. Perhaps I should not have been so; this is, after all, classical literature. However, its content has led some to claim, with much justification, that it is the most censored work of all time.

What has this to do with angling?, you are probably asking by now. Well, when one “googles” for information about a quote, the first twenty or so web sites that come up are click-bait sites that provide minimal context for the quote in question, and which often display other quotes related to the search subject, often by the same author. Here, I found another Ovid quote:

“Chance is always powerful. Let your hook always be cast; in the pool where you least expect it, there will be fish.”

This, thought I, is a perfect recommendation, applicable throughout the ages to anglers of all types, and great for a little nugget in the Flyline, as former literary giants of the FCO used to submit to me when I was the newsletter editor (thinking of you, dear departed Dick Williamson, Figure 3). 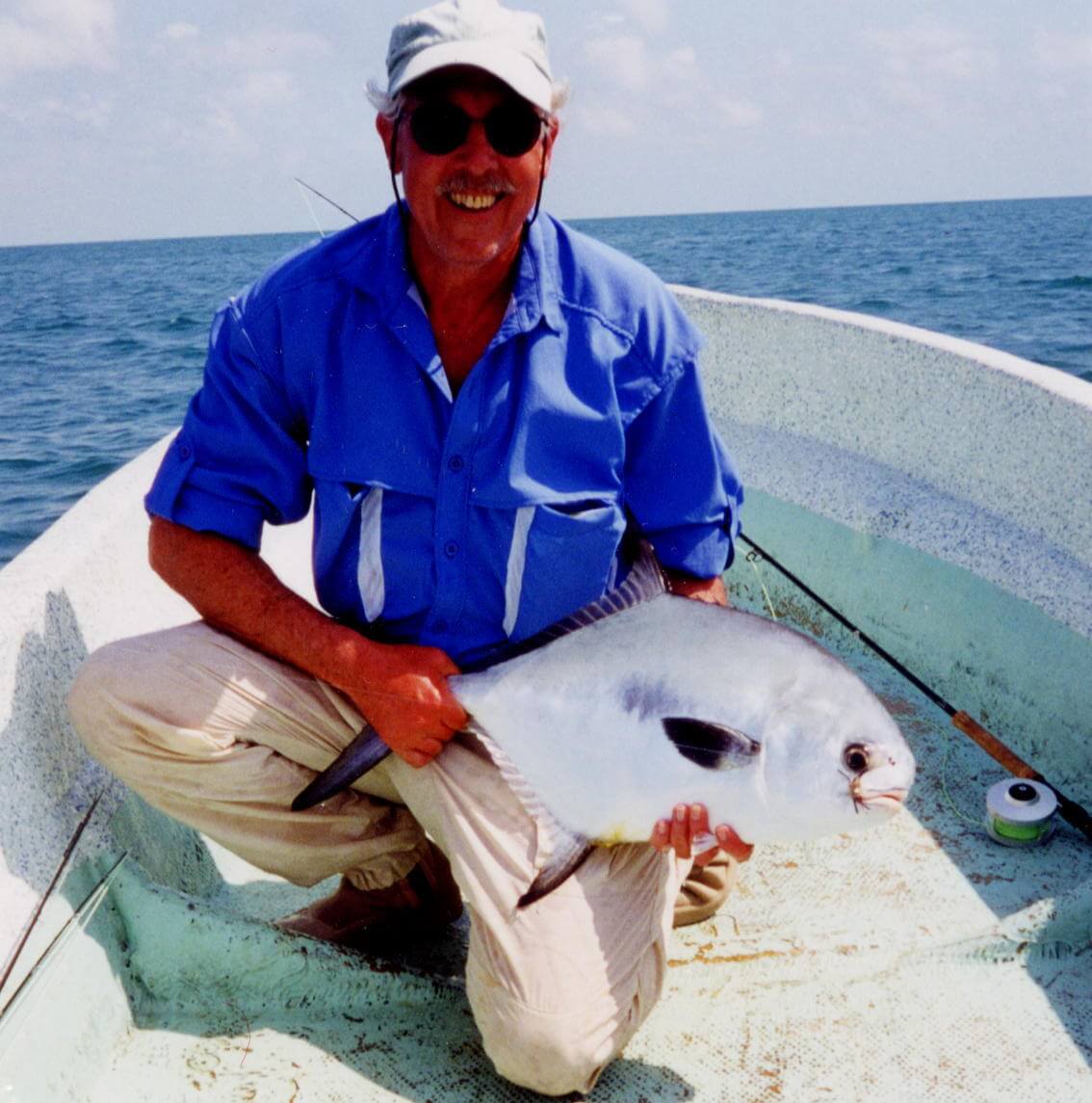 We have often heard portions of this wisdom in other angling aphorisms (“Keep your fly in the water,” “You can’t catch anything if you’re not fishing,” “You’ve got to have faith in the fly,” “be ready,”etc.) But here, in Classical Ovid, all these phrases are condensed into a single poetic line, which turns out to be also from Ars Amatoria, Book III, Part IX, Line 425. However, in the poem the context is a series of recommendations for an eager young lady to “Be Seen Around,” (line 421 is “So too a lovely woman must let the people see her: and perhaps there’ll be one among them she attracts.”)

So, I learned that Ovid didn’t compose these lines with the angler in mind (the context of which is completely lacking in all the “Quotation” websites!); but they were clearly written by one who understood some profound truths about the sport.

And it struck me that this angling metaphor in a classic text came half a millenium before the fabled book attributed to ( A Woman) Dame Juliana Berners: A Treatys of Fysshing Wyth an Angle (Figure 4).

Figure 4. A Treatise of Fishing with an Angle

As I write from my cabin near the Metolius, I don’t have access to my copy of Darrel Martin’s book The Flyfisher’s Illustrated Dictionary (Figure 5), about which the celebrated author (Figure 6) spoke when he addressed the FCO in October 2001. 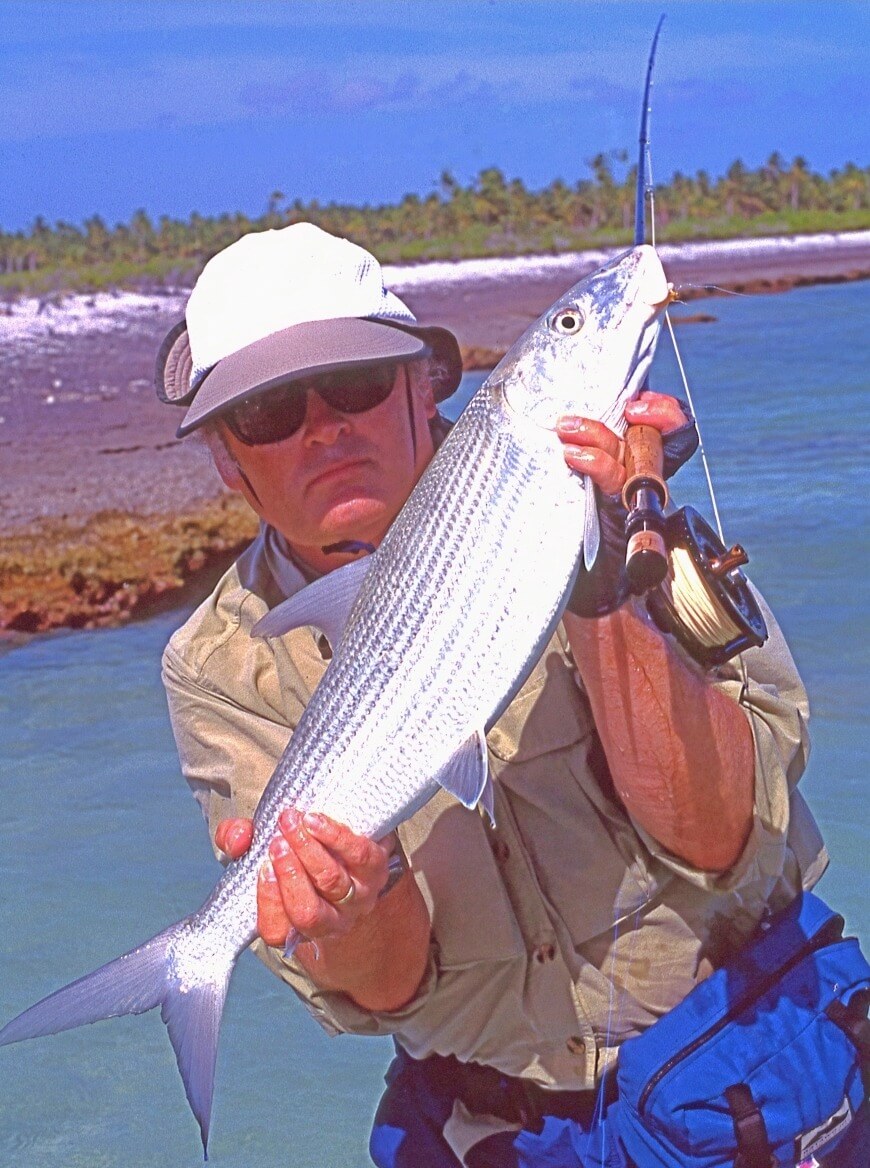 The volume contains much about the history of fly fishing, and I look forward, when I return home, to seeing  if the extremely erudite Mr. Martin mentions Publius Ovidius Naso in his work.