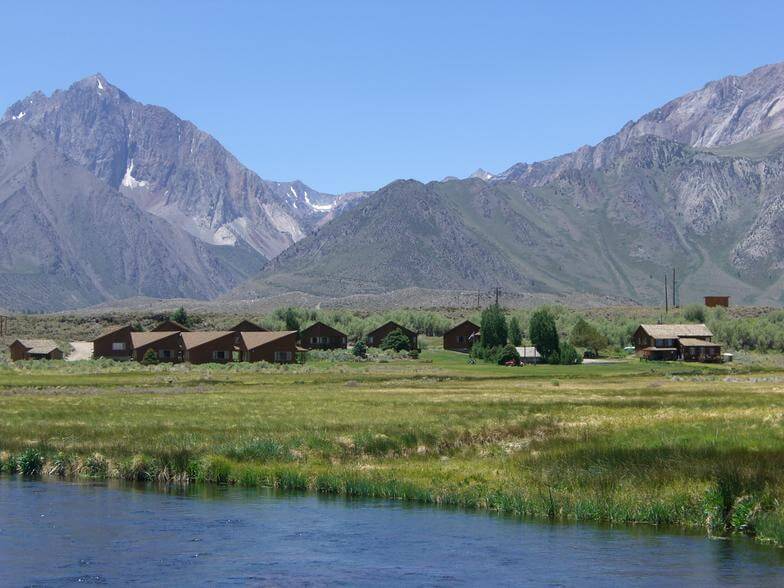 It was a long 6 ½ hour drive from San Luis Obispo to Mammoth Lakes, CA but worth the effort. Six or 8 of the members of the Santa Lucia Flyfishers would make the pilgrimage at least once a year. Our destination was Hot Creek Ranch, a group of housekeeping cabins along Hot Creek where there is a catch and release fishery open only to Ranch guests. Brown trout up to 24 inches are available in a stream that is not much wider than 2 car lengths and wading is discouraged.

Older members of the group always followed a tradition of walking down to the wood footbridge near the uppermost cabin and making an offering of tossing pieces of bread to the several eager trout finning in the clear water on the downstream side. We’d all go down there for this solemn ceremony to get a look at what we hoped would soon be exercising at the ends of our fly lines.

On the first full day we spread out down along the creek and fished earnestly until it was time to break for lunch. We had agreed to meet back at the cabins for the midday meal. No one had caught a fish and all were somewhat discouraged.

I remembered the solemn opening ceremony with the bread and it being my habit to not eat lunch, I unpacked the tying vise and materials I had brought and proceeded to tie a fly to “match the hatch.” I spun a deer hair rectangle about the size and color of the pieces of bread the lunkers had so eagerly eaten when we arrived. 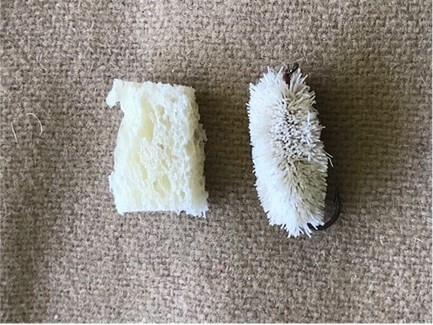 A number of our group had come down to eat their sandwiches in the Adirondack chairs scattered along the creek and to offer encouragement. I cast the new fly up under the bridge and let it drift over the trout being careful not to let it drag. Nothing. But the trout were used to having their treats come from the bridge. I crossed to the other side and cast the morsel up onto the bridge, then gave the line a sharp tug so the artificial dropped down onto the surface with an audible plop. I was almost shaking with anticipation as the fly drifted over the fish. It continued down below them with no interest in it from them. I was just about to give up when it occurred to me that there was no one standing on the bridge as was the case when the real bread treats were offered. I asked a couple of the lunch munchers sitting in their chairs to stand on the bridge. They were ready to participate in the subterfuge. Once stationed on the bridge I cast the fly at their feet, jerked it off and onto the water and watched it pass toward the fish. As it came into their window, one rose purposefully and eagerly grabbed the imitation! When it was over I released a cooperative trout of about 19 inches.

As with any other artificial offered to trout the more it looks like a food with which they are familiar and the circumstances of how it comes to them, the better one’s chances of fooling them.

We eventually named the fly “The Orowheat Enriched.”