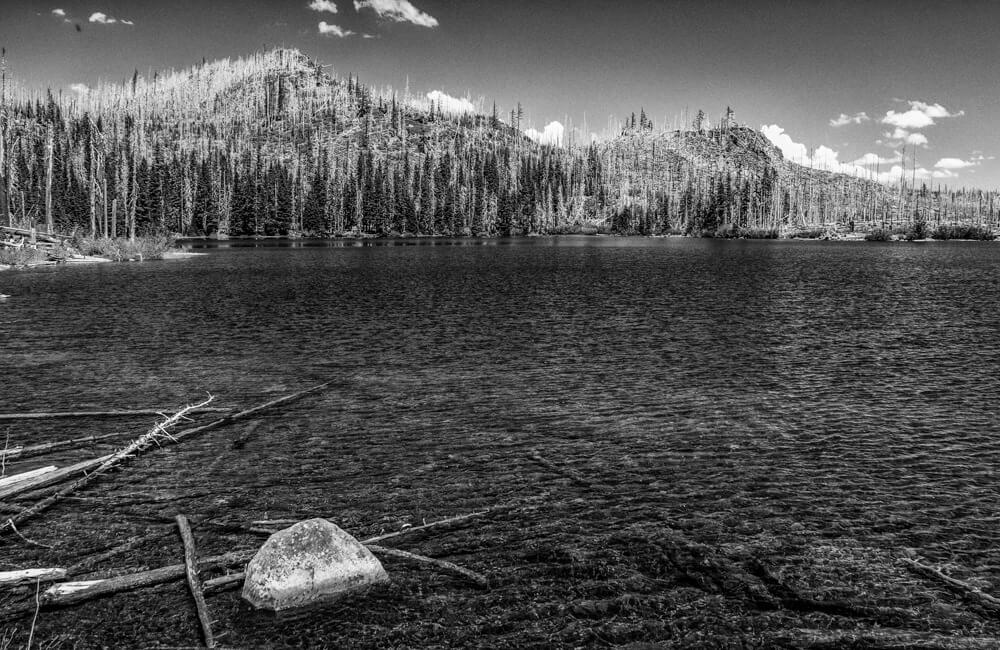 “It is remarkable, most remarkable, to approach unfamiliar water alone, to cast upon it’s untested-perhaps ungrounded-expectations, and to have them rewarded with a startling rise of a trout to a dry fly.”

My favorite way to fish is alone or with at most one friend in overlooked places with a low chance of success.  Most folks have a quiet or not so quiet confidence that their own approach is based on solid chance of catching fish and that is fine. My style it not novel but is often greeted by polite silence and seldom emulated. I don’t harbor feelings of superiority and often have doubt and frustration, but I suppose I do it because it is what I like.

Established fishing locales with time tested methods are popular with good reason. They confer confidence and commonly result in successful angling which is often satisfying and a lot of fun. I’ve had my share of fun doing that. Still do. However when fishing by myself I will tilt at the proverbial windmill and try less used flies, fish less used water under different conditions. High risk, high reward as they say but usually low numbers of fish in my hands. When I started fly fishing it held newness, excitement and mystery all at the same time and the initial rareness of success gave any victory a lot of pleasure. Working on my craft was a slow process and justifiably required covering well worn ground to acquire passable skills. As I gained confidence but my mind still drifted to the new and mysterious. This has reenacted the low success scenario but the uncommon wins feel just as sweet. Most of my friends will use polite terns to describe this as a fool’s errand and who can blame them.

In the latter part of June this year I went for a long hike in the Oregon Cascades with the goal of simply stretching my legs and being in the sun after a long winter and spring. A lot of the trail was around the timberline near the PCT and toward the end I took a short spur to a lake mentioned in the guide book. There were sparse patches of snow and not so sparse clouds of mosquitoes but the lake was beautiful as advertised, a perfect spot for a water break and a nap. I would say it was around 150 yards long and 100 yards wide.  My snooze was interrupted by a very loud splash out in the middle of the lake. I did not see the beast but the large ripple rings confirmed what I heard. There was complete radio silence over the next half hour as I scanned the water but there was no doubt at least one fish of size was out there.

Cursory research didn’t reveal any mention of fishing or fish associated with the lake which I gave the nom-de fishing Mosquito Lake. At it’s elevation and remoteness from any stream that meant any fish would be from a hatchery, but big is big. I returned in mid-July properly armed to fish at the right time of day. After the several mile hike I got to the lake around 9 am and the sun was already high and warm. Nobody was in sight. There were a few rises near the middle but I couldn’t see any bugs on the surface. The shore was covered with blow-down but otherwise wadable away from the gnarled fly snaggers guarding the bank. I tied on my favorite dry terrestrial and pitched a lazy cast over the drop-off and waited. After a couple of minutes I gave it a twitch which elicited a splashy take and after a few minutes I released a surprisingly healthy 14” rainbow. Over the next two hours 8 or 9 more fish were landed, 10-16” and all healthy. One fish took the fly into the depths never to be seen. After a break I walked to the far end where the lake deepened quickly requiring a roll cast but success was the same including another unseen fish that broke me off. With nothing left to prove I trooped back the trailhead and headed home.

I returned once more in the first week of October. I brought an old trustworthy friend, hoping to capitalize on the supposed frantic feeding frenzy before the gray and cold of winter. This time there were low scudding clouds and rain showers. I regretted my brash decision to wet wade, quietly envious of my friend’s decision to drag in waders. If there were rising fish you wouldn’t have seen them through the constant wind. I stubbornly used my dry fly missing the few takes that came my way and mostly untangled wind blown casts. My wise friend used a slow sinking line with a small leech and caught multiple fish, all in good shape up to 16”. I had no trouble hearing his cries of victory over the breeze. There was a windless sun break after lunch and my buddy changed to a floating line with #10 Madame X. He got an immediate strike and was broken off a few seconds later. A sullen rain started up and we decided to end on a high note.

This experience was much different from my norm. My only regret is that I probably used up several years of karma that will need a number of fish-free outings to restore. I look forward to next spring where I will cast in some obscure place with sketchy odds, hoping of course that isn’t so.