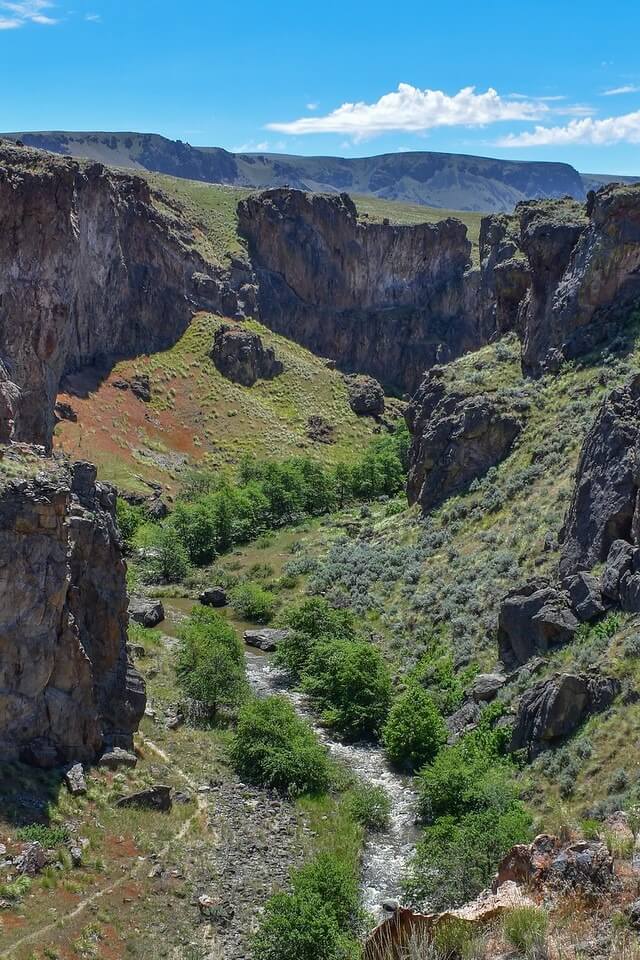 Updated Editor’s Note, August 2020: This story and the photos are definitely worth a read. So if you didn’t read it last month, please check it out! I appreciate these adventure stories and knowing Robert and Mark, I’m sure there are many more between the pages! LKH

Editor’s Note: Members Robert Sheley and Mark Metzdorff don’t shy away from adventure. So with camera and fly rods in tow, they took off for the wild west of eastern Oregon to explore the geology and “culture” of the border lands between Oregon and Idaho. You can see more awe-inspiring photos from these two talented photographers here. LKH

We are a fishing club but I’ll admit up front this travelogue is about a trip to the Far East (of Oregon). But there is a good fishing story, be patient.

We got a late start and it’s a long way to Leslie Gulch, so we decided to compromise and pick up junk food for dinner in camp since making dinner was clearly too much effort. There was a town of some size south of us and Mark went Google. After a few minutes he said “I found a Chinese restaurant, the Golden Ocean!” He went over the reviews and found one that said “4 Stars.” “The best Chinese food between Seattle and San Francisco.” How one would end up in Homedale on their west coast commute will remain mysterious. The next review was “1 Star” and started with “I gave this one star because there is no option for zero stars.” He went on to add that he was a serious fan of General Tso’s chicken, how he’s had it hundreds of times such that he got the nickname “Colonel Tso.” Apparently the Golden Ocean crossed the invisible line and served his chicken with “…BROCCOLI!” (confusion…laughter)  Of course we then ordered the General’s bird which hosted two very small, soggy broccoli fleurets surrounded by heavily breaded chicken which was promptly consumed greedily and with thanks. 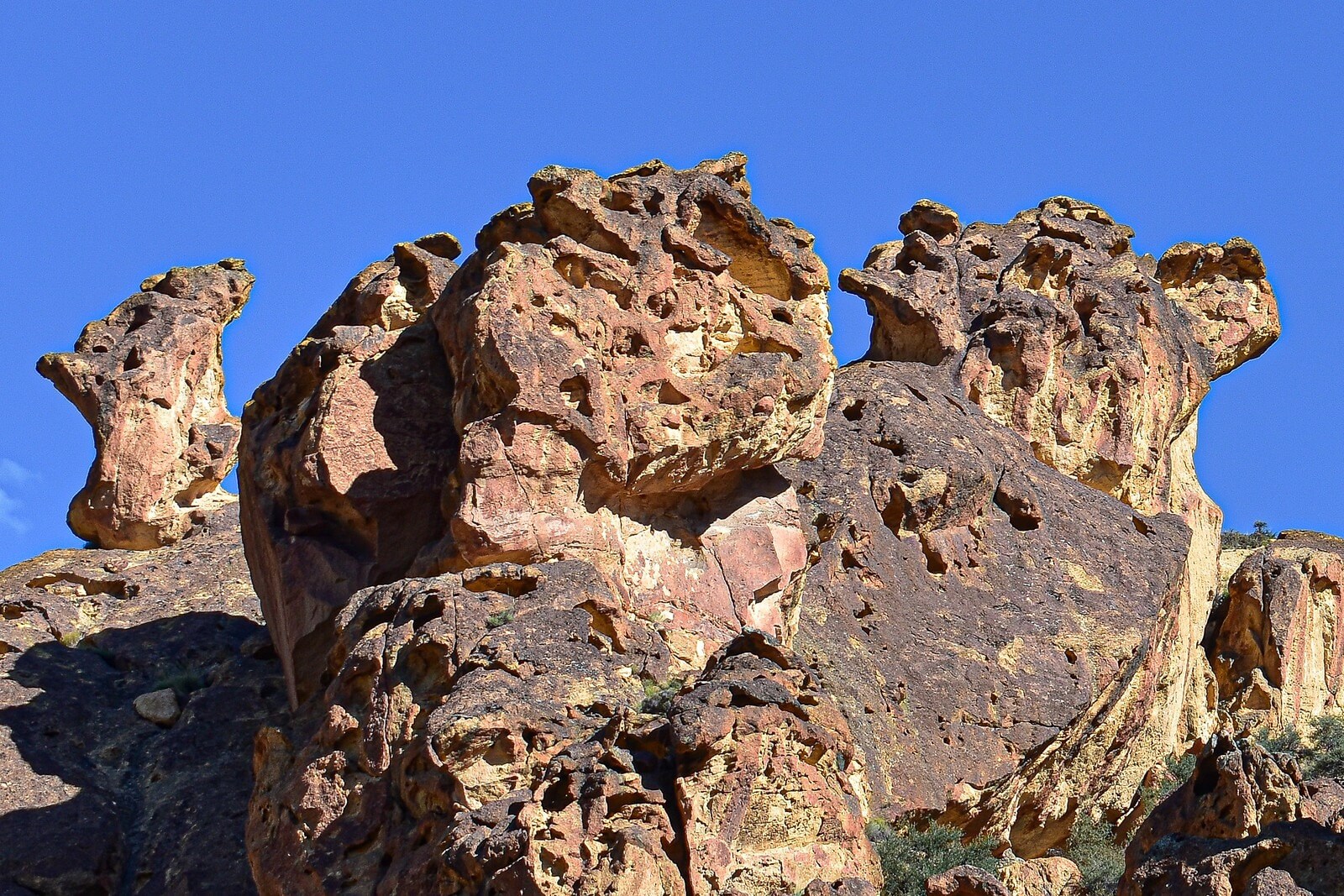 Leslie Gulch is an amazing geologic formation and rivals anything, perhaps short of Crater Lake, in Oregon. It is the same type of formation as Smith Rocks but with red, yellow, and orange towers and ridges and has Dr. Seuss-like crazy formations. We spent two days in constant awe. If you want a great photo-essay let one of us know but that is all I’m going to say.  Better to find it for yourselves. 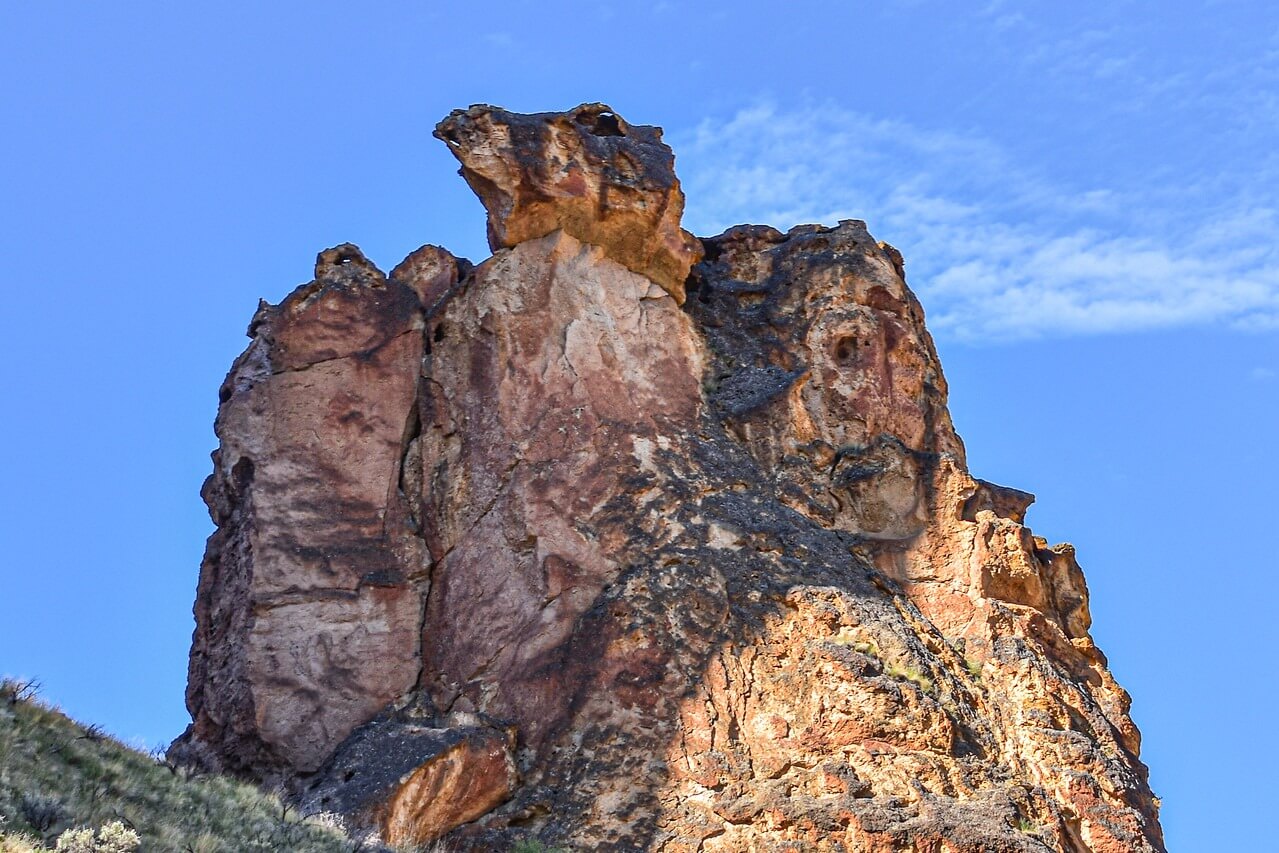 Surely this formation has a name, or many. (photo by Mark Metzdorff)

After two days of exploring the gulch we decided to wing it and see what happens. We heard from a local that we just had to go see Silver City Idaho, a ghost town from the 1800’s. Who can resist a ghost town in Idaho at 6600 ft? In retrospect there were clues. When I asked the young woman in Jordan Valley gassing the truck if she had been to Silver City she answered “Yeah.” (sour look). When I asked if it was indeed only 25 miles away she said “Yeah, but it will feel like all day.” Undeterred we headed east and the first seven or so miles were fine. Then it turned to sh&t. Narrow road, heavily rutted, eye-catching potholes with the bonus of quadvehicle-guys bombing down said road like fighter jets.

We finally made it to Silver City to be greeted by a large white placard with flashing lights saying WELCOME. ALL PROPERTY IS PRIVATE, NO TRESPASSING, YOU ARE UNDER SURVEILLANCE, etc. etc. The place is a dump, any ghost left years ago. Surly locals. Yes, I was bitter. There was a gaggle of folks on the porch of an ancient, unrestored hotel by the main street, and the alpha Social Influencer was holding court with his glass of rosé and ice. He was whining about how chocolate pie in the cafe wasn’t really pie, blah blah blah. I then loudly inquired if we had a pie snob in our midst. When everyone else guffawed and said “He’s a wine snob, don’t get him going!” we took our chance and left. The return drive somehow seemed even worse, particularly since weekend quad people had arrived to snap up every available campsite.

OK, there is a fishing story. On the first evening we walked down to Brownlee Resevoir and the joint was jumping. Crappie, bass roiling, leaping. Mark (clearly the superior angler) caught multiple crappie, the odd bass and just before dusk a thick bodied 18” catfish on a fly, landed right next to a discarded Perrier can. An official Brownlee Slam! I look forward to the next catfish tale in the FCO. 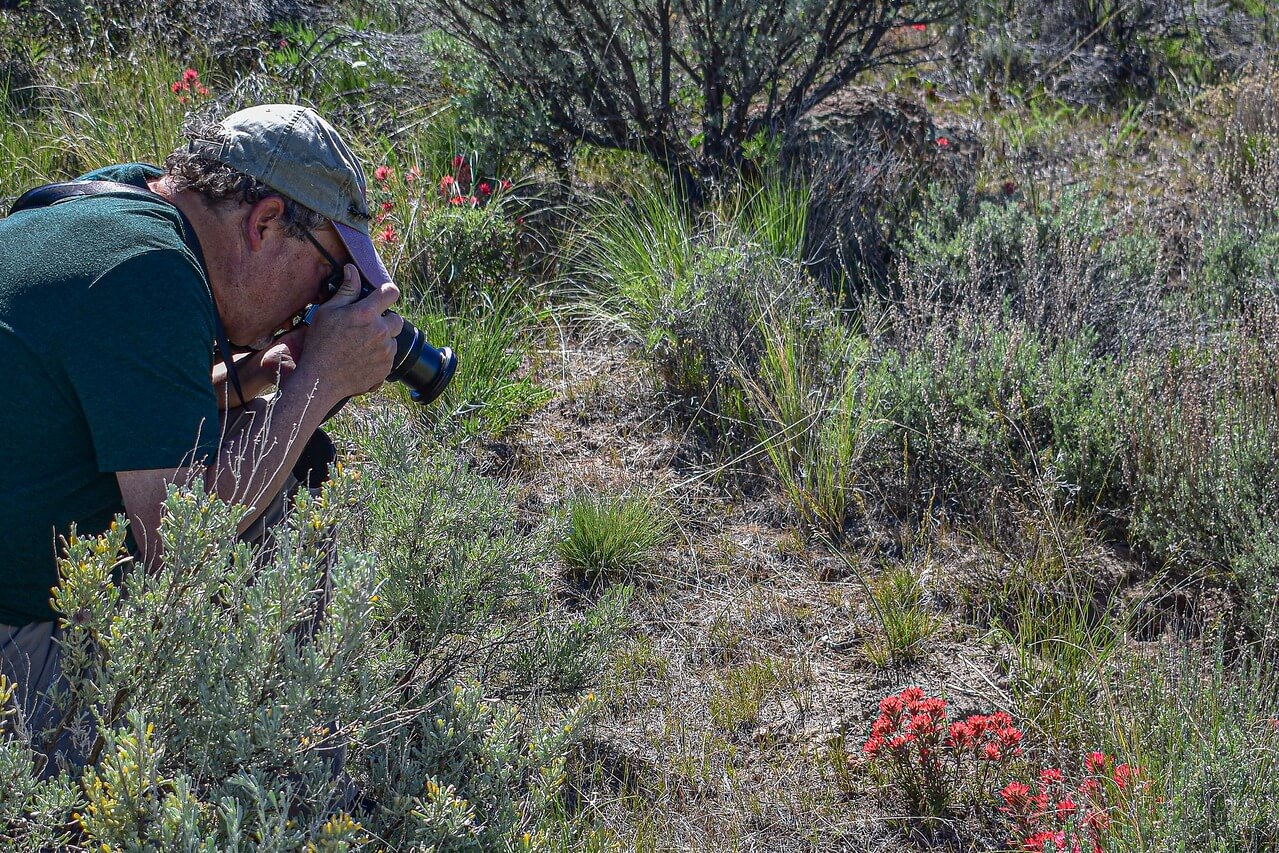