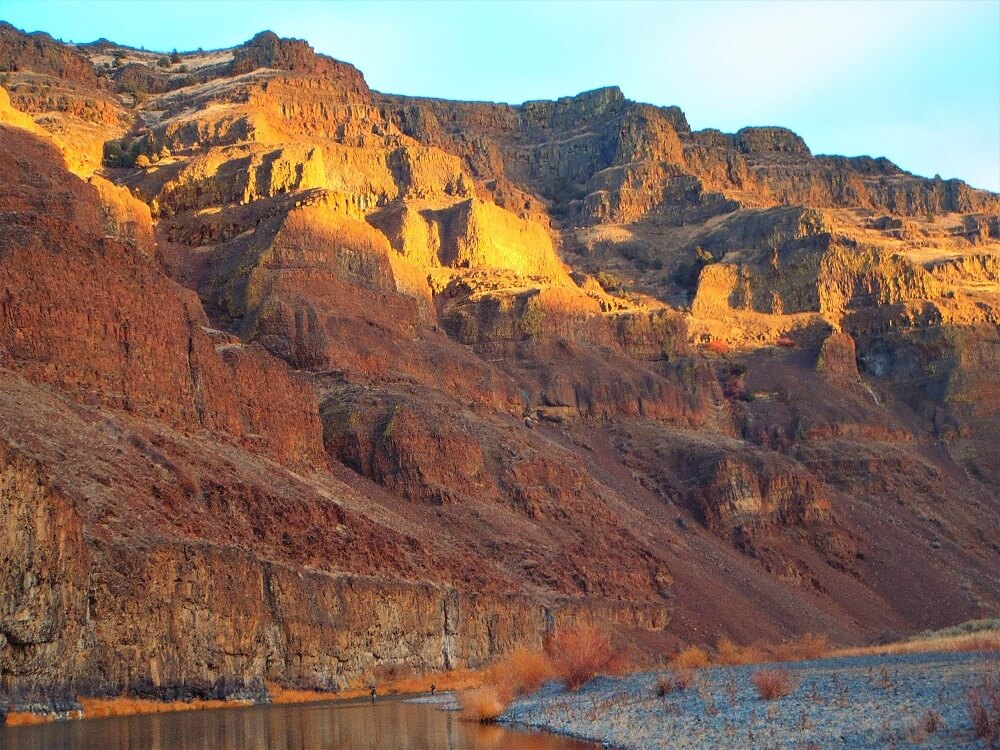 We have a traditional Thanksgiving steelhead day dedicated each year. Often to the Deschutes, possibly Kloan (if the notorious road is in good enough condition that I can keep my eyes open), or places along the John Day. This time it was the Cottonwood Canyon along the JD. We had guests  with us. In waders were myself; Curt Marr; his son, who has been steelheading along the way, with a natural and accurate cast, and a hash marked nice fish from Dant; and his long-time lady friend, who was being baptized.

She had been fishing with her grandfather in younger days, but hadn’t caught a fish until wet wading the JD off Starvation Lane with us a few years ago. There, her casting to rocky targets got her Bass numbers on the score board. But this time, it was the hard road to steelhead country.

She watched several Snap-T casting videos, favoring the recommendation from Curt to watch Simon Gawesworth. She was also supported by his Scandi set-up with light flies, along with live individual coaching sessions on the river, from him (get more line out so as not to blow her anchor), his son (on how to make light landings of the fly), and myself (who offered a female perspective on men’s perspectives of female anglers). It’s a wonder she stayed in the water for so many hours with the battery of suggestions, tips, and certainties – You must always do THIS (since when were there “certainties” in a trifecta of casting coaching?). 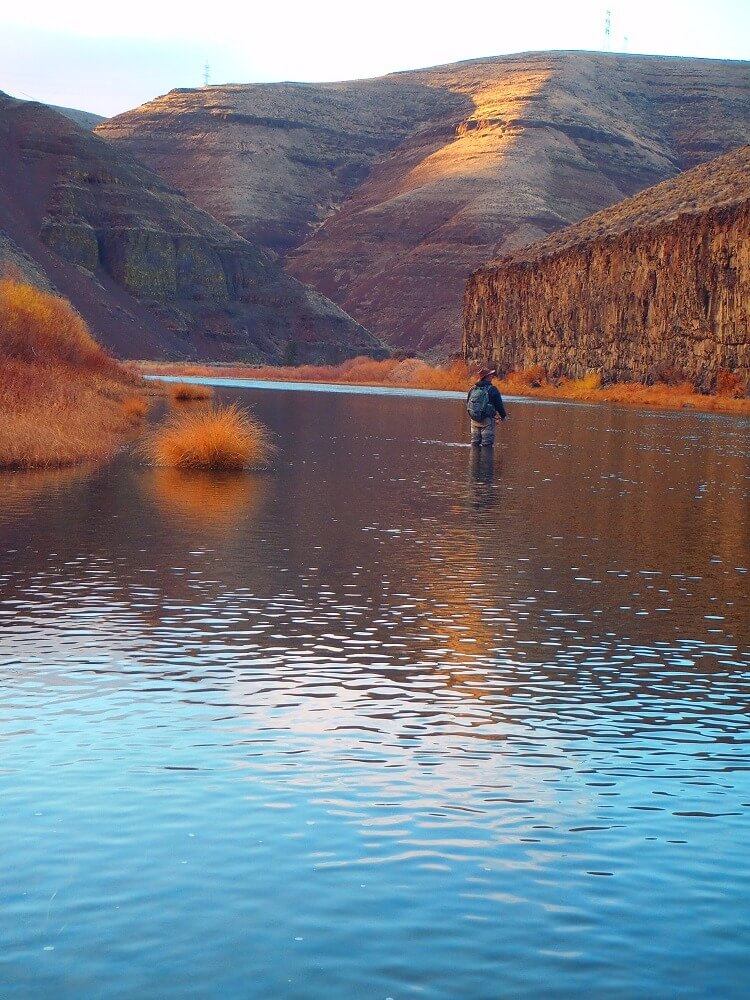 We loved the six miles we covered along the river, and she worked hard in the water. As you would expect, the fish were still out of town visiting relatives in probably the only Covid-free environment. Ah, but once at the “Wall,” the most beautiful fishing spot in canyon, we all spread out in our own water worlds. I looked at the brilliant late sunlight charging against the rocks between casts, and watched the swing of my line in the water. Then the most subtle pull, of tension and release on the line, a “certainty” was felt. The rush of adrenaline for the possibilities lasted nano-seconds, the fish was already gone. But it was satisfying enough for now, as Curt and I have never had any late fall engagements with steelhead in the canyon.

Heading out late, the big moon and small headlamps got us back to the truck where Cuban pork and black bean soup warmed, and where we sipped whiskey while we waited.

She was happy, and said more than once she loved the two-handed rod, the strength and heavy power of it compared to a trout rod. The flies were substantial and the water was wide.

Each cast was a prospect for a big pay-off. This new angler is ready to dig in, and there is no doubt that her day will come, and a new chalk line will be on the board. 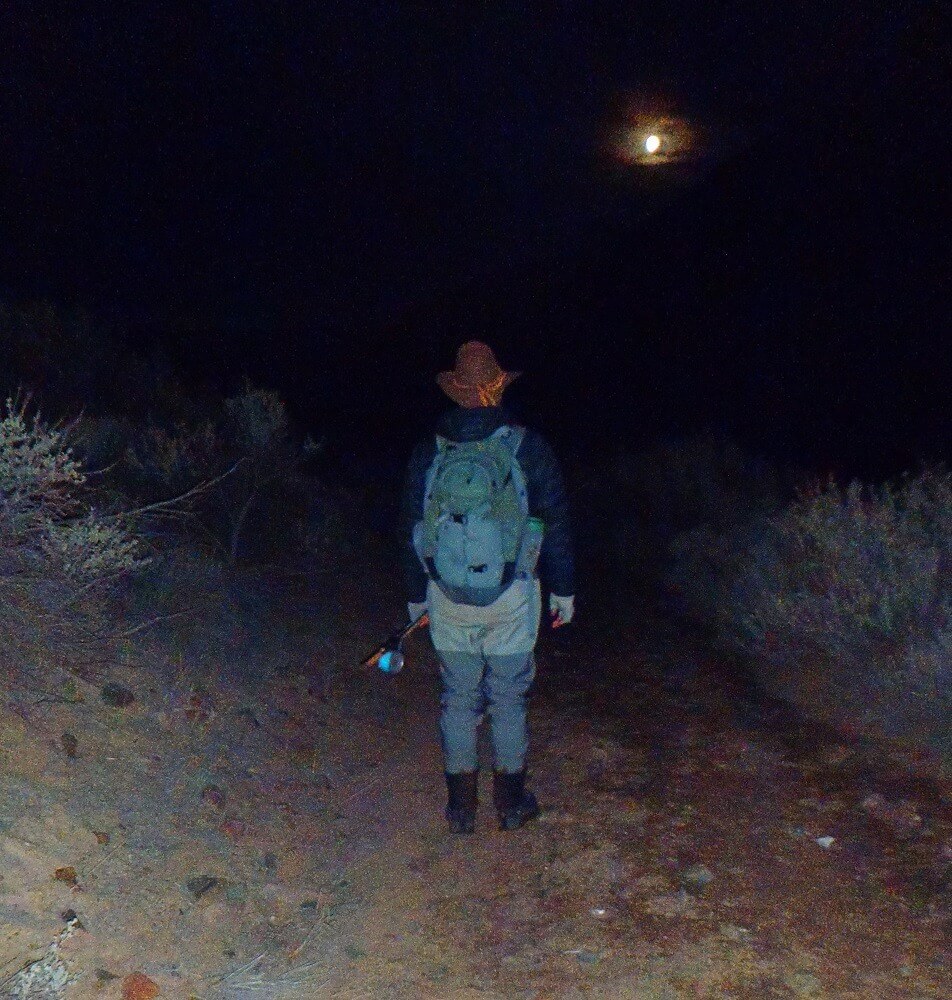