Teri and I enjoyed some fun fishing in May. It started the weekend of May 11th when we went to a good early season carp spot out in the gorge. We found a bay with a lot of carp staging to spawn. Spawning carp are usually bad targets as they are more interested in each other than our flies. But, by fishing the periphery, we found quite a few takers, including a couple pre-spawn females that were pushing 20lbs. Teri also landed this porky mirror carp, which is always a treat. 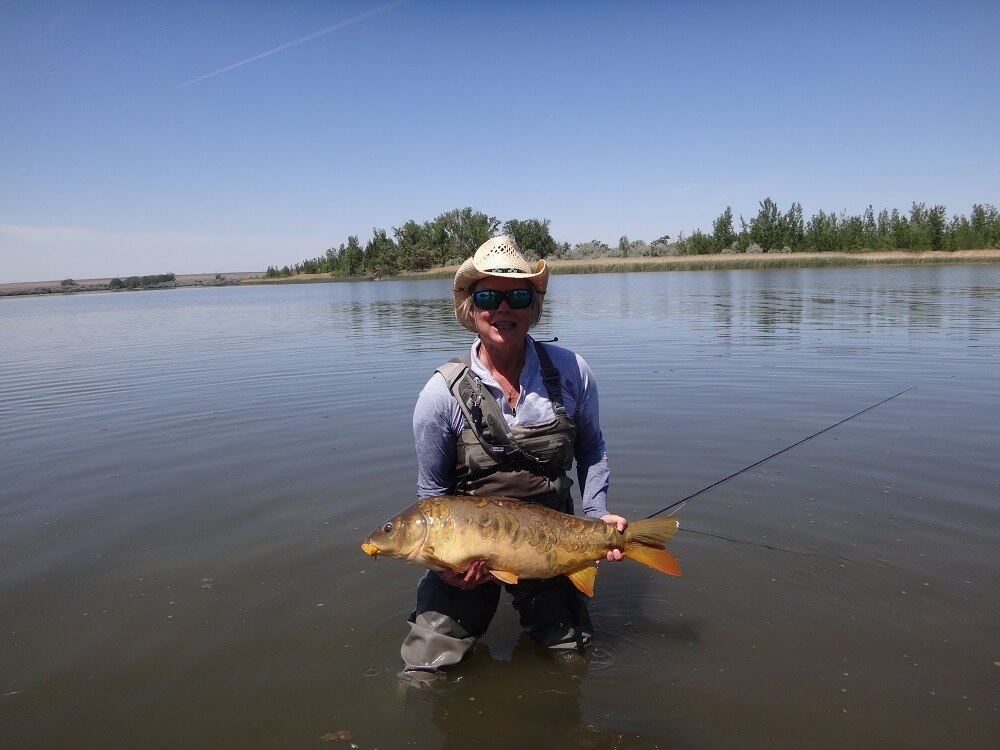 The following Monday we floated the McKenzie with Portland Fly Shop guide John Wall. John is a fun guy to spend a day with, and we caught quite a few fish on both nymphs and dries throughout the day. I believe the McKenzie is one of the most beautiful rivers in the state, and its native redsides are gorgeous. I landed one that had the most amazing markings I have seen on a trout in a long time (notice the stylish FCO hat in the photo. We still have a few left, order yours today!) 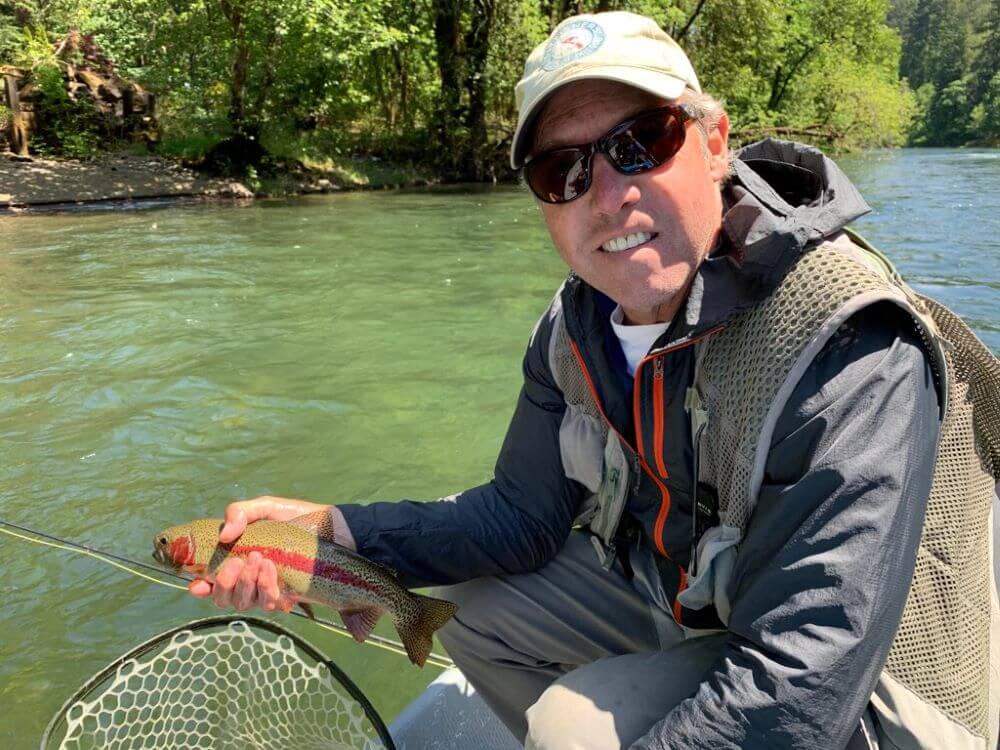 Next up was the Rocky Ridge Ranch out with a crew of fellow club members. Attendance was down a little bit this year, but the members that came all had a fun time. I think just about everyone hooked a trophy fish or two and many were landed. These fish were 6-7lbs and full of fight, most making several jumps to let you know how big they were and give you time for an “Oh &%#@” moment. After some glitches with the gas for the grill were overcome a fine lunch of cheeseburgers, pickles and chips was served, but we missed Mike Collins’ BBQ mastery. Lots of good laughs and stories were shared and then back out for more fishing. Here is an example of one of the trophy fish, this one landed by Steve Wilhite and yours truly with the net job. 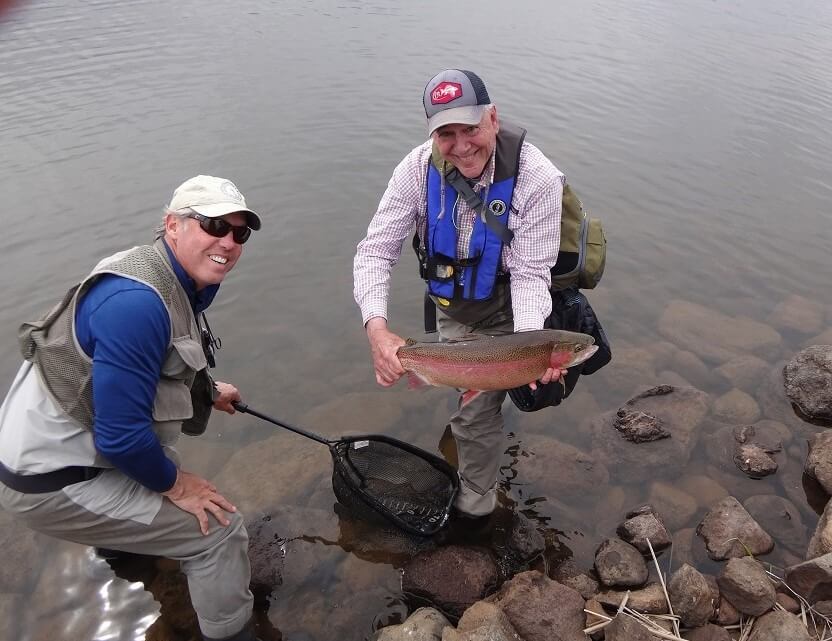 The following weekend was Memorial Day weekend and we headed up to our family’s ranch in Winthrop to fish Moccasin Lake among other things. My guide buddies had been killing them earlier in the month on chironomids, particularly blood worm patterns, so I had tied up a dozen to make sure I was prepared. Well, on Friday a low-pressure system moved in and the bite turned off. I mean shut down. I fished a red chironomid for over an hour moving locations 3 times, and my strike indicator never even so much as wiggled. We finally switched over to sinking lines and leeches and picked up a few but it was a tough day.

Luckily, the weather stabilized as the weekend progressed and the fishing got better each day. Saturday afternoon and Sunday the chironomids turned back on, and we took advantage, landing a good number of fish both days. On Monday the sun finally came back out and it warmed up. The chironomids slowed down again, but the damsels and callibaetis mayflies became active and the fishing was lights out in the afternoon using damsel nymphs in the shallows. Most of the fish were 16-21 inches, but we did land a couple that were bigger, the largest being 25 inches long. Those fish should all put on some weight over the summer and be even bigger when our club fishes the lake during the outing in October.

That is what’s been going on with the Beattys. June looks like a lot of carp fishing with a trout day thrown in at the club outing to Goose Lake June 15th. We hope to see you out on the water.