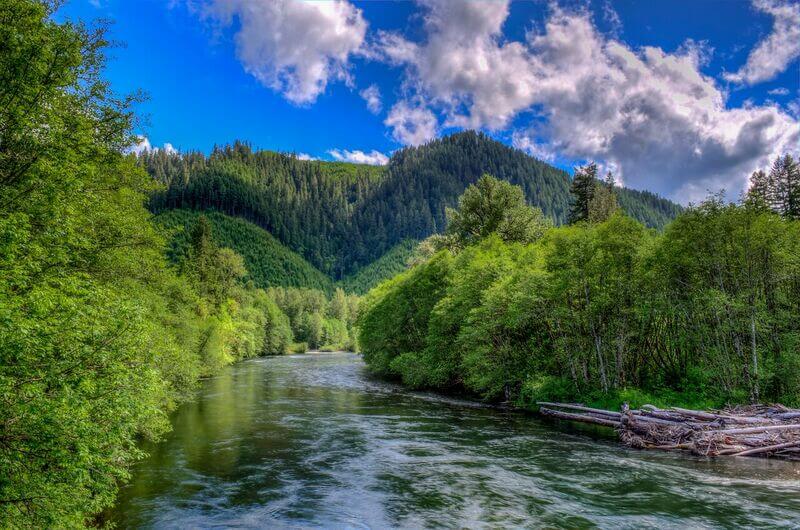 Editor’s Note: Member Rick Pay shares his quite successful fall fishing trip on one of the best trout streams west of the Cascades. As you plan your 2023 fly fishing calendar, a guided trip on the McKenzie is sure to please! LKH

The day dawned mostly overcast and chilly as I waited to be picked up by my friend John Pyrch to enjoy a day of trout fishing on the McKenzie River. He had booked a trip with Clay Holloway for either steelhead on the Middle Fork Willamette or trout on the McKenzie, a game day decision. Given our recent weather changes and heavy rains, the trip quickly became a half day on the McKenzie. While I love to steelhead fish, I was not disappointed as I had never fished the middle portion of the McKenzie and had only fished the lower part of the river twice.

The nice part of the trip was that we did not need to depart exceptionally early as we were meeting the Guide at 10 am in Vida. Traffic was light so we made it to the meeting spot at 9:30, giving us plenty of time for coffee and putting on our waders. Clay was a few minutes early so we headed up stream to Blue River to put in. Clay provides all of the gear so we didn’t even need to rig up. The river was on the low side and had a slight green cast in color, perfect conditions! We were going to fish a dry dropper with a chubby up top and a black stone fly with rubber legs as the dropper. We would be fishing one at a time due to the technique we were using and agreed to alternate after every fish. 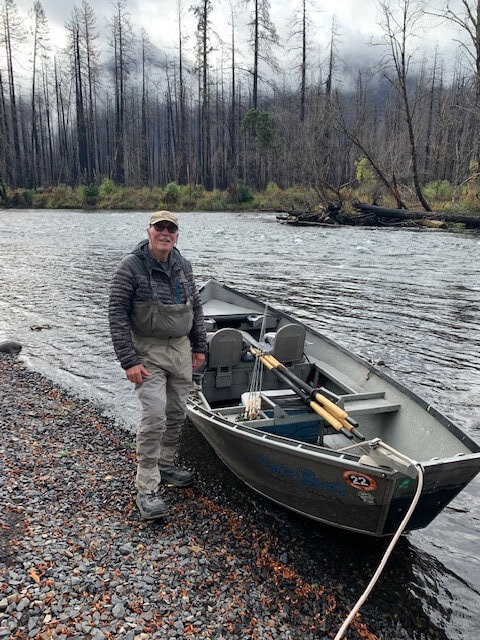 John started fishing and almost immediately hooked a beautiful rainbow that ran and jumped and finally came to the net. I then took over and again almost immediately hooked a nice 16” fish which turned out to be one of the two biggest for the day. I turned it over to John and again he hooked a fish quickly. We traded off several times and concluded that we were spending more time switching off than fishing so we went to two fish and then switch. That worked much better. 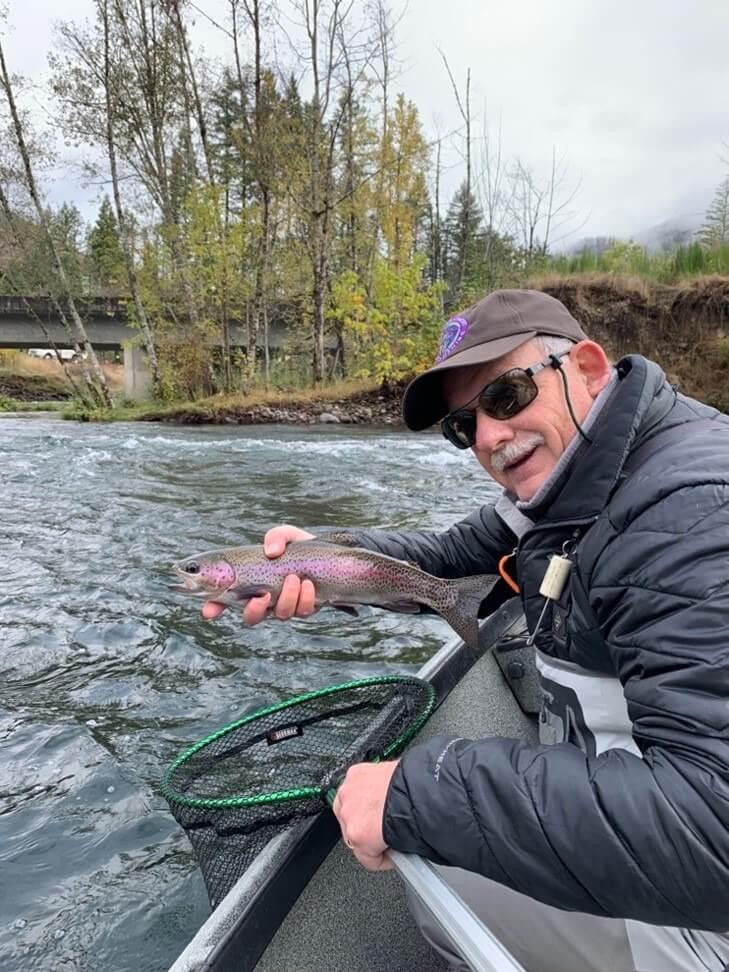 As we drifted down stream, we were fishing slots between the edges and the current in about four to six feet of water, usually only flipping it out 10’ or less from the boat. We would carefully watch the dropper and any slight movement or disappearance led to a hook set over the bow of the boat to help insure a good hook up. There were times that we missed, but most of the time it was fish on! We did catch a few white fish and Clay said there were Bull Trout in the river but we didn’t get any of those. Clay shared that spring generally provided the larger fish, but fall was when the numbers seemed better. The fish were very healthy, fought hard and were beautifully colored. Most of our fish were in the 8” to 14” range but we each got a nice 16”. John caught his as the last fish of the day which really topped off a great trip. 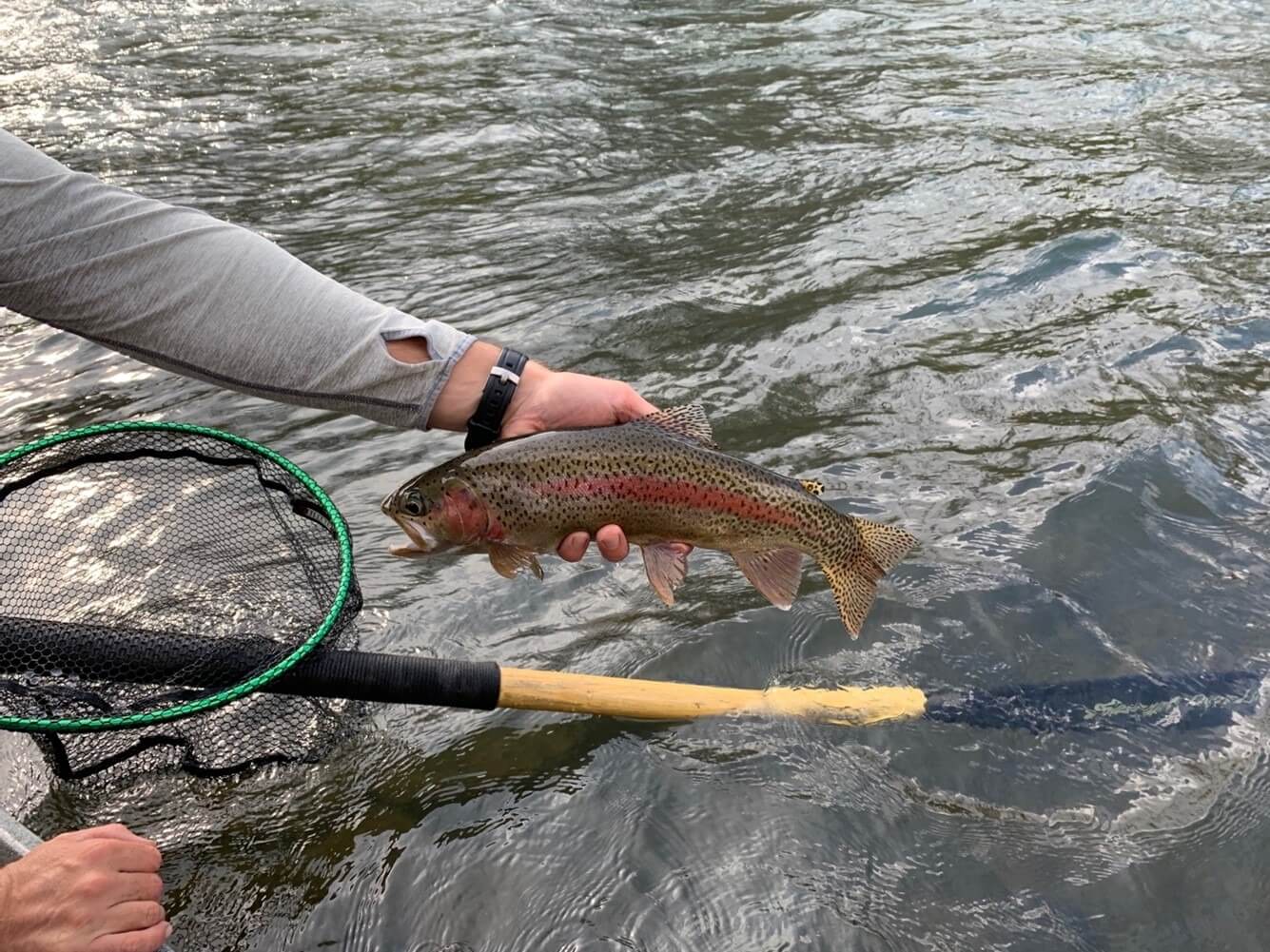 The trip was about 6 river miles and a half day was plenty of time given the numbers of fish that we landed. Clay is a terrific guide and gives gentle but very helpful coaching to improve your success. He seemed to really know where the fish were holding! While the river area is quite scarred from the fires a few years ago, the canyon is still beautiful! Fishing a storied river with good success really provided a great way to wrap up a year of fishing.