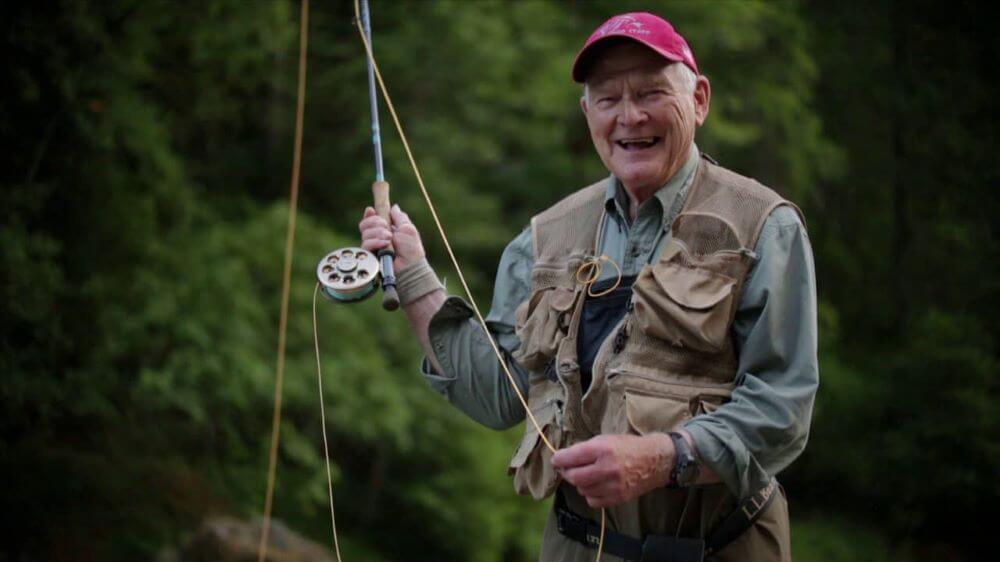 Mending the Line is the extraordinary story of Frank Moore, a 90-year old WWII veteran and fly-fishing legend, returning to Normandy to fish the rivers he saw as a soldier.

Tough as nails, gentle as a poet, and determined as a badger, 90 year-old Frank Moore loves to fish. A World War II veteran, in 1944 he landed along with some 150,000 other troops on the beaches of Normandy, France for the D-Day allied invasion. Despite the cacophony of war around him, the young avid fly fisherman couldn’t help but notice the productive fisheries on the rivers he and his fellow troops crossed as they made their way into occupied France.

His lifetime accomplishments as a fly fisherman, conservationist and a veteran have earned him many awards, including the prestigious Chevalier of the French Legion of Honor, and recent induction into the Fresh Water Fishing Hall of Fame. He has guided and fished with many famous anglers, including actors, congressman and executives. He built and was the long time proprietor of the world renowned Steamboat Inn along the North Umpqua River. And now, reflecting back upon his life, he feels compelled to return to the rivers of Normandy, this time armed not with a gun, but with a fly rod and reel. He is joined by his wife of 70 years, Jeanne, and his son Frankie. 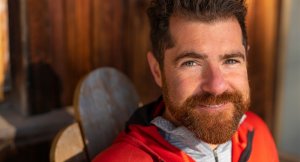 When John was 5 years old he caught the biggest largemouth bass in the state of Oregon. He grew up in the Umpqua Valley, where the opportunity for outdoor adventure was as thick as a blackberry patch in late August. From gathering arrowheads along the edge of the stream behind his house, to scrambling up Mt. Thielsen on a whim, John’s love of the outdoors took  root early, inspiring him to pursue a life in celebration and protection of natural spaces. After sampling a career variety pack that included being an adventure guide, jumping smoke on a hotshot crew, and — perhaps the most daring of all — a year as a high school science teacher, John founded Uncage the Soul Productions in 2004. Now he lives along the edge of the Impassable Wilderness in Portland, directing, producing, and editing adventure documentaries, commercial shorts, and cause-related campaigns. (The new record for biggest largemouth bass was set in 2002, and has yet to be beat!)