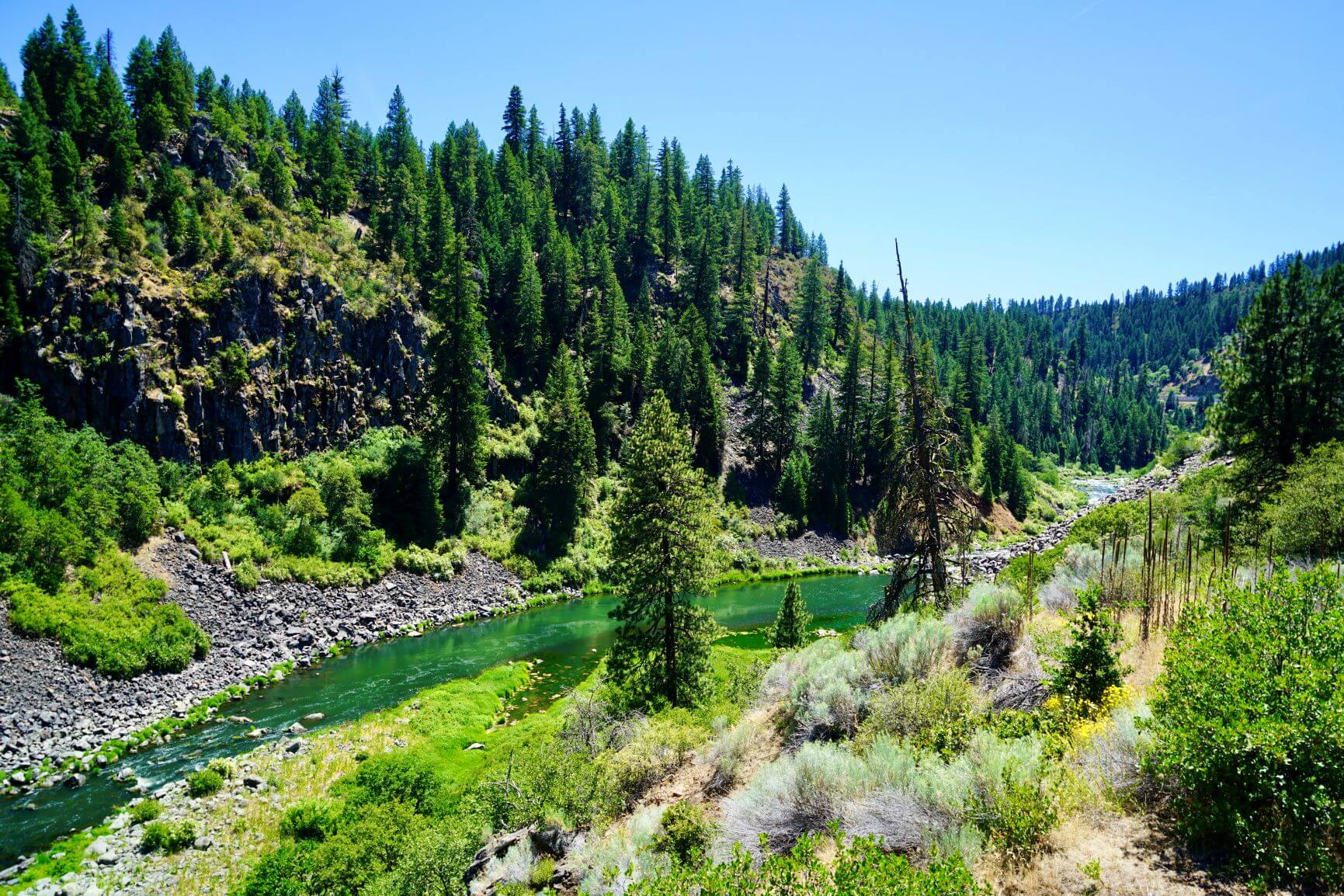 Scenic section of the Klamath River

Editor’s Note: The Klamath River dams could begin coming down in 2022. The plan for demolition is nearly as massive as the dams themselves, involving multiple agencies, tribes, sport fishing groups, environmental groups, landowners, Pacificorp, and Klamath River Renewal Corporation. Will the promise of a free Klamath finally come to pass? Native Fish Society’s Southern Oregon Regional Coordinator, Kirk Blaine, catches us up on the latest in this long and complex saga. LKH

Nestled in South Central Oregon is the beautiful Klamath River Basin, a high elevation desert home to many pristine watersheds. These small rivers and streams feed the Klamath River, one of few watersheds that travels through the Cascade mountains of the Pacific Northwest. There is one big issue restricting the thriving populations of native fish from flourishing in this system – dams. 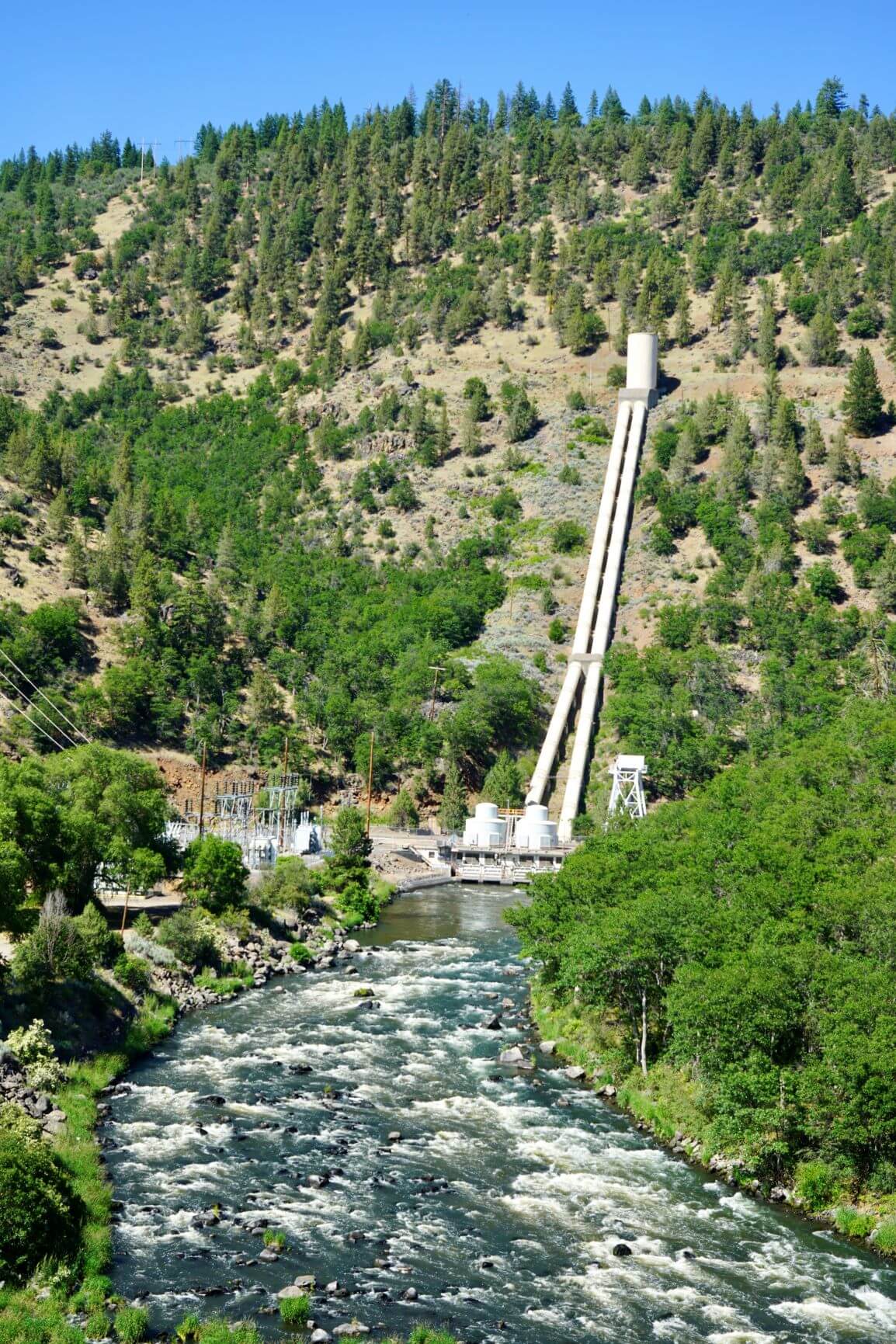 Over the past four decades, advocates, conservationists, and tribal nations have worked together to restore a free-flowing Klamath River to help support communities, fish, and the entire ecosystem. Currently, the four lower dams on the Klamath River are scheduled for removal starting January of 2022.

Historically, the Klamath basin was home to multiple anadromous species including, Steelhead, Spring Chinook, Fall Chinook, Coho salmon from Spencer Creek down, and Chum salmon near the estuary. In 1912 the construction of Irongate Dam created a barrier to fish passage for more than 400 miles of spawning and rearing habitat. Three other dams also contributed to the problem for these resilient fish, Copco 1, Copco 2, and JC Boyle. 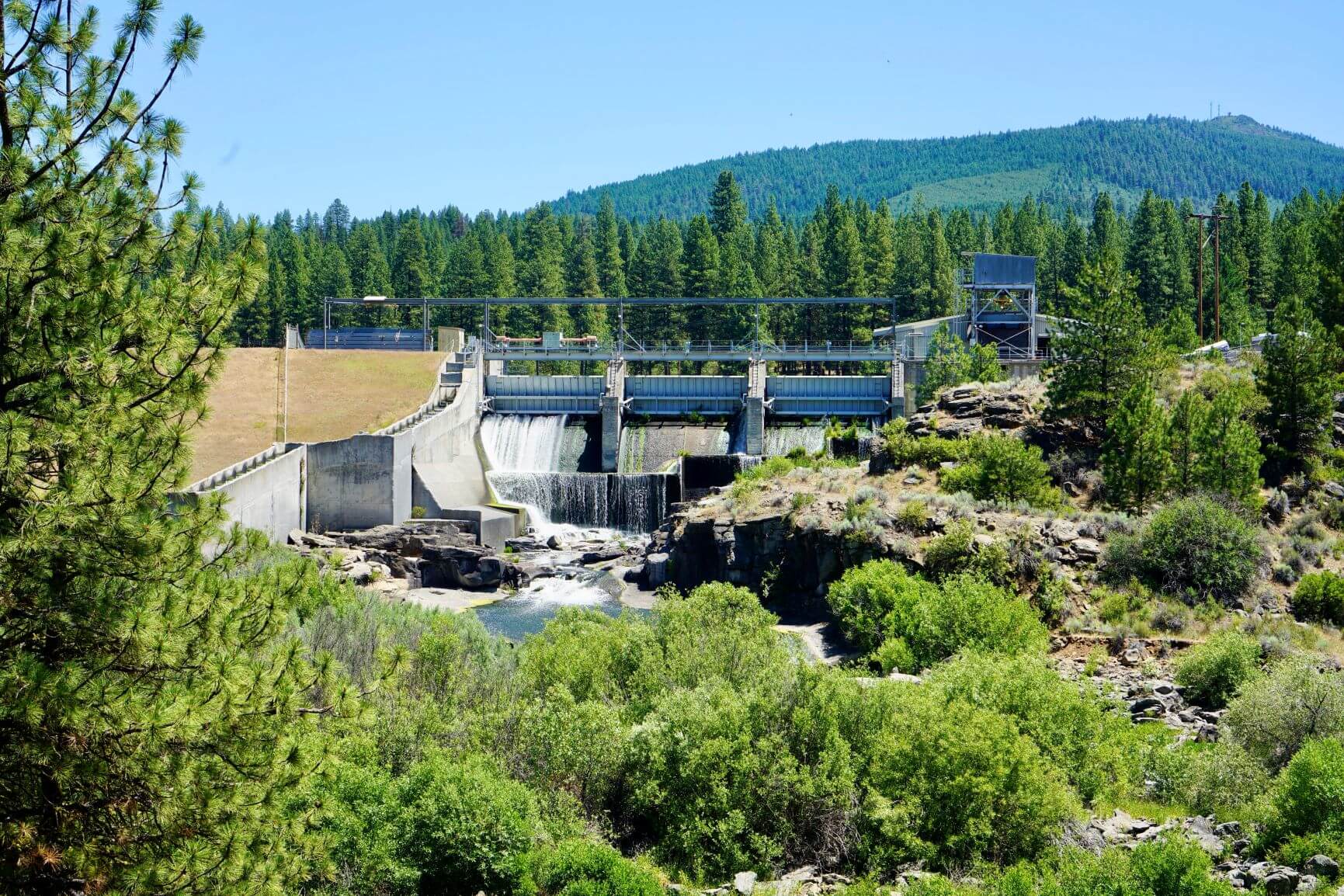 The question remains: once these dams are removed, will anadromous fish return? Let’s start with Steelhead. Yes, these fish are strong and ready to reestablish their roots in the upper Klamath Basin. Many believe both summer and winter steelhead will inhabit these pristine waters as early as one-year post dam removal.

ESA listed Coho salmon are currently found in Scott River below Iron Gate dam and are predicted to return to the Spencer Creek just above JC Boyle Dam. Hatchery releases of 75,000 fish are predicted to help restore these populations. Native Fish Society is working with fisheries managers to ensure there is a simple and smooth transition from hatchery programs to a self-sustaining population of abundant wild fish.

Fall Chinook have been returning to the base of Iron Gate dam for many years. This point marks the farthest any anadromous fish can travel upriver. With the removal of the dams it is expected that these fish will continue upriver to historic spawning grounds. California Department of Fish and Wildlife (CDFW) will be introducing hatchery fish to the river from the Fall Creek Hatchery located near Yreka, California. Numbers of fish being released and reared in the facility are still unknown. These hatchery operations are restricted to eight years one day by the regional water quality permit that has been issued to the project and CDFW.

Spring Chinook in the Upper Klamath Basin are extinct and have been since construction of the dams in 1912. In collaboration between government agencies, Tribal Nations, and non-government organizations, there is work to restore a resilient population in the upper reaches of the watershed. ODFW constructed a reintroduction plan releasing smolts throughout the basin in a small-scale hatchery program. This plan is not limited to time and Native Fish Society would like to ensure that when reintroduction occurs, it is represented by the current plan. A true concern would be a large-scale hatchery operation ultimately affecting the ecological and genetic resilience of fish to return in a sustainable way. Utilizing the best available science to restore a robust and highly successful population will be crucial to ensure no negative impacts are encountered.

Currently, dam removal is in muddied waters. On July 16, 2020 the Federal Energy Regulatory Commission (FERC) granted partial dam transfer to Klamath River Renewal Corporation (KRRC). What does this mean? Well, both PacifiCorp, long time dam owner and operator, and KRRC are owners of the dams. PacifiCorp did not want ownership of the dam during the removal to exclude them from any liability.

Both KRRC and PacifiCorp are working to find a solution to proceed. If the dams remain, years of litigation and fees would follow in court for PacifiCorp. An Op-ed in the LA Times lays out the current situation precisely. Ultimately, removing the dams will benefit all stakeholders and help restore abundant populations of wild fish.

The potential for this watershed to thrive is immense. The restoration of the Klamath River will write a new chapter in river restoration history. It will show and support conservation work throughout the Pacific Northwest. Native Fish Society will work to keep you updated as the process continues and how you can help. We are working with local fisheries managers and Tribal Nations to ensure the restoration of the Klamath basin is done in the most sound and sustainable fashion.

Here is what you can do to show your support and advocate for dam removal:

Native Fish Society is a regional based non-profit that advocates for the recovery of wild, native fish and promotes the stewardship of the habitats that sustain us all. If you would like to learn more or have any questions with this or any other work Native Fish Society is currently involved in, please contact Native Fish Society’s Southern Oregon Regional Coordinator Kirk Blaine at kirk@nativefishsociety.org.