Editor’s Note: I am grateful that wild salmon and steelhead have the tireless devotion and expertise of David Moskowitz  at The Conservation Angler. He continually advocates for science-based policies to manage Columbia River Fishery regulations. It’s difficult for those of us who love to chase summer steelies to think about leaving the two-handed rod at home. But even when trying to target hatchery fish, there is risk to incidental “take” of wild steelhead. Dave sounded the alarm last month when Washington state opened up portions of the Wind and Little White Salmon to steelhead fishing. He has has data to show that wild steelhead will be impacted because they greatly outnumber hatchery steelhead. He bluntly states to fishery managers that, “If it were not for wild salmon and steelhead, there would barely be any salmonids in the Columbia River right now.” Below is an op-ed  from Dave that shows some of this year’s concern regarding Columbia River salmonids along with an admonishment to ODFW . LKH 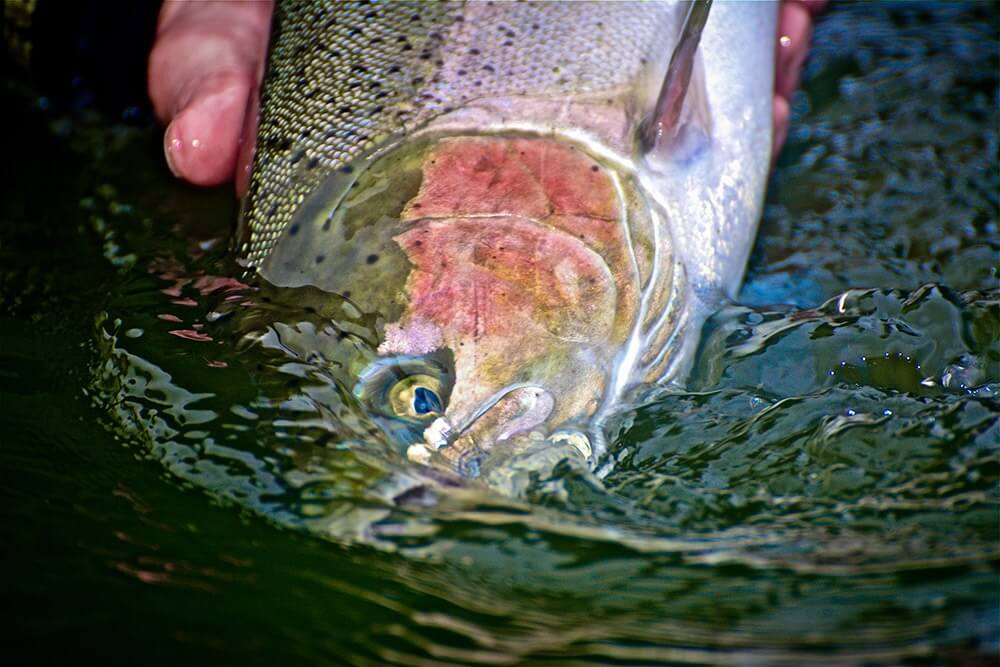 Without Wild Fish There Are No Fish and No Fisheries

The only reason there are any fisheries in the Columbia River and tributaries right now
is due to the abundance of wild sockeye, wild summer chinook and wild steelhead.
The 2020 sockeye return is expected to exceed 230,000 fish – most heading to the
Upper Columbia River where wild sockeye have been rebounding since the late 1990s
– and rebounding again from the massive fish kill in the summer of 2015.
Additionally, the Upper Columbia summer chinook – a wild population that is not ESAlisted – is returning in greater numbers as well. Summer chinook return to the upper
Columbia as well as the Snake River (where they are listed). Summer chinook are also
produced in tribal hatcheries where approximately 60 to 70 percent are fin-marked. It is
the number of wild summer chinook that drives the fishery – a small blessing in a 2020
season punctuated by closures and fishing failures.

If it were not for wild salmon and steelhead, there would barely be any salmonids in the
Columbia River right now.

Oregon and Washington approved a hatchery chinook-only fishery to reduce the
number of hatchery summer chinook returning to wild summer chinook spawning
streams in the Upper Columbia – but only after it was clear that any fishery had to
completely avoid encountering Snake River sockeye.

ODFW referred to the sockeye impacts as “ESA constraints” rather than stating the
actual purpose of the ESA listing – to protect and recover Snake River sockeye as they
migrate up the Columbia River. Referring to “ESA-constraints” discounts the multimillions of dollars of public investment made to save this iconic ESA-listed salmon
species – the very symbol of the salmon and steelhead conservation efforts from Alaska
to the Columbia-Snake.

It is an insult that these collective public, private and tribal efforts are referred to as
“ESA-constraints” by the very fishery management agencies charged with their
conservation and recovery– and it is yet another indication that some agencies are bent
towards consumptive use rather than conservation.