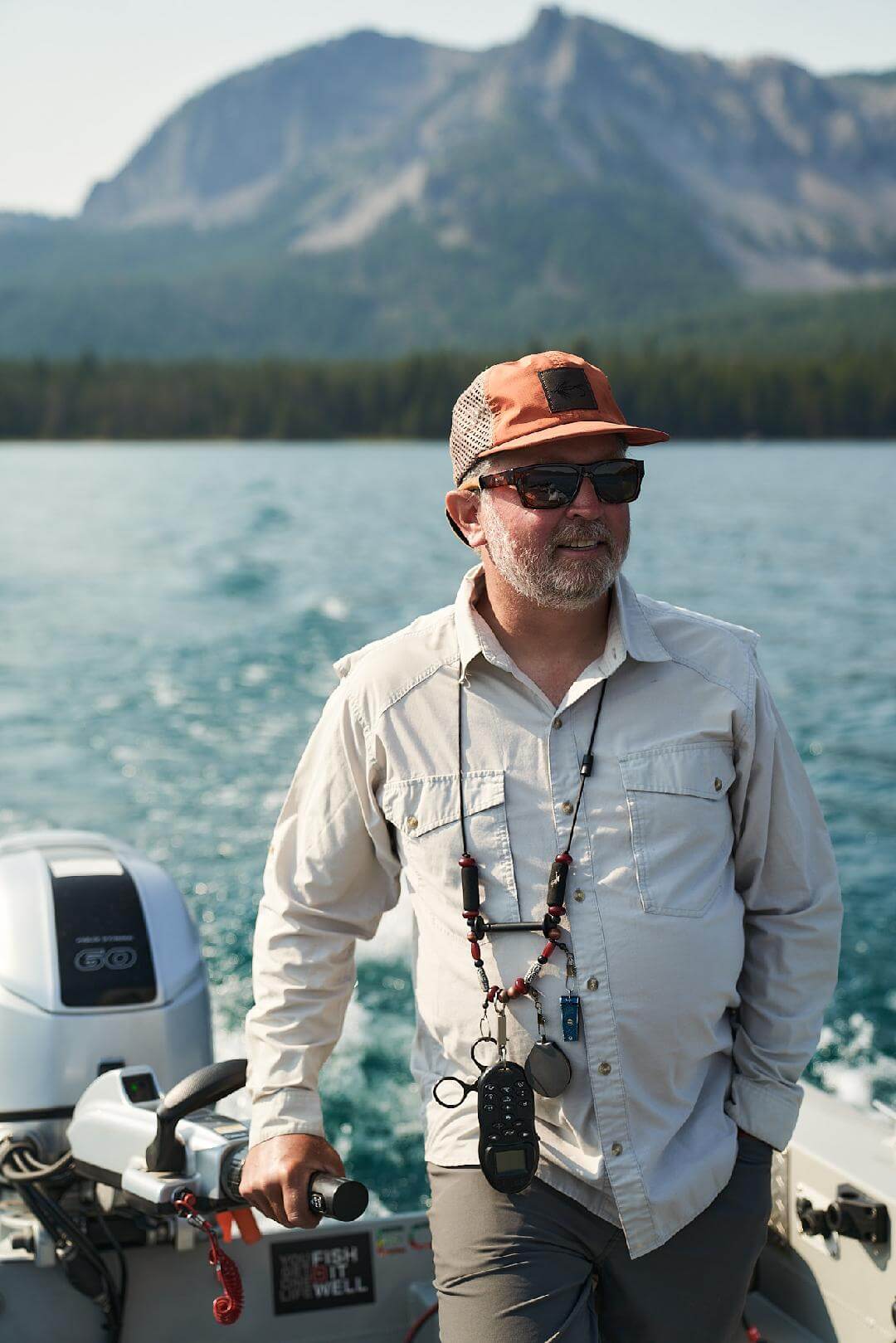 Jeff Perin of The Fly Fisher’s Place in Sisters, Oregon

Note:  Janet had a great visit with Jeff about his views on conservation, the future, and why he is engaged.

We are so honored to have Jeff Perin, owner of The Fly Fisher’s Place in Sisters, as our Honorary Co-Chair for this years auction!

He was gracious in responding to my request for this role, saying “What a lovely honor to be asked and thought of so highly by peers and colleagues and perhaps clients too?” (Yes, Jeff, all of them!)

Perin is not only a great angler, guide, and business man… but he is also a committed community member for fish and water conservation.

Jeff is a man who is engaged with organizations who focus on conservation, who is part of community solutions to support changes that make our rivers and fish healthy and safe; who promotes fish conservation; and who donates to nonprofits whose conservation work rehabilitates, restores and develops free, clean watersheds and healthy fish.

His conservation activities are broad, and include his role as a Board Member in WaterWatch; who has engaged with the Deschutes River Alliance, along with the Lower Deschutes and Crooked River fishing communities. He’s had a US Senator visit his shop to talk about the River Democracy Act for fly fishing businesses, and has been acknowledged for making great fishing possible by supporting conservation of Oregon waters.

He has worked at the grass roots level, contributing to nonprofit conservation organizations; has hosted Bend middle-schoolers in his shop to talk about how vital it is to protect rivers for wildlife, clean drinking water and the future of our planet; and who builds into his work fishing and guiding to ensure anglers know the critical best practices for fish and water.

“For me, overriding everything, is just how much I deeply, deeply care for those fish,” said Perin.

Even in his fishing travels to other countries like New Zealand, Patagonia, and Chile, he seeks out information on their conservation efforts. For the most part, there aren’t any.

Perin explained, “There is environmental destruction of riparian areas by bulldozer. We did that 50 years ago, learned from it, but they haven’t caught up. Anglers are sharing conservation efforts from Oregon. I asked them, why are you deforesting, building roads, dams, etc? I have written letters to foreign governments to point out what you are doing.”

Arenz talked to Perin about The Flyfisher’s Foundation, having raised nearly $463,000 for grant projects on research and conservation to date. I told him we were right on the cusp of hitting the half-million dollar mark in grant funds. Our target this year is to hit that mark.

“I’m so proud of you guys for what you are doing, raising that kind of money!” he said.

“In this period of extreme drought in Oregon, it is more important than ever to work on conservation to save wild fish. The more money that flows… provides opportunities to fix the problems we have been fighting for decades. We don’t have decades anymore.”

Remember to mark your calendars for this year’s FCO/FFF Auction – Sunday May 15 – Saturday May 21st!