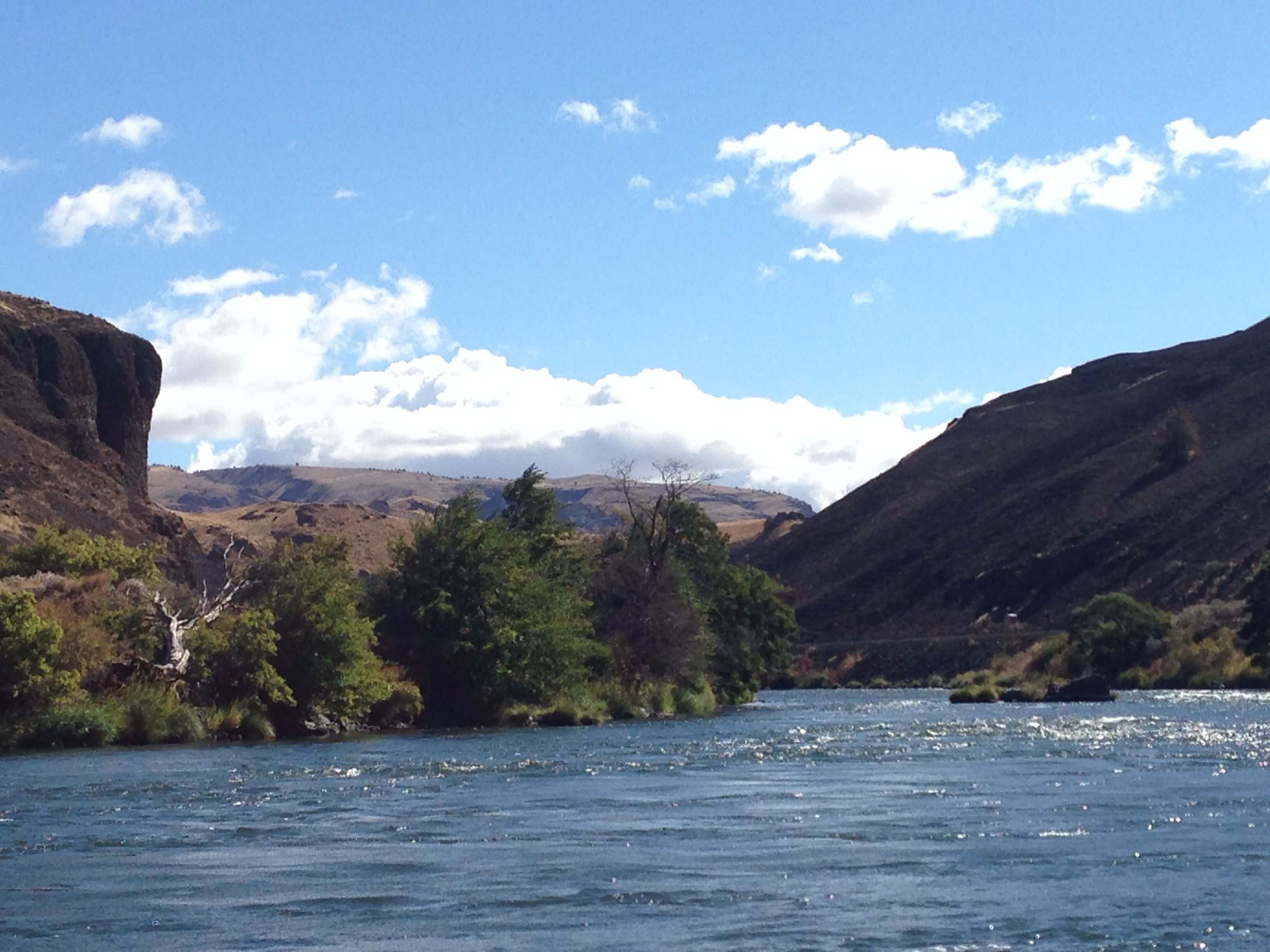 Editor’s Note: This piece comes from the archives of our non-resident member, Dr. Barry Mayer. As we head into the lazy days of summer the fishing frenzy may slow but you can often find pleasant surprises when your mind is lulled by the current. lkh

I am told that March and April are probably the best months to fish Lower Bridge on the Deschutes River. I can think of three reasons why I wasn’t there for the high season. I didn’t know where it was, I was somewhere else and I didn’t know when the optimal time was. Nevertheless, a friend who knows the river well suggested we give it a try even though it was early June. My wife and I were in Camp Sherman for a few days so it was only a 35-40 minute drive. There were four of us heading out about 9 o’clock on a chilly, bright clear morning.

Having arrived at the turnout, we slithered into our waders, put up the rods and scrambled down the steep porous basalt to a narrow but well worn track along the river. The water was low and mostly slow flowing, but there was an occasional faster area with broken water. Two of us dropped in at the bottom of such a run of about 150 yards. I started along the near bank while my taller partner crossed and began working up the other side. I saw him hook and release a couple of fish of ll-12 “. I was fishing upstream with a soft hackle and noted a fish working just under the willows to my left between a grassy covered tuft and the bank. Switching to the left hand I dropped the fly in the narrow channel directly above the rise and was soon releasing a beautifully colored brown trout after the obligatory display of rebellion by the 10 inch fish. Settling down after that excitement I began working back upstream in fairly heavy current and very uneven footing, casting behind and around each rock and hummock that might hold a trout. I was beginning to get discouraged as I saw a few more fish released across the river.

As is my habit, when the catching is slow, I began taking in the surroundings. The high sides of the canyon, the occasional red winged blackbird, the dragon flies gracefully darting and hovering and the vegetation each were studied singly and as pan of the more global experience. In spite of the slow action in the water, it was a very nice place to be.

After many years of fly angling, I still remember the advice given by my first flyfishing mentor, an old angler and flyfishing shop owner from Englewood, Colorado. He said that the most important thought one needs to keep in mind is that in order to catch fish you must always believe the fish are there; not a great mind bender but a very important maxim. I knew the fish were there. I’d seen them, hadn’t I? So, I was casting, allowing the small fly to flutter quietly to the water’s surface and stripping line as it floated down toward me on the current. After many iterations of this ritual I was nearly mesmerized when on one cast the line straightened and began to drop but never got to the surface. Instead, the fly seemed to disappear while the end of the tippet floated briefly in the air. In the fraction of a second it took me to realize what had happened, I worried that perhaps I had popped the fly off on the backcast. I knew that couldn’t be so since the casts were very short and soft. Still unsure of what had happened and not having taken my eyes from the end of the line, I noticed a dragonfly hovering about where the tippet seemed to end. When it began to fly off, the tippet followed! Just then it dropped my fly. The size 18 soft hackle had been plucked from the air by the dragonfly and was only dropped when it felt the resistance of the leader in the surface film. In over thirty years of flyfishing this was a first for me.

I’ve had swallows pick up a fly from the surface, bats pick them out of the air and seen nighthawks dive and swoop after a big salmon fly imitation. I never imagined my fly being taken by a dragonfly. Apparently these large graceful insects are territorial and the darting and hovering marks their claimed airspace. When hunting, they cup their legs and catch insects in the basket that forms. Usually they will light on some vegetation to eat the prey but sometimes will munch it down while still in flight. In the future, when the fishing is slow and there are dragonflies about, I think I’ll tie on a small soft hackle and see whether I can hook an aeschnid. 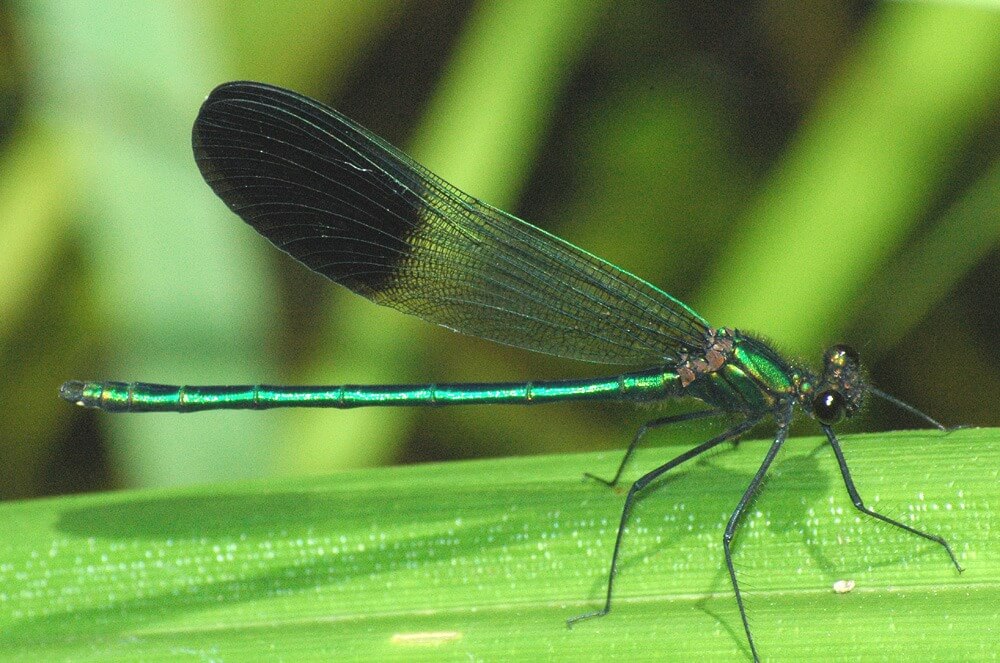