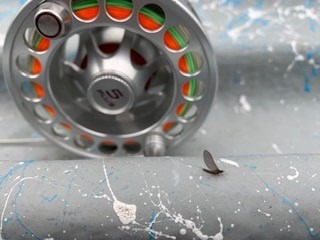 Join us to hear from John Wall of the Portland Fly Shop, and Chris Matthews of Semper Fi Guide Service, about the fly fishing opportunities on the Lower Mckenzie and Middle Fork Willamette outside Eugene. Learn about access points, hatches, and flies for these two underutilized fisheries. 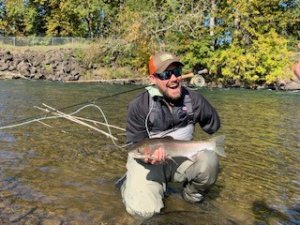 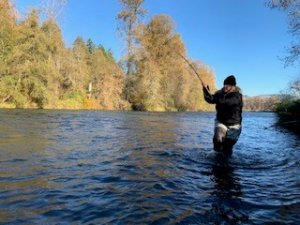 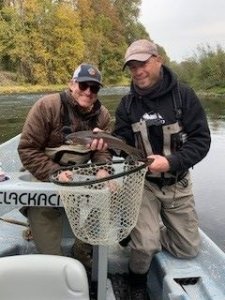 John Wall started fishing with his grandpa and dad when he was very young. He started mostly trolling lakes for trout and then progressed to salmon. They would fish for spring salmon at Oregon City and on the “Channel.” Then they would fish Buoy 10, Nehalem, and Tillamook in the fall. His dad bought their first jet sled when he was 17; it was pretty much his boat. They moored the boat at Oregon City in the spring, and John lived down there on the river — fishing for spring chinook on the Willamette and the Clackamas. He would spend most of his free time in the fall fishing the Nehalem.

When John was 18, he and a group of friends floated from Pine Tree to Heritage Landing. He had purchased a fly rod and a few flies form Larry’s Sporting Goods. A friend on the trip fly fished and was going to show him how it was done. After the trip, his friend said, “John, you suck at fly fishing, you should take a fly fishing class.” So he did, with Washington County Parks and Rec. and he has been fly fishing ever since.

A couple of years after he caught the fly fishing bug John started fly fishing for steelhead. He started out using a single hand rod, swinging flies and nymph fishing yarnies (Glo Bugs). Then, in 2006, he met Matt McCrary and got into the two-handed game. He took a casting lesson and steelhead class from Matt, they became good friends. In 2008, he started working for Northwest Fly Fishing Outfitters (NWFFO) for Jon and Jack Haggen, with Matt McCrary and Jason Osborn. In 2009, after return from 8 months of active duty with Navy, he started teaching fly fishing classes and guiding trout trips. He continued work at NWFFO, until 2018, when he opened The Portland Fly Shop with his partners Jason Osborn, Donna Osborn, and wife Mo. What an epic adventure it has been! 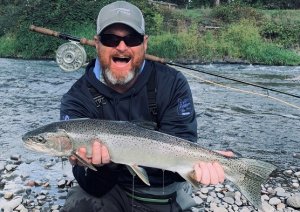 Chris Matthews has been fly fishing from the age of 10 years old where he cut his teeth in the rivers and lakes in his home state of Alaska. With the support of his family and extended family, he was fortunate to be able to travel and fish on a multitude of waterways in the western United States. Chris wound up moving to Junction City, OR in the middle of his junior year of High School. It was at that time Chris discovered the beauty and wonder of the McKenzie and Willamette Rivers. In 1998 Chris enlisted into the United States Marine Corps. From 1998 to 2014, Chris traveled to many unique and interesting places around the globe which provided opportunities to fish in some exotic, and some less than exotic locations. In 2014 Chris retired from active duty in Quantico, VA, at that time his father and he set out on a one month adventure to fly fish their way across the continental United States targeting some of the most storied waters written about and also some of the old backcountry waters that Chris’ father and grandfather used to fish in Montana.

Over the years Chris had the privilege of many fly angling mentors pass on their knowledge and experience to him, now Chris takes pleasure in passing that knowledge and experience with any angler who allows him an audience. Chris is the owner-operator of Semper Fli Guide Service and enjoys instructing many forms of fly angling tactics and techniques, especially those based around two hand rods and the many ways to use them. Chris’ passion for the sport has lead him to this point, where he is a conservationist, guide, instructor, volunteer, and a hopeless Steelhead addict.