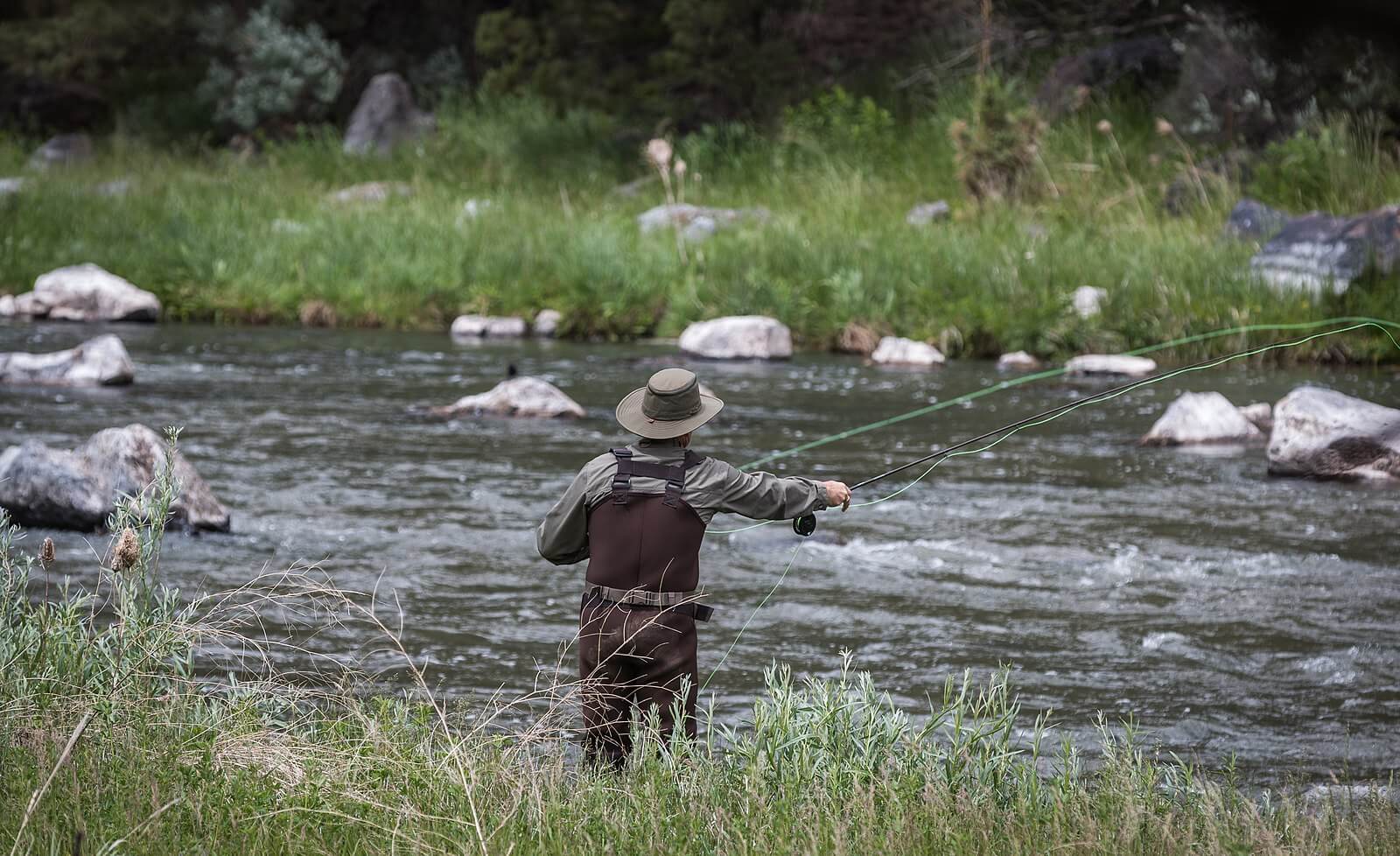 Editor’s Note: WaterWatch was the recipient of the 2019 Keith Hansen Memorial Paddle Raise held at our annual auction (when we could hold one!). The paddle raise garnered a record $31,050 in donations from you for WaterWatch’s work on the Crooked River. WaterWatch’s Executive Director, John DeVoe, updates the Club Membership on the progress on the Crooked, thanks, in part, to your generosity and support. Mr. DeVoe cautions that, “There’s going to be a lot more work needed before this thing gets resolved. But, this is a significant development and should result in moving towards restoration of streamflows and expanded fish habitat on the Crooked.” The FCO members and your Fly Fisher Foundation are working to make good things happen for Oregon’s rivers and fish. LKH

The Crooked River is an important tributary of the Deschutes River. Offering superior fly angling for trout in tributaries like the North Fork Crooked, and a short reach below Bowman Dam, the main stem Crooked’s streamflows and water quality are highly compromised for most of the 70 plus mile reach below Bowman Dam and above the canyon on the Lower Crooked where massive groundwater springs refresh streamflows in the last few miles above Lake Billy Chinook. It doesn’t have to be this way. The Crooked offers one of the best river restoration opportunities in Oregon, with the potential for excellent redband and anadromous fish habitat – if streamflows can be restored. Unlike many streamflow restoration opportunities, this opportunity already has water available. A major key to restoration is to secure instream legal protection for stored water behind Bowman Dam already designated by federal law “for the maximum biological benefit of fish” once this water is released.

WaterWatch played a central role in negotiating, drafting and securing the passage of the Crooked River Collaborative Water Security and Jobs Act of 2014 (the Act), which passed at the end of the 113th Congress in December 2014 and was signed into law by President Obama.

This was no small task. After 40 years of fighting over roughly 70,000 acre feet of unallocated water (in a normal water year) stored behind Bowman Dam, this federal legislation grants that water to downstream fish. In addition, the Act states that this water must be managed “for the maximum biological benefit of fish” downstream of the dam. The Act also requires the Bureau of Reclamation (the Bureau) to release water this water for fish and to provide that water from Bowman Dam to Lake Billy Chinook. These federal legal requirements set the stage for restoring streamflows, improving water quality and restoring fish habitat in the 70 plus mile reach between Bowman Dam and Lake Billy Chinook. In a normal water year, expected streamflows would be about 80 cubic feet per second, subject to the needs of fish.

Transfer Matter. From 2015 to January 2017, WaterWatch worked to secure the transfer, including negotiations with state and federal agencies to support the transfer application  The BOR applied for the water right in January 2016.  . However, the application wasn’t adequate so WaterWatch and ODFW challenged the application. In January 2017, after a year of negotiations and a legal challenge using state administrative laws, WaterWatch and ODFW successfully negotiated  new water storage right that reserved roughly half the water behind Bowman Dam for downstream fish and wildlilfe. This result achieved the first point above – the transfer of stored water to a fish and wildlife use. This allowed the project to actually store the water for fish and wildlife use but, importantly, the transfer, by itself, did not provide any legal protection for that water instream once it was released from the reservoir.

Secondary Water Right. Despite the litigation and settlement on the transfer issue, the Bureau continued to refuse to apply to Oregon for a secondary water right for flow augmentation to protect released water from use by downstream irrigators in the reach between Bowman Dam and Lake Billy Chinook., due largely to back room political pressure by the irrigation districts. This was occurring at the same time the districts were trumpeting their collaborative approach to water solutions in the Deschutes Basin. This result frustrated the purpose of the Act which requires the Bureau to provide that water for the entire 72 mile reach from Bowman Dam to Lake Billy Chinook. Without legal protection under state law for the released fish and wildlife water, it has been used by irrigators along this reach who have live flow water rights in the Crooked (i.e., they can use water if it is flowing by and not legally protected for another use) but who have no contract or water right to use any stored water from Bowman Dam. Their windfall (diverting water even though they have no storage right or contract to use that water released from storage) significantly harms streamflows, fisheries and water quality in the Crooked, undermining this restoration opportunity and frustrating the purpose and intent of this bi-partisan restoration legislation

As a result of all of this work, the USFWS included two “alternatives” in their draft Environmental Impact Statement for the Deschutes Basin Habitat Conservation Plan that required this secondary water right. While neither of these alternatives was the “preferred alternative” chosen by the irrigation districts, so it is not part of the final Habitat Conservation Plan, the new Biological Opinion under the Endangered Species Act, which covers the actions of the irrigation districts and the operations of Bowman Dam by the Bureau pursuant to the Habitat Conservation Plan, does direct the Bureau to apply for the secondary water right for flow augmentation and to defend vigorously that application against any challenges.

Conclusion. This is a major accomplishment and should begin to break up the logjam on restoring streamflows and fish habitat in the Crooked from Bowman to Lake Billy Chinook. WaterWatch’s work, with the support of this grant, was essential in this being a term and condition of the new Biological Opinion and creating this opportunity to begin to restore many miles of fish habitat on the Crooked below Bowman Dam. While there are other threats to the Crooked and the Deschutes that need to be addressed and there will be significant time spent on the state administrative process to get the secondary water right established, our analysis is that the secondary water right for flow augmentation will be established in time.  This will be a major plus for anadromous and resident fish habitat in the Crooked. We are very grateful for the FFCO support on this matter and strongly believe that this gift was instrumental in advancing one of the great river streamflow and fish habitat restoration opportunities in the West. Of course, there is always more to be done, but these developments are a major step forward for the Crooked and the Deschutes Basin.