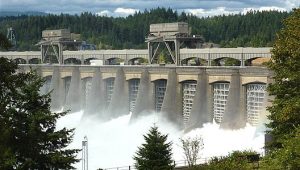 Editor’s Note: Our Conservation Chair, Dave Moskowitz, provides us with the latest data on salmon and steelhead runs on the Columbia. Please take the time to read his notes that include caveats related to the numbers and policy (or lack thereof). Thanks Dave for sharing this vital, albeit depressing, information for the conservation-minded fly fisher. LKH

Here is a current snapshot of the 2018 migration as of June 15, 2018 for spring chinook and sockeye, as well as an update on the forecasts for summer steelhead into the Columbia and Snake Rivers.

Bonneville Dam on the Columbia River:

Notes:
-Wild spring and summer chinook are not completely distinguishable from hatchery chinook at the Bonneville Dam counting station so it is very difficult to know if ESA-listed Upper Columbia and Snake River spring chinook are returning in adequate numbers to their natal rivers.
-Most spring chinook harvest takes place in the lower Columbia before the migration forecast can be proven by passage over Bonneville Dam or before wild chinook abundance on their natal spawning grounds is surveyed in the late summer and early fall.
-Stellar Sea Lions are now more abundant at Bonneville Dam and Willamette Falls than the California Sea Lions and there is no approved program to address predation by Stellar Sea Lions. Of the approximately 1,000 confirmed predations around Bonneville Dam this spring, 900 of them were by Stellar Sea Lions.
-Washington will allow night fishing for salmon and steelhead along the Columbia River which is inconsistent with Oregon’s rules, and remains an enforcement problem for wild salmon and steelhead conservation.
-Tribal fishers catch wild steelhead from the 2018 run and also wild steelhead still staging or migrating from the 2017 return, and there is no accounting for their impacts on ESA-listed wild steelhead until July 1 (the date steelhead passing Bonneville Dam are counted in the 2018-2019 run-year.
-The “upriver bright” fall chinook are forecast to return in numbers barely above the conservation “floor” (200,000 to the Columbia River mouth). The forecast return is 205,000 fish – and only after ocean salmon fishing allocations were cut and the “savings” passed on to the in-river migration – all so that tribal fishers would avoid lower harvest limits required when the migration is predicted to be below the “floor.” Sport fall chinook fishing will be limited despite the pre-season run “upgrade.” The sport salmon anglers themselves proposed a series of conservation measures to limit their impacts, several of which were adopted by Oregon and Washington managers.
-The States provide only commercial and sport advisory committees for making harvest decisions that impact wild salmon, steelhead and sturgeon population health. There are no fish conservation advisory committees with whom the state managers meet with to review previous year’s spawning counts, creel surveys and resultant run forecasts. The Conservation Angler will propose the creation of conservation review advisory committees to the Columbia River Compact.

Please contact David Moskowitz if you have any questions about this information.
971-235-8953 (direct)
theconservationangler@gmail.com (email) 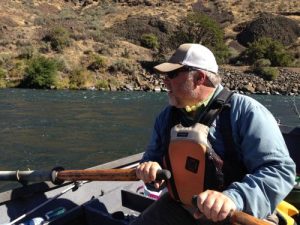