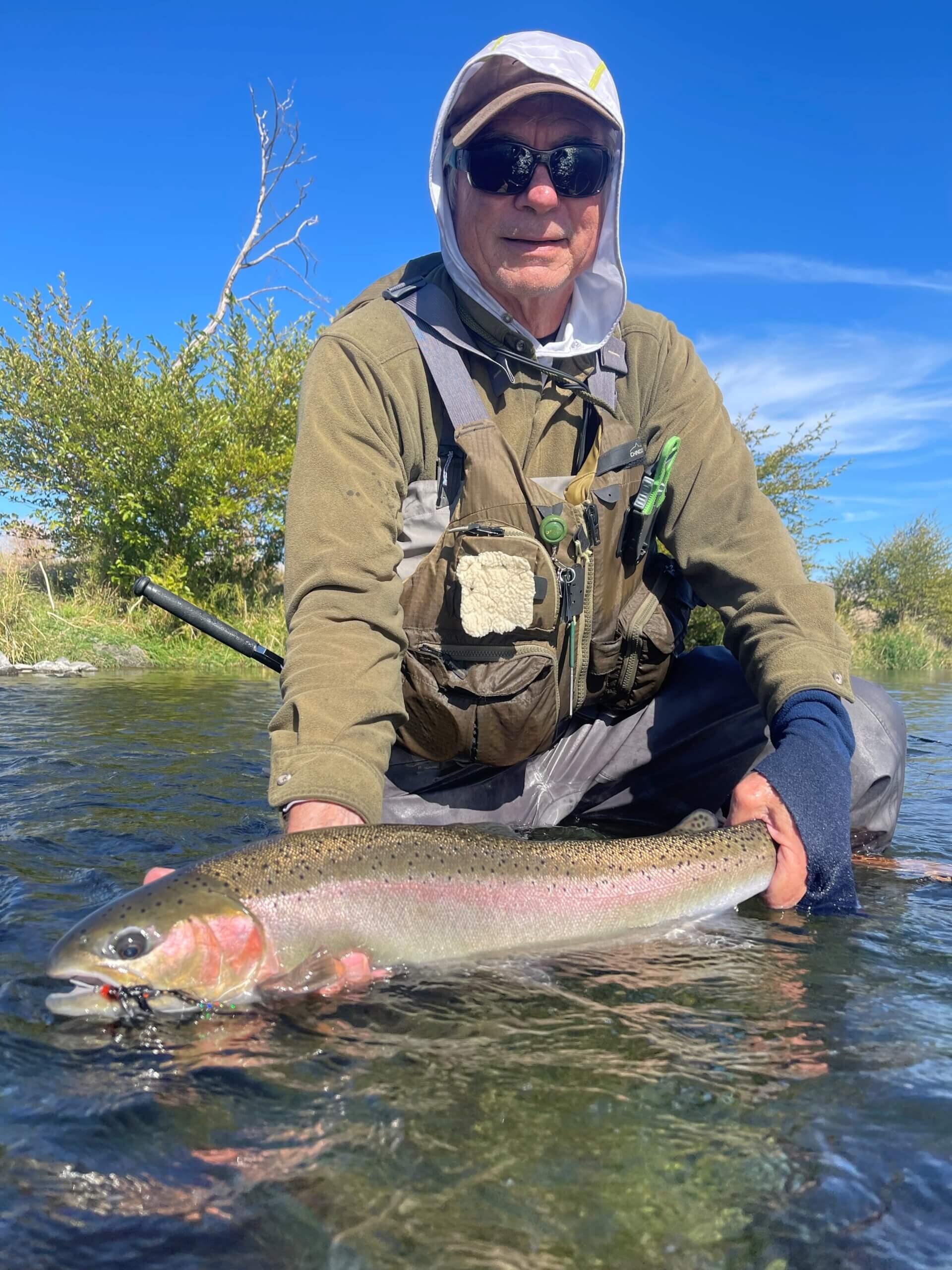 All of us are heartened by the increase in steelhead abundance after 2021. Many of us have enjoyed the opportunity to fish, float, hike, and camp on the Deschutes River for summer steelhead – it lifts our heart and spirits – especially after 2021. However, the story of 2022 Columbia River Steelhead is one worth looking at with a longer lens in terms of data, memory, and the next chapters.

The preseason forecast by state managers for 2022 was for 99,700 steelhead to pass Bonneville – no one will complain about the over-forecast of 124% but the inaccuracy of the pre-season forecasts calls into question the metrics and methodology used to make these predictions.

The 10-year average for unmarked (or wild) steelhead is 62,760 adults – thus the 2022 actual return of 37,915 fish is only 60% of the current ten-year average. Unmarked steelhead (which includes wild, natural-origin fish as well as unmarked hatchery-origin fish) comprised only 31% of the total steelhead passing Bonneville in 2022 – the lowest percentage since the 2004-2013. 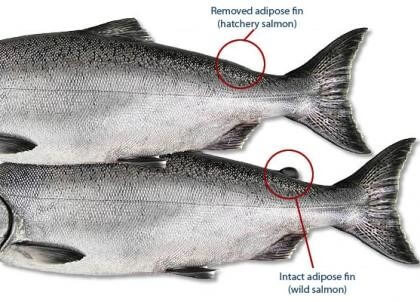 Adipose clip vs. non-clip from Idaho Fish and Game. idfg.idaho.gov

Based on past data, approximately 6 to 11% of unmarked/wild steelhead passing Bonneville are actually hatchery fish, which puts the number of hatchery-origin steelhead counted as wild steelhead in the range of 2,275 to 4,170 fish – further weakening the wild or “natural origin” component. The “real” wild steelhead count past Bonneville is closer to 34,700 fish – meaning that the 2022 return is only 55% of the current ten-year average.

Adipose fin-clipped steelhead are meant to indicate to managers and anglers that these fish are hatchery fish that may be retained. It is an important management tool that permits angling for ESA-listed steelhead under regulations approved by NOAA. Unclipped steelhead are likely counted as wild fish on the spawning grounds (at least where spawning surveys are actually done).

Some hatchery steelhead releases have been unmarked in the past, but new Federal law requires that Columbia Basin hatchery salmon and steelhead released from U.S. Fish and Wildlife Service (USFWS)-operated or USFWS-funded hatcheries must be marked before release.

Either way, in comparing 2022 to other ten-year periods, and when the percent of unclipped hatchery steelhead are factored in the mix, the current wild steelhead return can only be described as weak and getting weaker.

Circling the Drain – Year After Year, Decade After Decade – The Ten-year Average Trap

The current ten-year average being used by state managers to compare the 2022 return is 170,275 total hatchery and wild steelhead.

The best ten-year average (representing the most productive ten-year period for steelhead in the Columbia) was during the period 2001 to 2010, when an average of 405,188 steelhead returned during a period from only 12 years ago.

Comparing 2022 with this relatively recent period of abundance and productivity, the current steelhead return is 30.3% of that most productive period.

As the Columbia River heats up sooner and stays hot longer, the protection of wild steelhead and salmon using cold water refugia as they migrate to home waters continues to be a mitigating factor on the Oregon side of the Columbia River. Creation of Thermal Angling Sanctuaries (TAS) at Eagle Creek, Herman Creek, and the Deschutes River in 2020 will prove to be one of the most important conservation actions taken to protect migrating wild fish in the warming, polluted reservoirs of the dammed Columbia River.

However, there is more to do.

The Deschutes River water temperatures (measured just above Moody Rapids) ranged from a low of 52 to a high 61 F during this ten-day period – clearly providing a welcome cool water refuge for migrating steelhead and salmon.

Past “openers” have resulted in very high encounter rates in the currently closed Deschutes TAS. Given the overall status of wild steelhead in the Columbia River, and the conservation concern for Deschutes River wild steelhead, The Conservation Angler requests that ODFW work to extend the TAS for ten (10) additional days in the future – or until the Columbia River water temperatures drop below 20 C.

The large temperature difference between the Deschutes and the Columbia, and the depressed wild steelhead abundance in 2022 warrant continuing forward with a more precautionary approach. 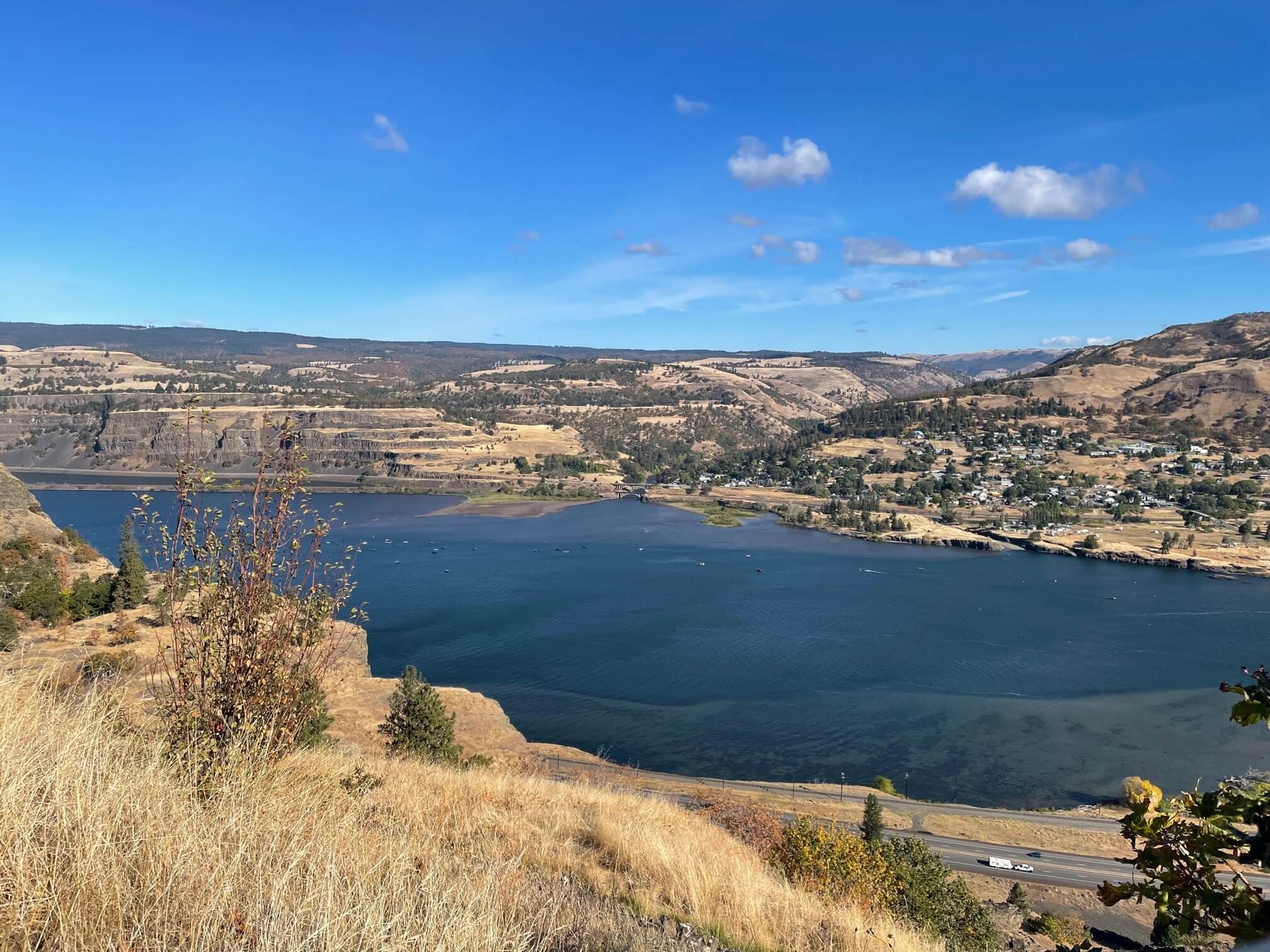 View of the mouth of the Klickitat River from Rowena Crest

Lastly, Washington Department of Fish and Wildlife continues to “punt” on the need to reduce angler impacts on wild fish residing in cold water refugia. Aside from the Deschutes, Washington is the source of several of the most significant cold water refugia – beginning with the Cowlitz and Lewis and further upstream to the Wind, Little While Salmon (aka Drano Lake), White Salmon and Klickitat Rivers. WDFW staff have questioned the science behind the EPA recommendations and essentially resist taking action despite a worsening situation of earlier arrival of warmer Columbia River water and intense angler effort focused on hatchery salmon in and around these vital refugia. 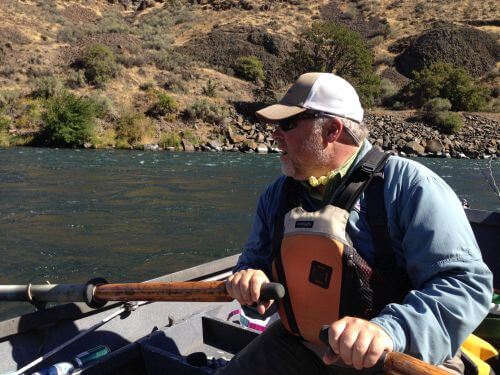 Dave Moskowitz on the Deschutes

Written and compiled by: